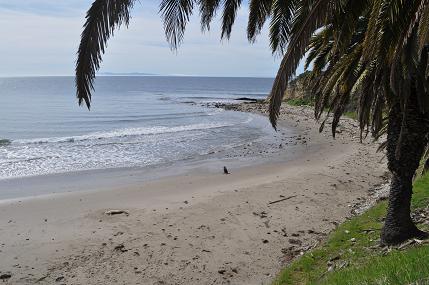 Why would anyone go to Hawaii, I asked myself as I walked along the crescent shaped beach.  Lined with swaying palms, the ocean glistened like a million diamonds, and despite the fact that it was winter, the warming rays of sun suggested a summer day.  We spotted a whale headed north, dolphins headed south, and a sea lion hauled up onto the sand.  We were camped at Refugio State Beach Campground, some 20 miles west of Santa Barbara.

The first-come, first served system ends on March 31, after which time all campsites are subject to reservations.  To take advantage, we arrived on a Sunday early afternoon and had our choice of campsites. 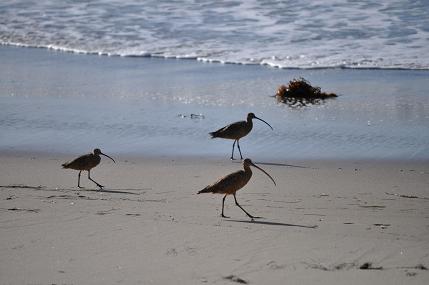 A trio of curlews 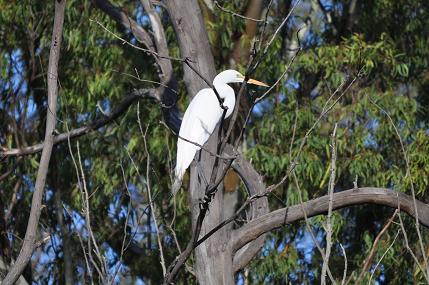 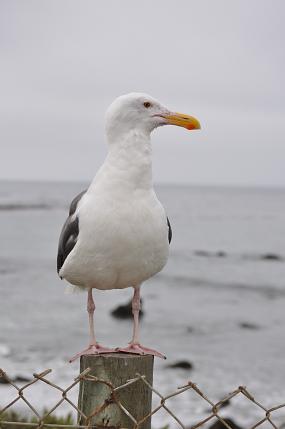 And then, of course, there was the surf:

Kirra suits up and follows her dad to the waves 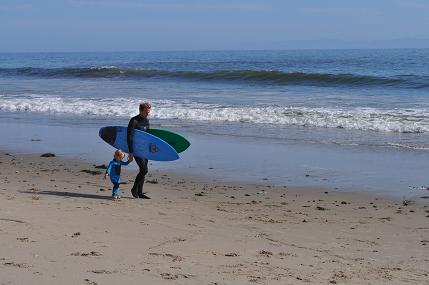 Never too young to catch the surf bug

Lots to be found on the beach

And, of course, there is always the train:

We followed the road which winds up the canyon.north of the campground   We were surprised to find a lovely resort with rental cabins, pool, jacuzzi and horseback riding.  Alan particularly liked the bar which he said reminds him of the one at the Yellowstone lodge.  The resort is about 4.4 miles up the road.  We went beyond and enjoyed some of the views over Refugio.

When the afternoon off shore wind picked up, the spray off the waves was picturesque.

Jenner points out that in Hawaii the water is warm.  Ok, I’ll admit I do love the Islands, but Refugio is a perfectly delightful spot, especially off season!

In the next few weeks we will be enjoying the desert, so this little jaunt to the ocean was special.