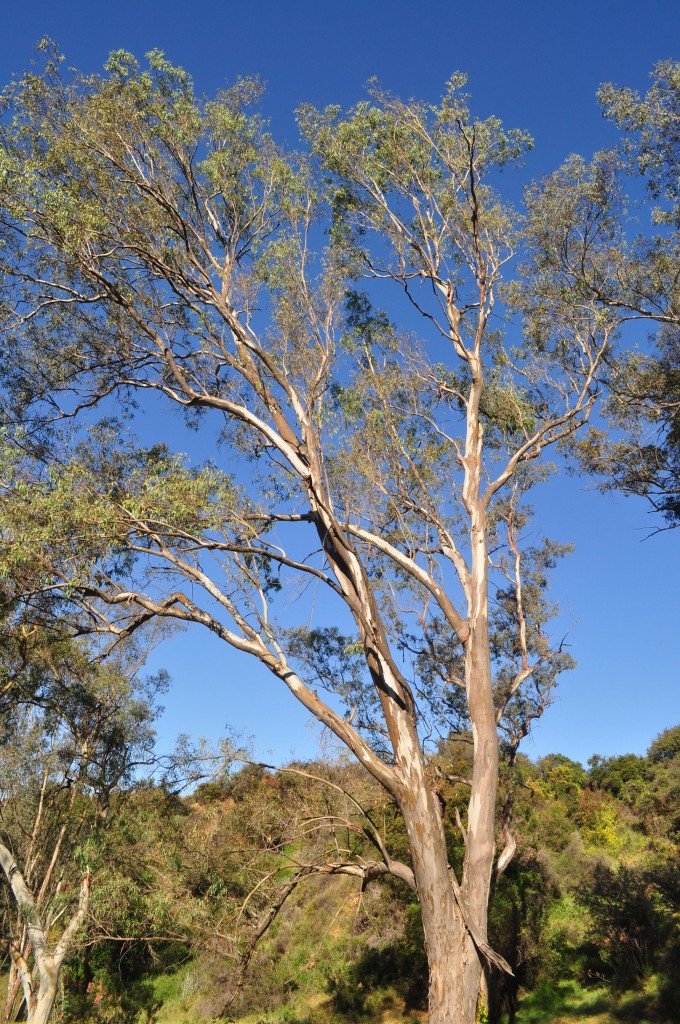 It was touted to be the “miracle tree,” a sure opportunity to get rich quick. It was the turn of the century and with redwood forests quickly disappearing at a time when re-planting was not the norm, future building was threatened. Enter the Eucalyptus tree, imported from Australia, with promises of solving the problem. It was said to produce medicinal and industrial oils, excellent timber and fuel. It would grow quickly in a variety of conditions and when felled, its roots would quickly sprout another tree. A frenzy of orders for this magical tree began and countless acres of Eucalyptus groves were planted with promises of tidy profits. More than 100 companies became involved in the industry and this craze changed the landscape of California. 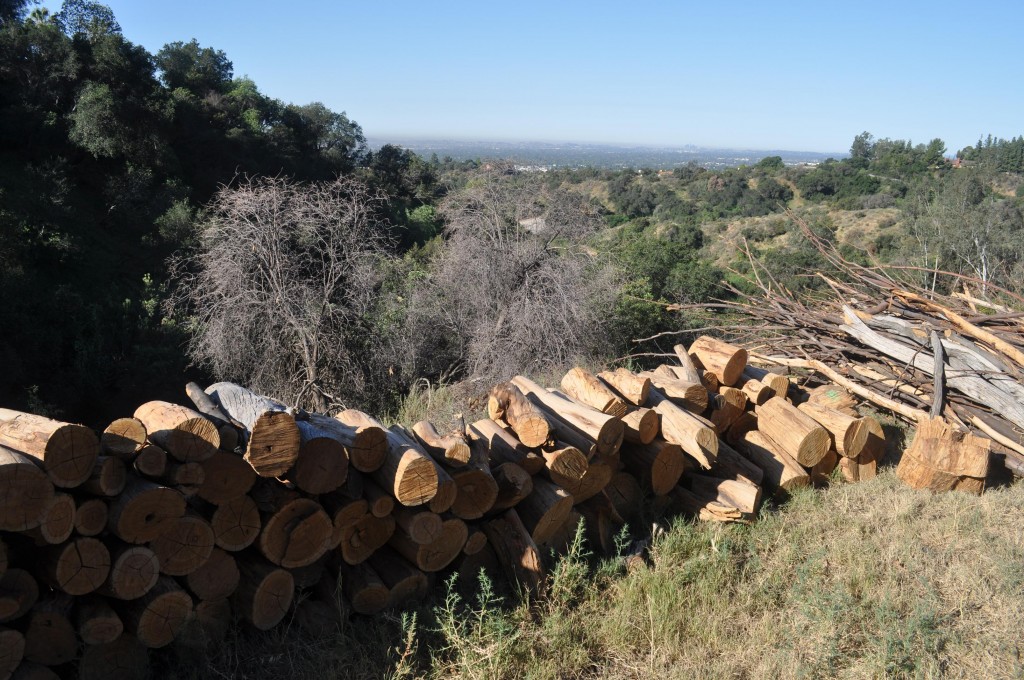 Once they realized that eucalyptus were not strong enough for building, leached a poison that threatened native trees and created a fire hazard because they are extremely flammable, eucalyptus farmers abandoned their groves. The city of Duarte has hired the fire department to remove the diseased and dying trees in a canyon on the Duarte mesa.  Work crews cut and remove the trees during certain months of the year. 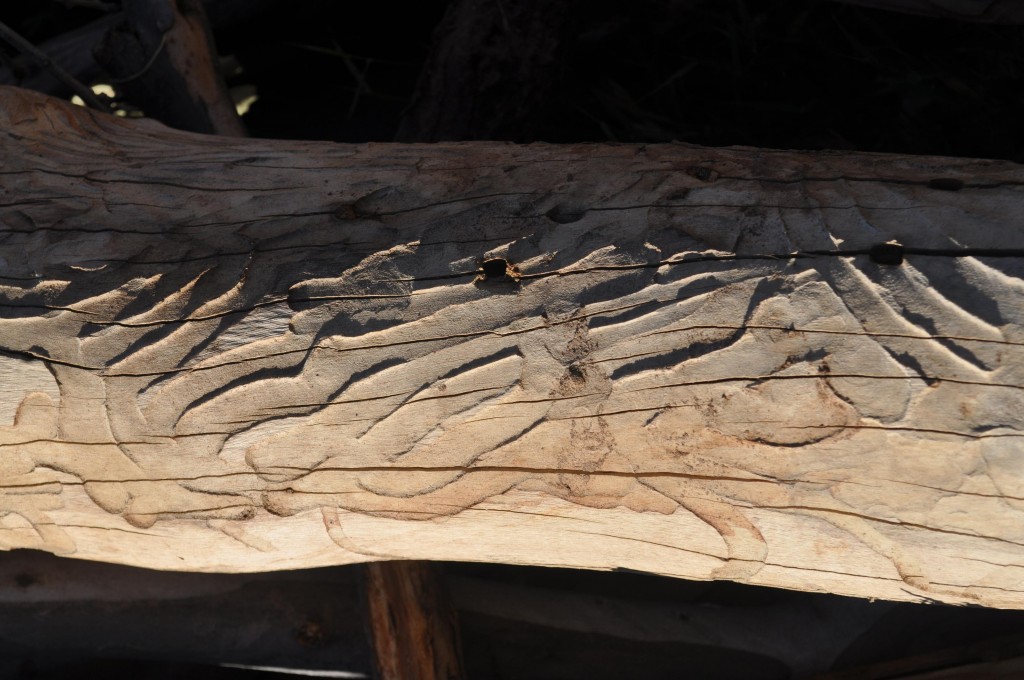 Above, evidence of burrowing beatles is found in limbs of a eucalytus log. 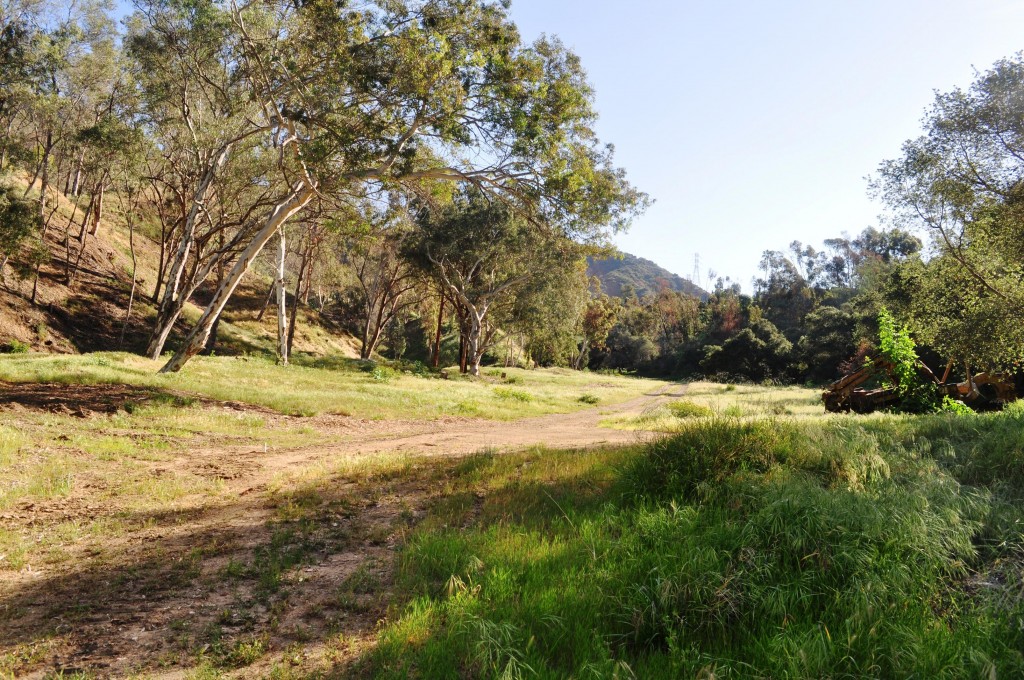 The canyon is lovely — a Shangri-La. It is designated as watershed and wilderness land and is not open to the public. Because it is in a canyon, there is a downdraft, which increases the fire problem.  The work crews are chopping down diseased and dying eucs and clearing brush away. There are remnants of the old euc farm. We have photographed the artifacts for history’s sake. They are quite interesting, and some are puzzling. 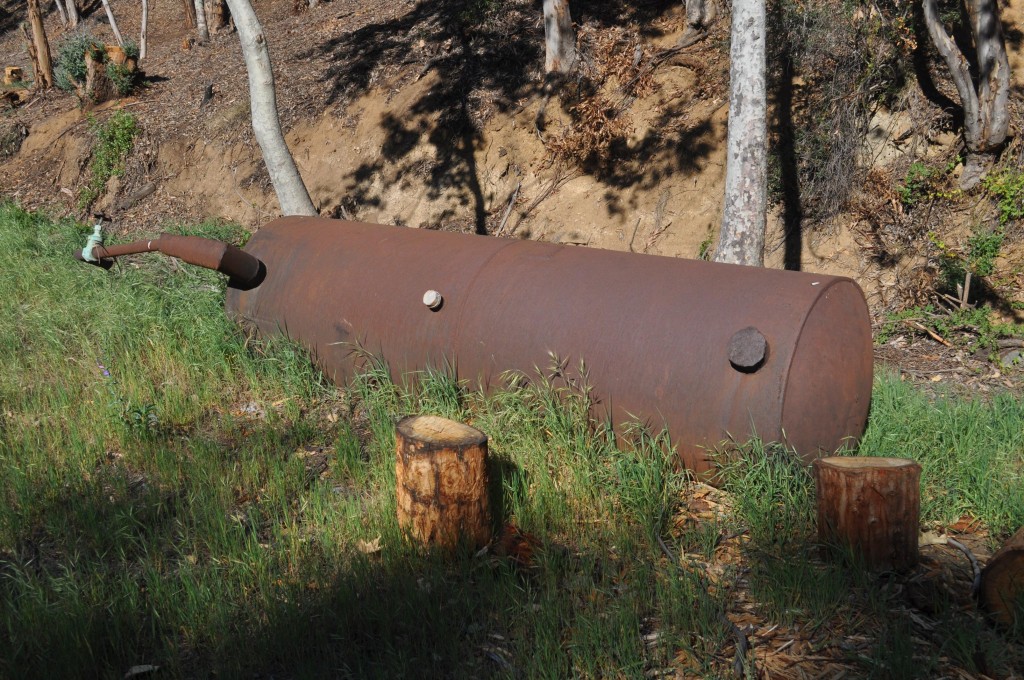 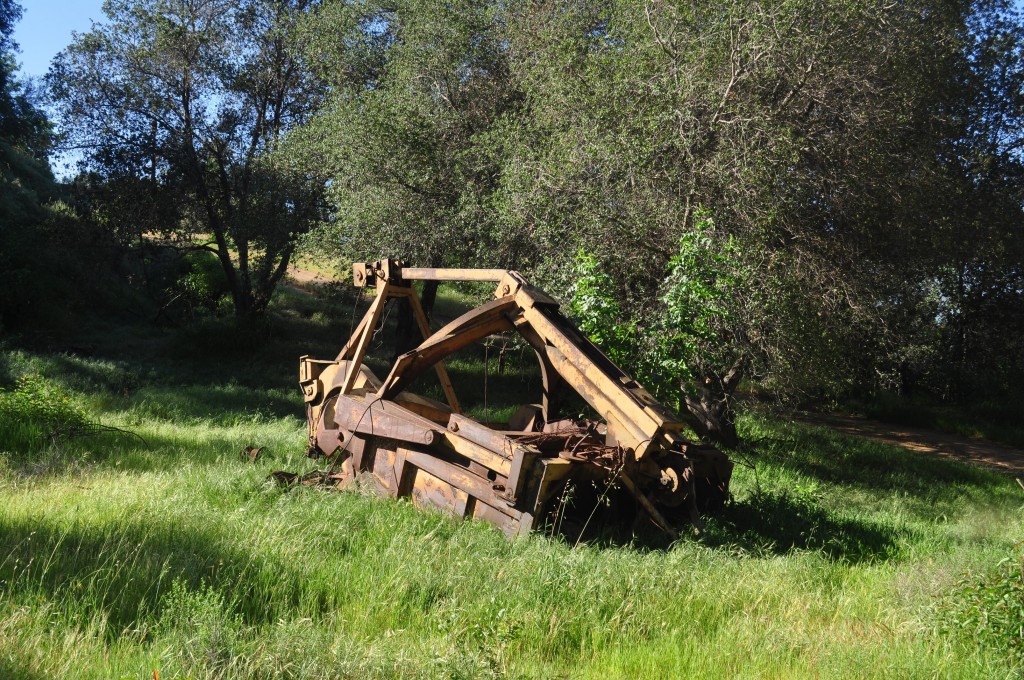 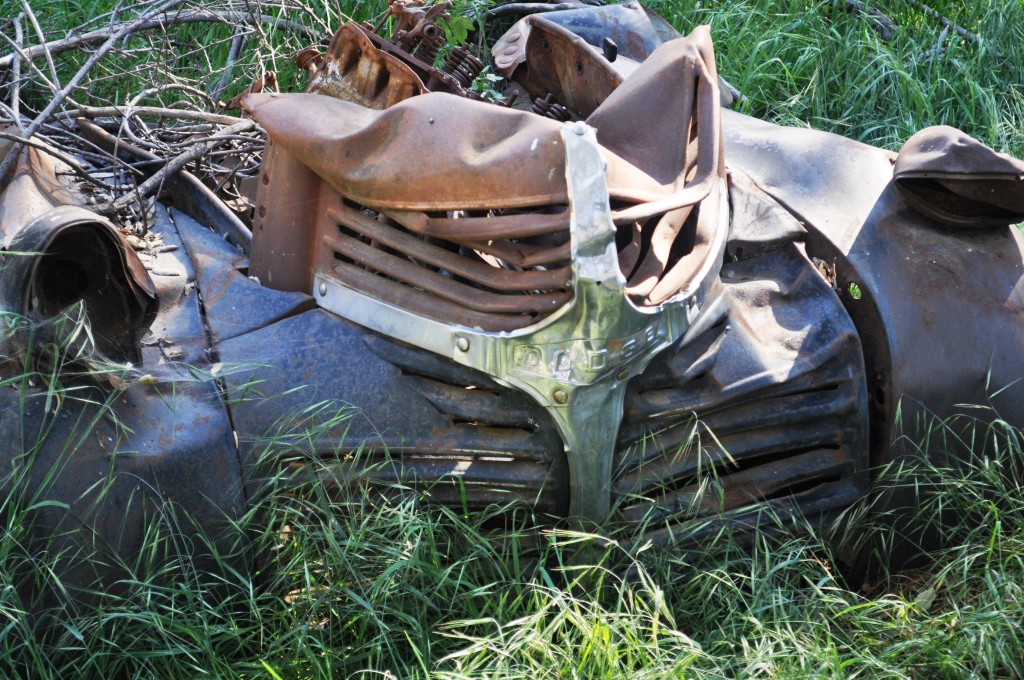 Tamara Hanna, deputy forester, pointed out where bears have clawed a tree. These marks were made by a very large bear! See below: 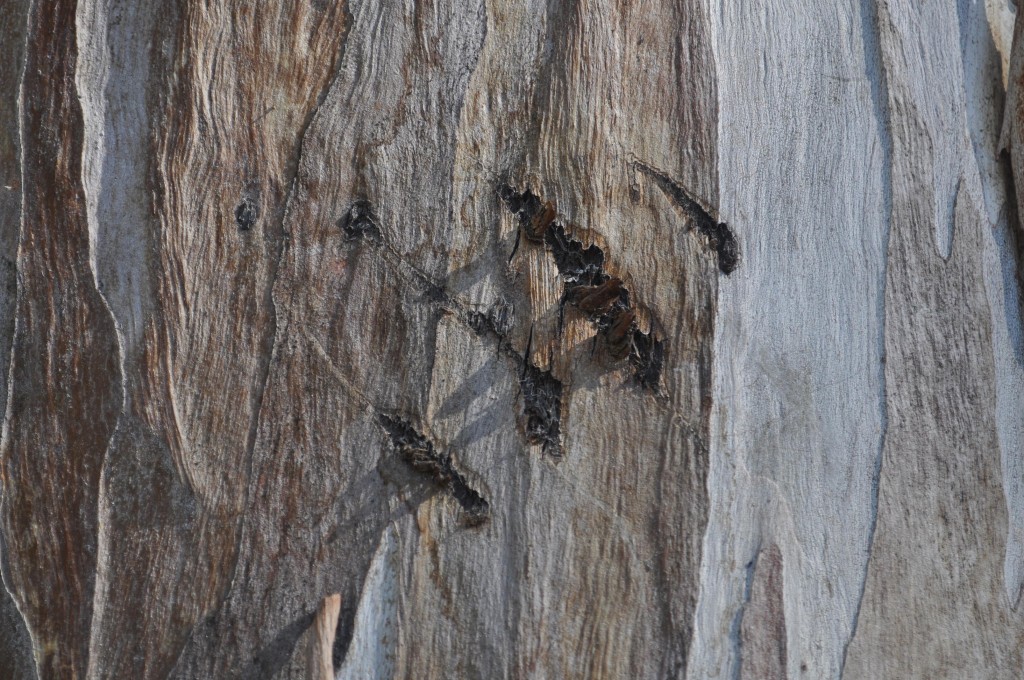 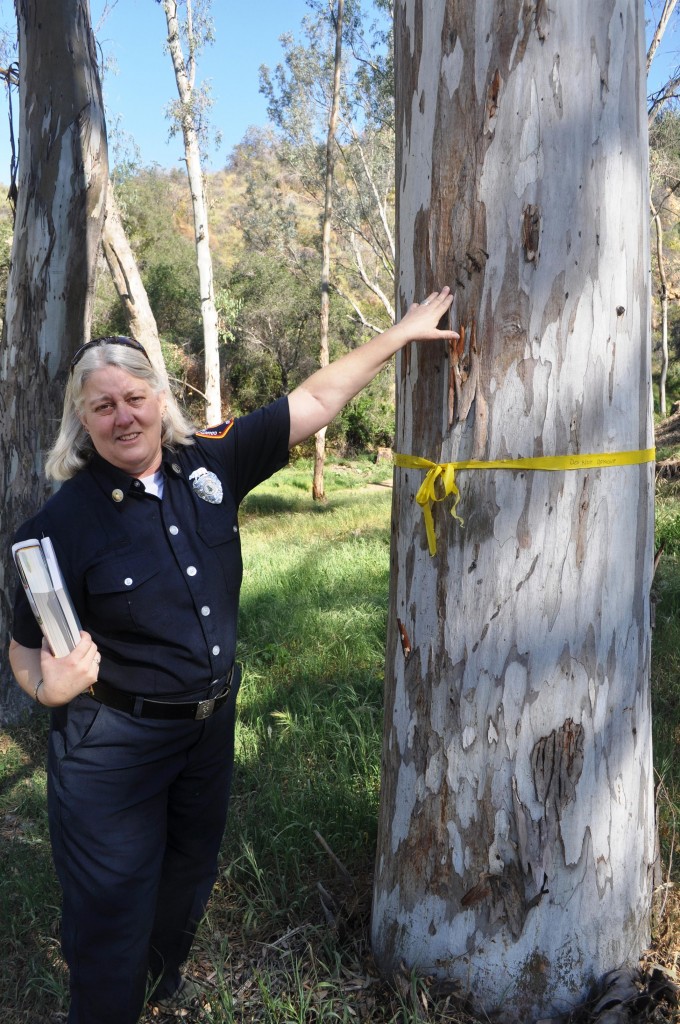 One of the artifacts of interest is a ten foot section of a narrow gauge rail.  Was there a railway there?  Was it brought in for scrap metal?  It is a mystery – see below. 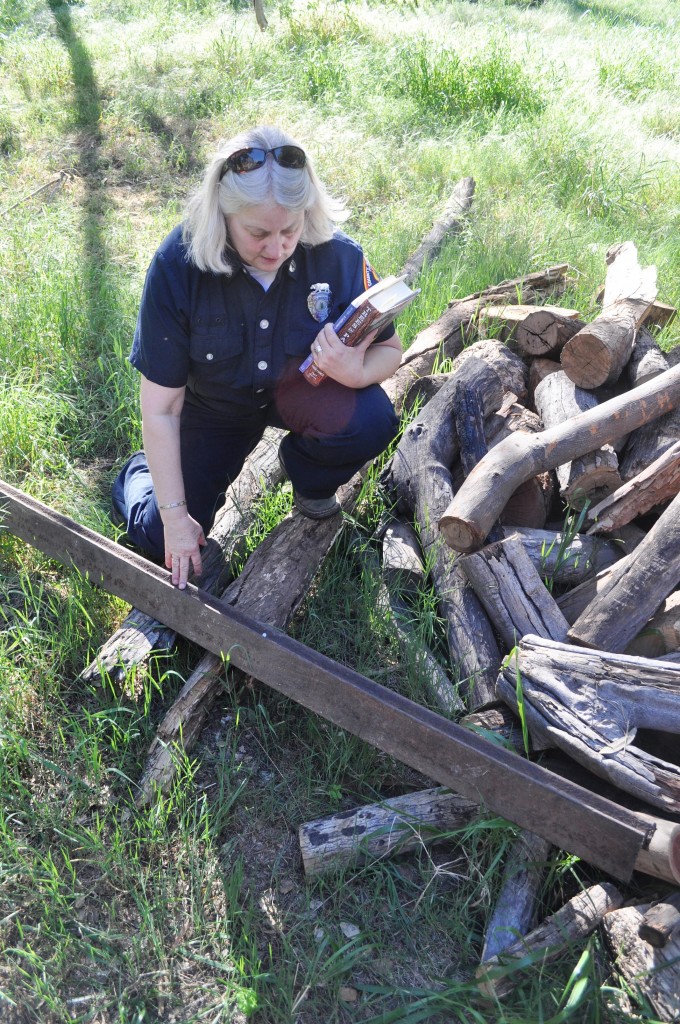 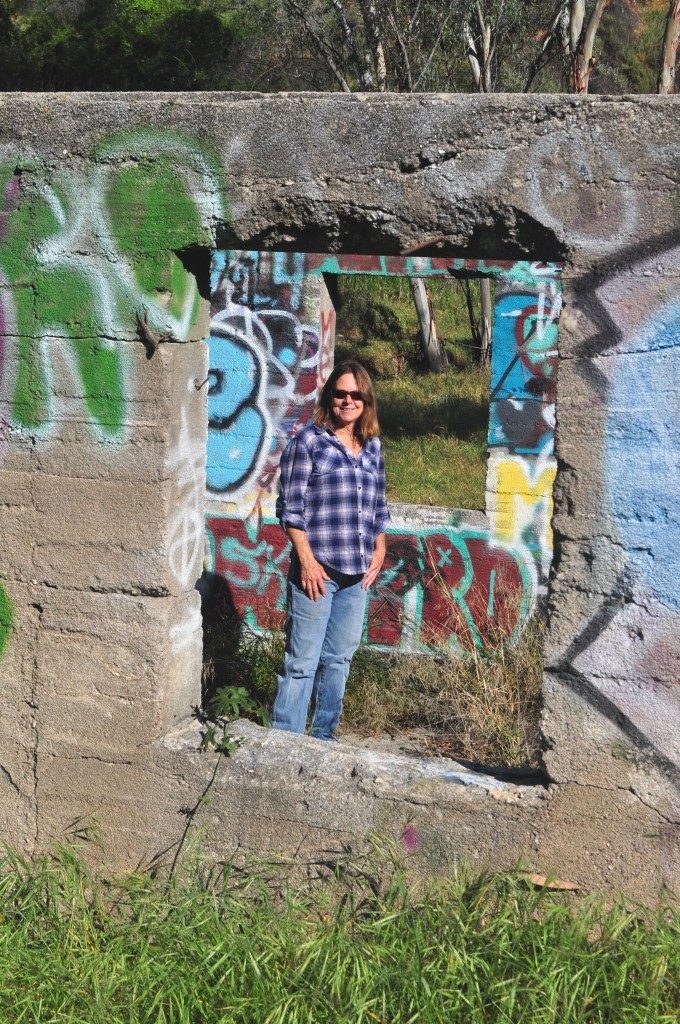 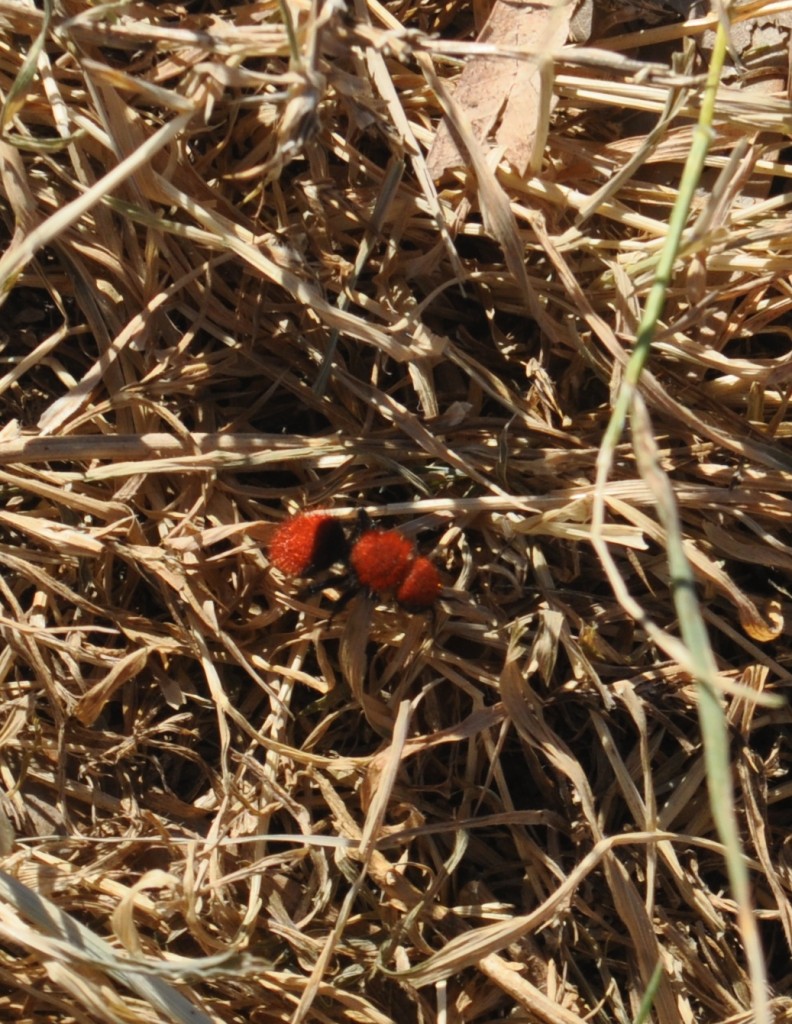 a red velvet ant goes about his business 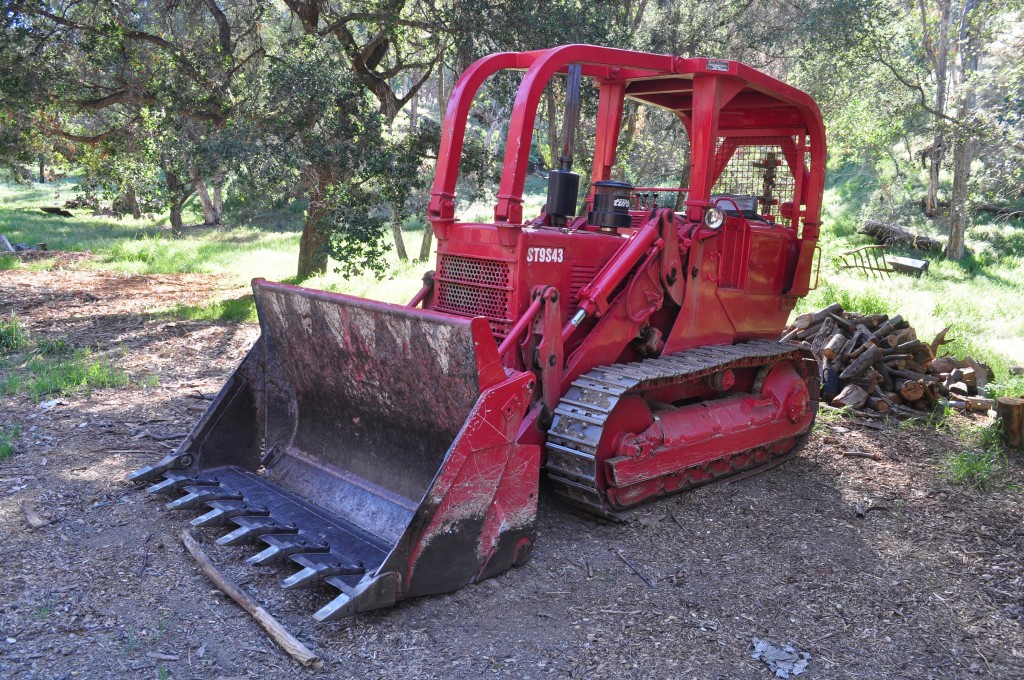 A modern piece of equipment seems out of place.  Presumably it will be used when the work crews continue clearing the area. 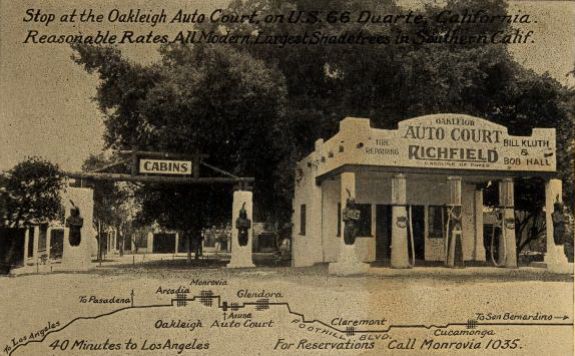 ONCE THE TREE PROVIDED SHADE TO THE AUTO COURT ABOVE.  IT ALSO GREW AROUND THE OLD OAKLEIGH MOTEL, DESTROYED LONG AGO. THEN FOR YEARS THE TREE STOOD IN THE COURTYARD OF A CONDO COMPLEX ON HUNTINGTON DRIVE (Route 66) JUST EAST OF THE 7/11 AT HIGHLAND. 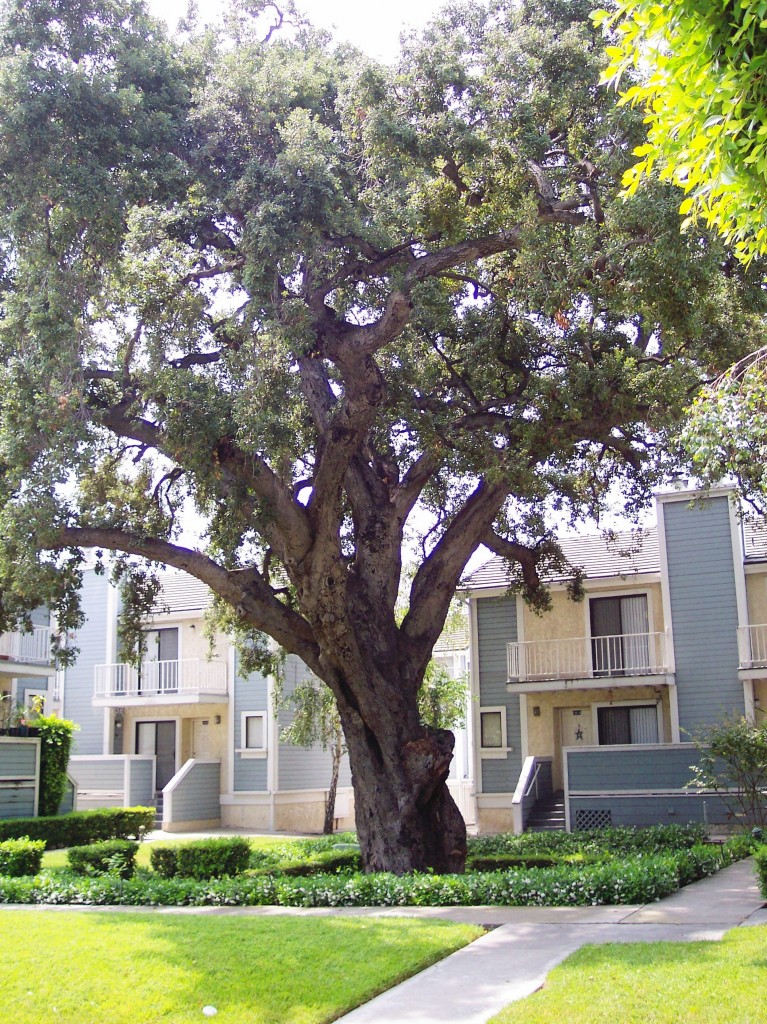 Duarteans first heard of the 50 foot tree’s collapse which occurred about 2:00 a.m. on October 8, 2014 when they tuned in to the morning news, recognizing the oak’s familiar branches at first glance.  It is said that the tree may have begun its stately watch over what eventually became Route 66 more than 200 years ago.  Where it got its reputation as a tree employed to execute swift justice during this town’s wild west days is unknown, but widely accepted.

THE DUARTE HISTORICAL SOCIETY AND MUSEUM WITH THE HELP OF KAREN VANCE AND CHUCK TIPPLE SNAGGED A FEW LIMBS AND CREATED A COMMEMORATIVE PUCK HONORING THIS PIECE OF DUARTE HISTORY.

We’ll miss those graceful branches which stood sentinel over our town for so many years.  But now we can visit the salvaged piece and reflect on our history while paying our respects to that old oak.”

ABOVE – JOSEPH MCVEY PERUSES NEW EXHIBIT AT THE DUARTE HISTORICAL MUSEUM – DEDICATED TO THE LOSS OF THE HISTORICAL HANGING TREE. 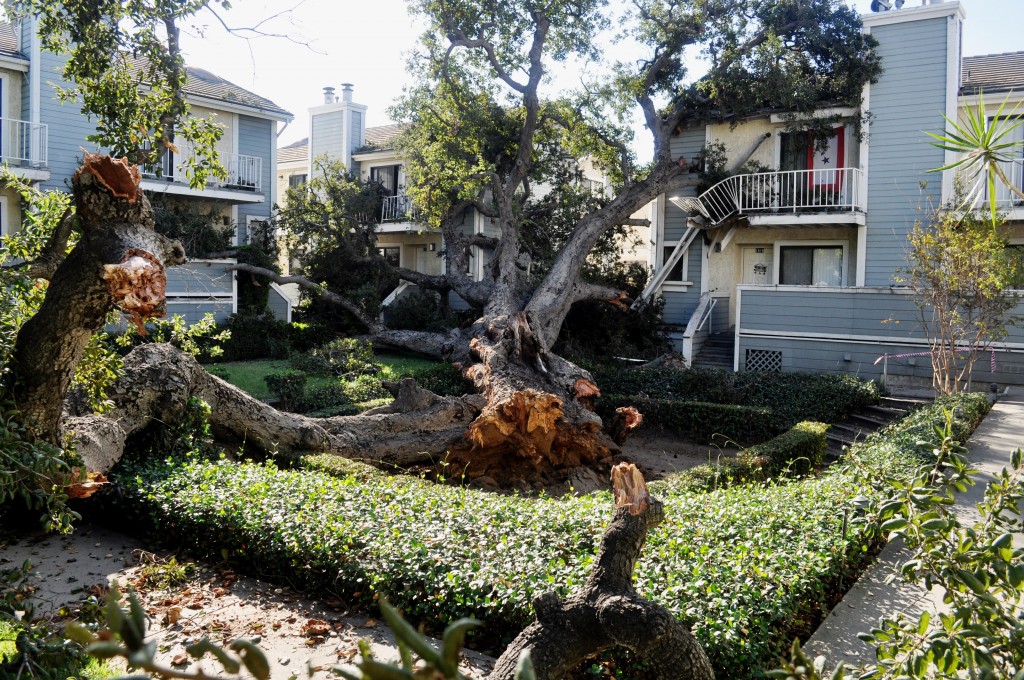 The collapse of the hanging tree caused damage to the surrounding townhouses – some balconies and portions of the roof where destroyed.  Within a few days, the tree was sliced up and hauled off.

REST IN PEACE OUR OLD HANGING TREE.  WE WILL MISS YOU.