VICTORVILLE, Calif. — Union Pacific Railroad has announced the return of Big Boy steam locomotive #4014 to Southern California in October, making its final public appearance for 2019.
The locomotive will pull a special Union Pacific passenger train consisting of immaculately maintained 1950’s era Heritage Fleet passenger cars commemorating the 150th anniversary of the completion of the first transcontinental railroad at Promontory, Utah, on May 10, 1869, according to The Railway and Locomotive Historical Society, Southern California Chapter.
Called “The Great Race Across the Southwest”, the Big Boy train will depart its home base in Cheyenne, Wyoming on September 27 and arrive in Victorville on October 8th, 2019, before going to the greater Los Angeles area on October 9. 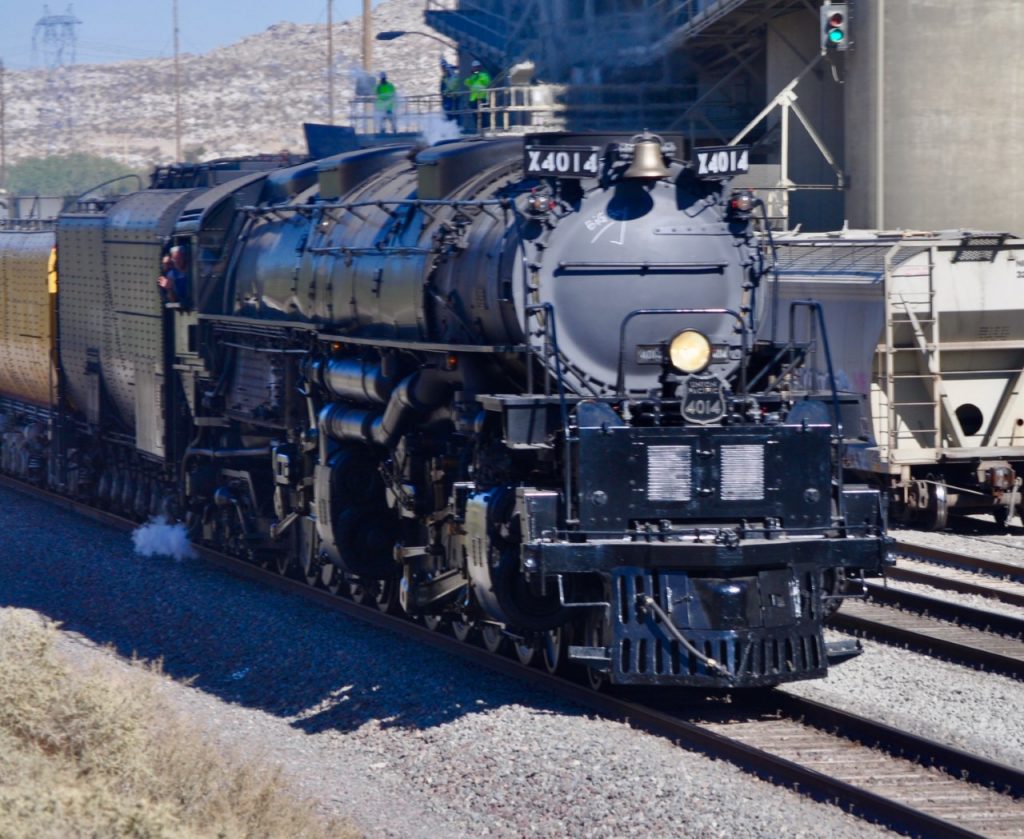 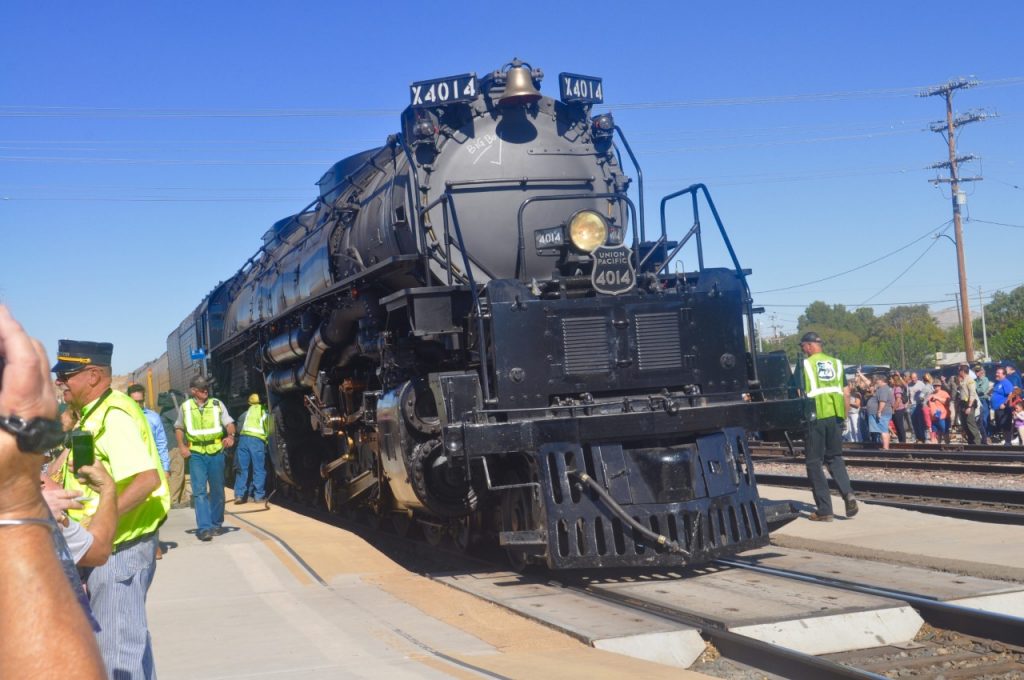 Twenty-five Big Boys were built exclusively for Union Pacific Railroad, the first of which was delivered in 1941. The locomotives were 132 feet long and weighed 1.2 million pounds. Because of their great length, the frames of the Big Boys were “hinged,” or articulated, to allow them to negotiate curves.

TRAIN BUFFS DID NOT DISAPPOINT. THE PLACE WAS JAMMED WITH SPECTATORS HOLDING CAMERAS. THE DEPOT WAS ACROSS THE STREET FROM THE ROUTE 66 MUSEUM. ONE LAST SHOT AND WE RACED THROUGH THE CAJON PASS TO THE RT. 66 EXIT TO GET IN PLACE FOR ANOTHER SHOT AS IT PASSED. 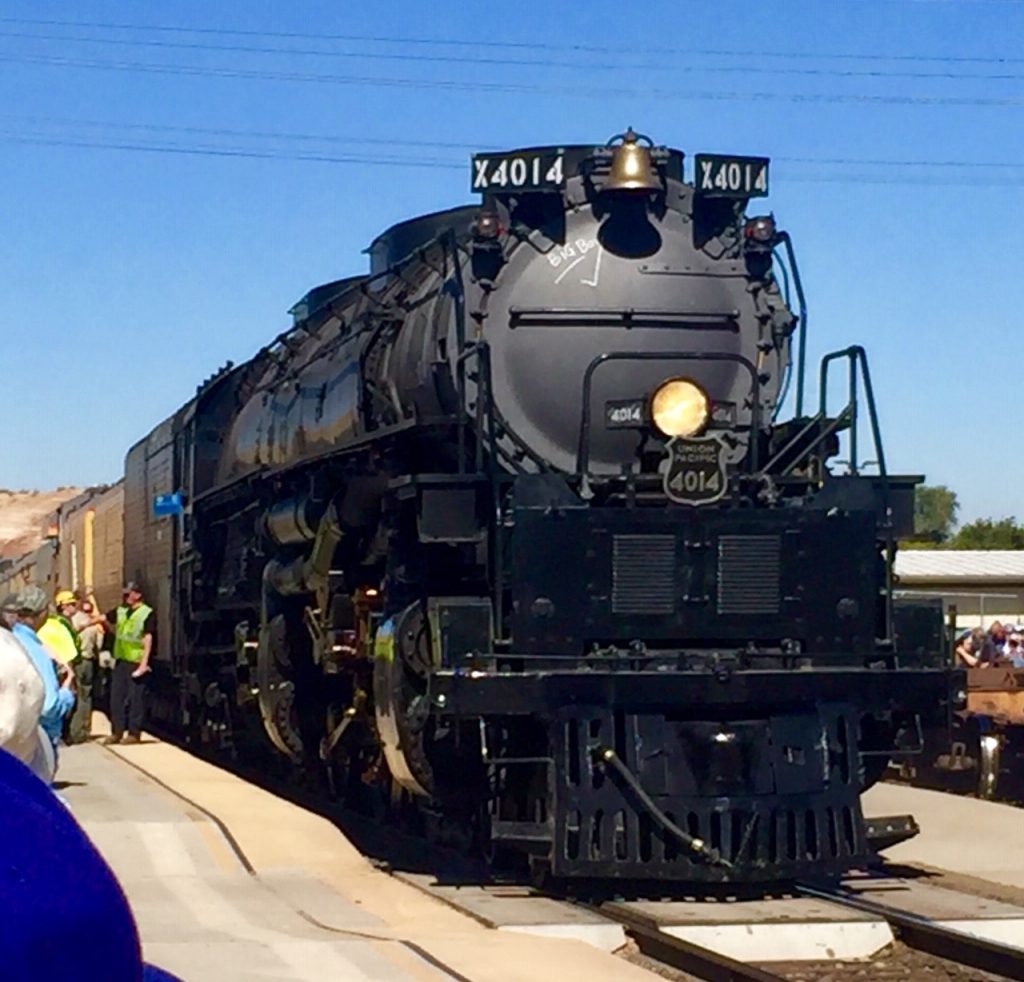 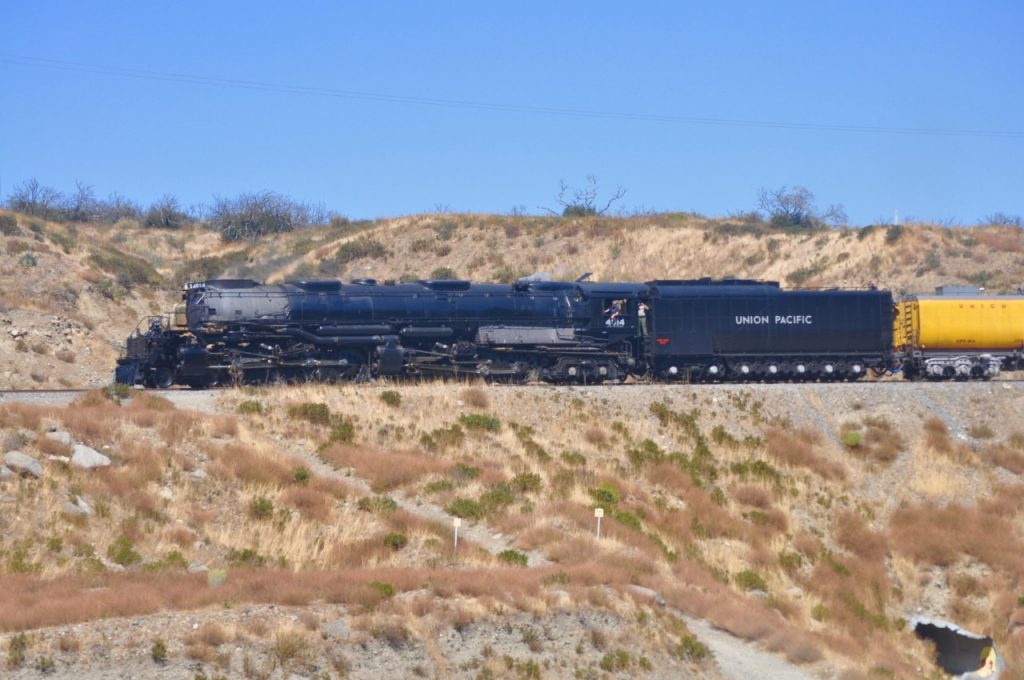 After a few days at the Goffs Rendezvous, a visit to the Avi Casino and an overnight stop at The Cove in Blythe, we headed for the Salton Sea by way of Mecca. There we got another chance to see Big Boy as he traveled from Indio to Niland. Set up on the highway near the old Cowboy Man’s spot, we awaited Big Boy. He chugged on by at breakneck speed but Alan managed a great shot. 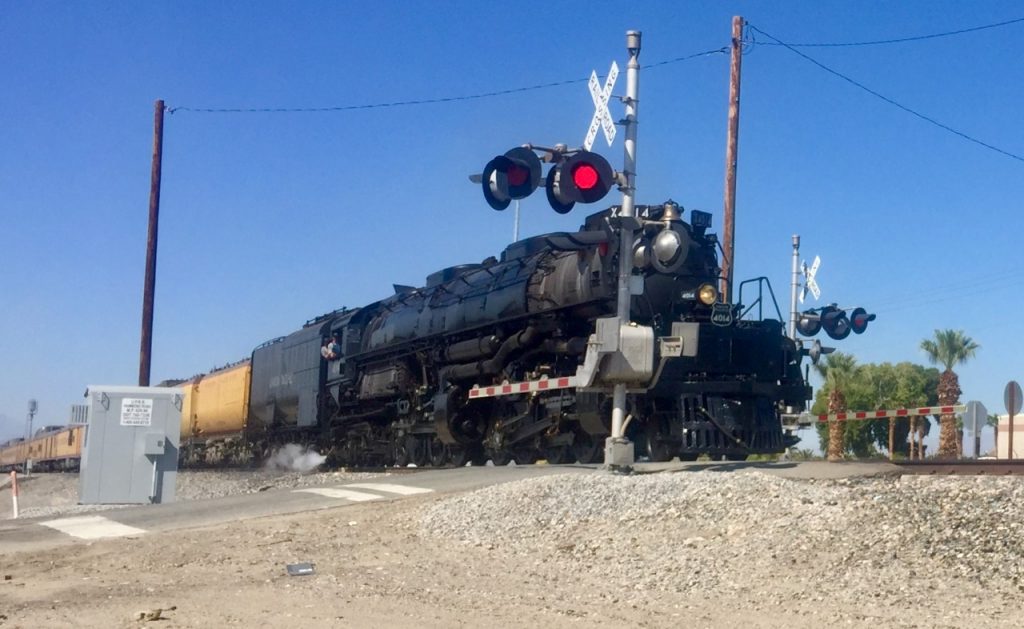 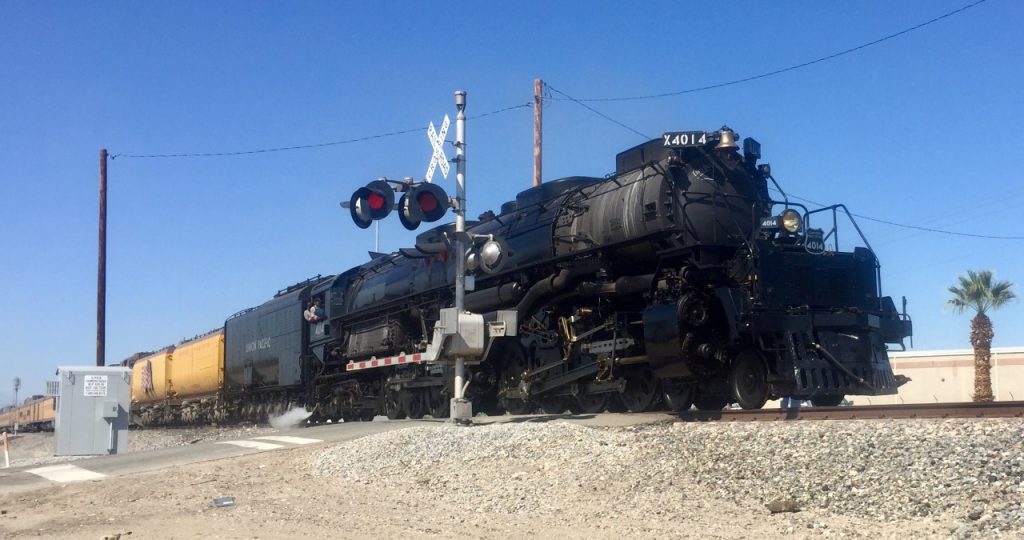