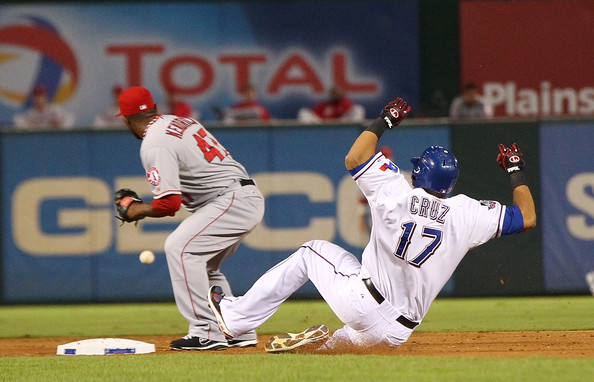 Cruz, who becomes a free agent at the end of the season, also reportedly switched representatives Monday from ACES, the agency headed by brothers Seth and Sam Levinson, to Adam Katz from the Wasserman Group.

Cruz is of particular importance to the Angels, who are set to begin a three-game series against the Rangers tonight and play Texas 10 more times this season. The 33-year-old has a .292 career batting average against the Angels. His 25 home runs and 69 RBIs (in 106 head-to-head games) are career highs against any opponent.

There are no Angels major or minor-leaguers on a composite list of Biogenesis names compiled this morning by Deadspin: