Efren Navarro isn’t playing much these days. But the outfielder/first baseman out of Lynwood High made his presence felt in a big way in the ninth inning of the Angels’ 3-2 victory over the Houston Astros on Saturday night at Angel Stadium.

Having been on the bench all game, Navarro was inserted at first base as a defensive replacement for C.J. Cron, who has been starting there in place of Albert Pujols; Pujols has a sore right foot and has been relegated to designated hitter duty.

The first batter in the inning was Jed Lowrie, who faced off against closer Huston Street. Lowrie hit a rocket of a ground ball to Navarro, who deftly made the grab and took it to the bag for the first out.

It was a huge play because if that leadoff guy gets on, the complexity of the inning changes dramatically. Navarro gave credit to coaches Alfredo Griffin, Dino Ebel and Gary DiSarcina for keeping the players ready.

“Just the preparation we’ve been doing before BP (batting practice),” Navarro said. “We’ve been really focusing on defense. It’s a lot of work, but it’s work that we need. Thanks to Griffin and Dino and DiSar helping us prepare for when our number is called, so it’s not really being cold.

“In the fifth or sixth inning, we still get loose, we still ride the bike. That’s normally when we get ready and that’s what helps us.” When closer Huston Street sustained a groin injury on Wednesday, that left the Angels short in the bullpen. After sending outfielder/first baseman Efren Navarro down to Triple-A Salt Lake City on Thursday, the Angels on Friday recalled right-handed reliever Vinnie Pestano from Salt Lake.

Navarro, out of Lynwood High, was hitting .260 with no home runs and five RBIs in 77 at-bats.

Street was not placed on the disabled list, but figures to be out until after the All-Star break. 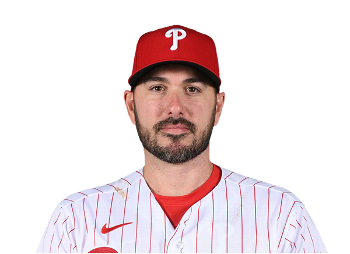 – Albert Pujols’ 17th home run of the season tied him for the team lead with Mike Trout, who also homered in this one. For Pujols, it was No. 537 for his career and moved him into 16th-place all-time; he had been tied with Mickey Mantle. Next up for Pujols is Mike Schmidt, who is No. 15 with 548.

– Kyle Kubitza’s game-tying RBI single in the seventh inning ignited a three-run inning that allowed the Angels to take a 4-2 lead. That Kubitza’s clutch hit came the day after a mixed-results major-league debut was a sign that he has the wherewithal to get past the bad things that happen.

– When you don’t play a lot, you can raise your batting average in a hurry. Such was the case with Efren Navarro, who had three hits in this game to raise his average from .227 to .308.

– Nice outing by Garrett Richards. Much-needed, too, as he had seen his ERA rise from 3.12 to 4.14 over his previous two starts. Richards allowed just two runs on four hits in seven innings in this one while striking out seven and walking just one. He lowered his ERA to 3.97 in the process while earning his team-high sixth victory against four defeats.

– The Angels may only be 30-30, but this victory helped them gain a half game on idle first-place Houston and a full game on second-place Texas. The Angels are now only 3 1/2 games behind the Astros and just a game behind the Rangers.