Sunday might have been the busiest day of them all.
END_OF_DOCUMENT_TOKEN_TO_BE_REPLACED 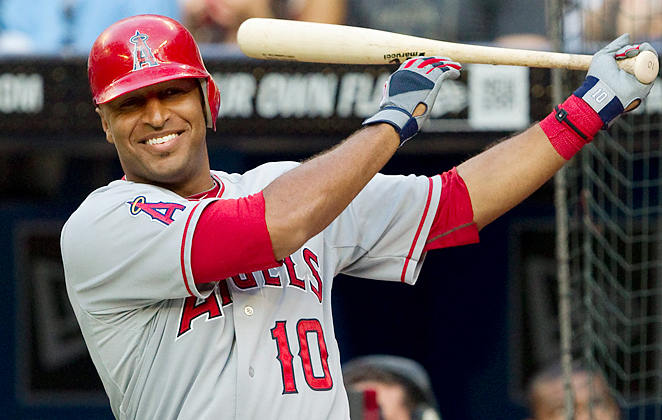 END_OF_DOCUMENT_TOKEN_TO_BE_REPLACED

The proposed trade that would send Vernon Wells to the New York Yankees still isn’t complete. Multiple sources have confirmed reports that Wells won’t take his physical until Tuesday, at which point the trade can become official.

We still don’t know what the Angels will receive from the Yankees in return for Wells, other than something in the neighborhood of $6-8 million per year over the next two years. That’s a nice chunk of change but it still only partially offsets the approximately $42 million left on Wells’ contract.

For the Angels, trading Wells opens a spot for Kole Calhoun or J.B. Shuck to earn the fourth outfielder job. Shuck doubled Monday to raise his Cactus League batting average to .357; Calhoun is batting .200.

More updates as we get ’em, but there might not be any until tomorrow. 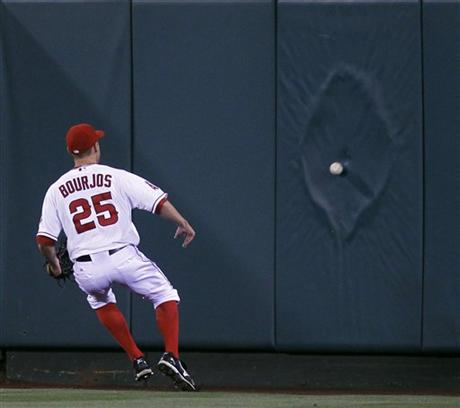 Is there a more talented collection of outfielders than the Angels’ Mike Trout, Peter Bourjos and Josh Hamilton? Maybe in Los Angeles. Maybe in Cleveland.

Regardless, the starting three in Anaheim are rather enviable. The glaring issues: New center fielder Peter Bourjos batted just .220 in a platoon situation last year, fourth outfielder Vernon Wells has hit .222 since coming to Anaheim, and there isn’t much depth after that. The NRIs in this group don’t pose a serious threat to make the opening-day roster, but one or more could move up with an outstanding spring. Otherwise it’s a long dropoff from the starters to the bench.

Here’s what to watch for in spring: