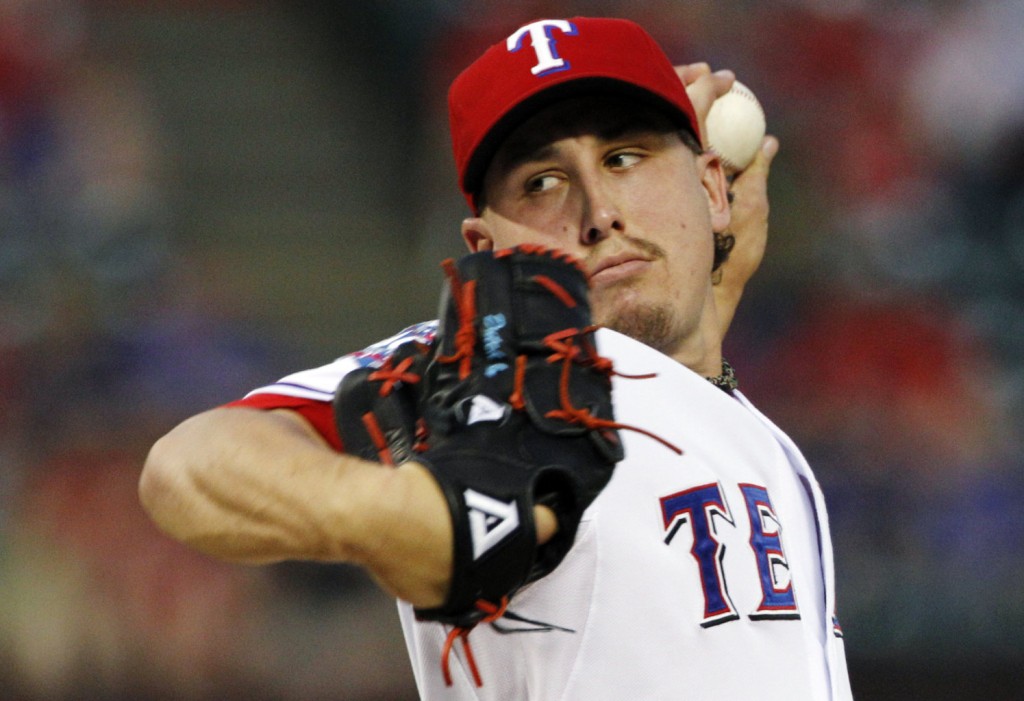 Derek Holland is 1-1 with a 1.64 earned run average in three starts for the Texas Rangers this season. (Associated Press photo)

The Angels’ opposing starter tonight entered the 2013 season with a 4.71 earned-run average and a 39-29 record. Derek Holland is three games into a new season and he’s already talking about winning a Cy Young Award.

So far he’s backing up the talk: Holland is 1-1 with a 1.64 earned-run average. His first win of the season came at the hands of the Angels back on April 5.

Holland may have bragging rights, but he may be the only Rangers starter who’s in a position to boast. Their pitching staff is experiencing a “crisis,” according to the Dallas Morning News.

So maybe it’s a good time for the Angels to be facing the Rangers, the current first-place team in the American League West. The Halos’ hole is deep enough that they will still be in third place in the division even if they manage a three-game sweep – following a three-game sweep of the Detroit Tigers.

Onto some bullet points:

END_OF_DOCUMENT_TOKEN_TO_BE_REPLACED

Someone suggested this morning that the two players the Angels acquired for Vernon Wells on Tuesday, Exicardo Cayones and Kramer Sneed, would be good title characters in a Buddy Comedy. Look out Harold and Kumar…here come Exicardo and Kramer!