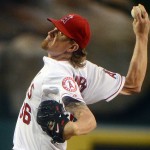 Some bullet points for a Canary Islands Day:
END_OF_DOCUMENT_TOKEN_TO_BE_REPLACED