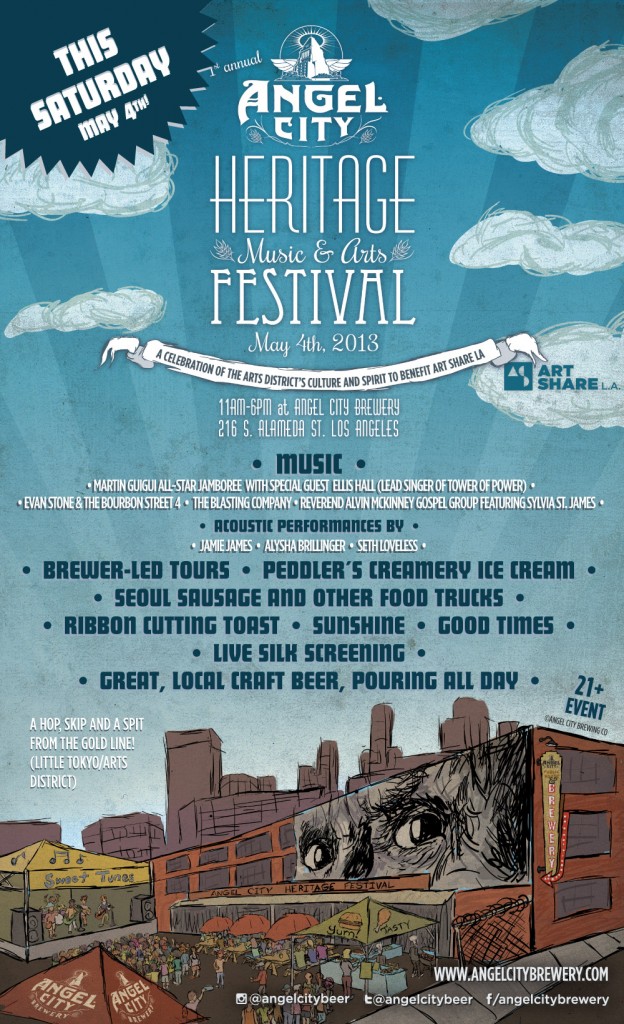 Angel City Brewing, which called Alpine Village near Torrance home for more than two decades, will mark its grand opening this weekend with a music and arts festival.

Angel City was evicted from Alpine Village in 2010 and reopened downtown the following year, but is now under new ownership and offers nine reformulated beers after “a year of building and brewing.”

“We’ve been looking forward to this day for a long time now,” said brewery director Alan Newman. “This event is a celebration not only of the brewery’s journey but of the culture and spirit of the Downtown Los Angeles Arts District.

The day-long festival starts with a mass toast to celebrate the brewery’s rebirth and is followed by seven bands.

Angel City is just two blocks from Union Station, so festival goers can leave the car (and designated driver) at home.

More information on the brewery is here.

Total Wine & More’s new class is a good kick in the can.

No, really. It’s “A Good Kick in the Can!” and the focus is on craft beer…in cans.

Guests will enjoy a sampling of Total Wine’s canned craft beers and challenge the notion that bottled beer tastes better.

Seating is limited, so call the your nearest store to reserve a spot.

END_OF_DOCUMENT_TOKEN_TO_BE_REPLACED

Once again, participants will be “saving wildlife one beer at a time” at this year’s Brew at the Zoo fundraiser for the Living Desert.

END_OF_DOCUMENT_TOKEN_TO_BE_REPLACED 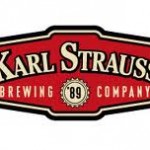 The winning brewer will get to brew his/her winning beer on one of our professional systems this August and then have it entered into the Great American Beer Festival Pro-Am in October.

Full details and an entry form are here.

The five-course “If I Were a Food Truck” dinner at Tin Roof Bistro features “refreshed takes on food truck fare” paired with beers from El Segundo Brewing Company including roasted duck tamale cakes and a mole sauce served with the Standard Crude Imperial Stout.

The full menu for the April 30 dinner is here.

Fortunately, Smog City is in an industrial park to the northeast of the city center – just down the street from the tasting room of Monkish Brewing Company – so craft beer devotees should be able to avoid the worst of the traffic.

Owners Laurie and Porter (their surname is Porter, but head brewer Porter – like the rock star he is – goes by only one name) plan to tap several beers brewed in their new facility and limited supplies of others left over from his time at Tustin Brewing Co.

Prices are $6 (although the size of the pour varies) and there are two flight options.

The opening event caps off National Craft Beer Week and is set for noon to 9 p.m. at the brewery, 1901 Del Amo Blvd., Suite B (that’s just about a block west of the Del Amo Boulevard-Western Avenue intersection where Monkish sits, BTW).

Simmzy’s Pub in Manhattan Beach hosts a New Belgium Brewing Co., tasting event today featuring four craft beers from the Colorado-based brewery with the highlight a house-aged Clutch, described by the eatery as a “dark sour brown ale we’ve been aging since 2011.”

Other featured beers are an Imperial Coffee Chocolate Stout, a Cascara Quad (a Belgian-style beer brewed with dates and coffee cherries) and a collaboration with Quebec’s Dieu du Ciel microbrewery that has yielded a Heavenly Feijoa Tripel.

For the occasion Chef Anne Conness has paired the brews with a $12.50 goat cheese souffle with bacon lardons, caramel pairs and frisee lettuce.

First, second and third places in each category will receive prizes.

The grand prize winner will get his or her beer brewed by Hangar 24 for consumption in the brewery’s tasting room and will also be entered into the 2013 Great American Beer Festival’s Pro-Am Competition.