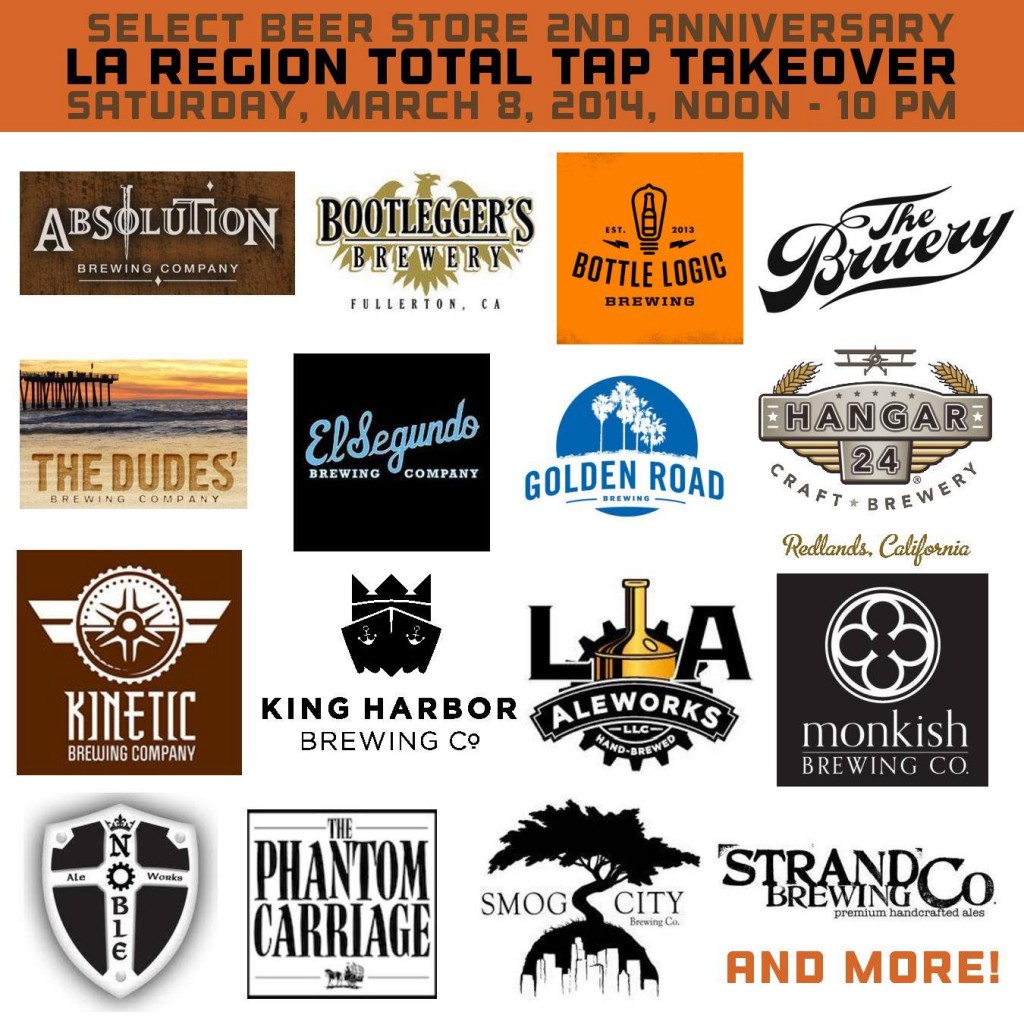 Saturday marks the first opportunity for most local beer drinkers to sample the forthcoming offerings from soon-to-open King Harbor Brewing, Redondo Beach’s first craft brewery (and before anyone comments or emails, venerable Redondo Beach Brewing Co. is a brewpub, not a craft brewer).

Select Beer Store in Redondo Beach will showcase a selection of beers from the fast-growing South Bay and Los Angeles craft brew industry as you can see from the above graphic, including King Harbor, which just saw its first-ever keg of beer head out the brewery’s doors this week.