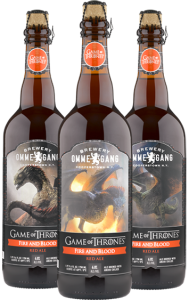 Also, several area breweries and bars are tapping the brew. Tustin Brewing Company will be tapping both Fire and Blood and Take The Black Stout at 8:30 p.m. tomorrow night (April 5).