It’s been a while since we’ve done an update on Inland Empire breweries, so, let’s catch up, shall we?

Rök House has become the third point of what we’re calling the “Beermuda Triangle,” with its proximity to both Claremont Craft Ales and Dale Bros. Brewery.

The brewery is celebrating its grand opening “Röxtravaganza” from noon to 10 p.m. this Saturday (August 2), with seven beers on tap and food available from the Viking Truck (naturally!), Pappas Artisanal and Buttercup Catering.

END_OF_DOCUMENT_TOKEN_TO_BE_REPLACED 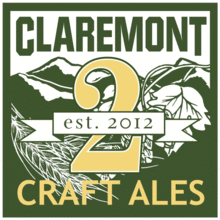 Congratulations to Claremont Craft Ales on its second anniversary! The brewery is celebrating Saturday (July 26) in two sessions: noon to 4 p.m. and 5 to 9 p.m.

On tap will be 20 beers, including several new varieties and several barrel-aged brews.

Food will be available from Buttercup Catering, the Corner Butcher Shop, My Delight Cupcakery and Pappas Artisanal.

END_OF_DOCUMENT_TOKEN_TO_BE_REPLACED 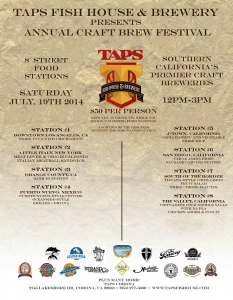 Looking for a brew fest?

Tickets for the festival are $50 and include 15 drink tickets and unlimited food sampling from eight regionally-themed food stations.

Proceeds will benefit the Corona/Norco YMCA.

A number of breweries from across Southern California are scheduled to participate.

END_OF_DOCUMENT_TOKEN_TO_BE_REPLACED 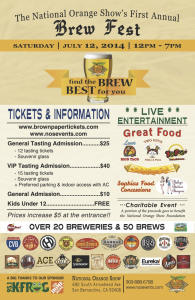 Over 25 local (and not-so-local) craft breweries are scheduled to participate, bringing over 50 brews to the event.

It’s a family-friendly event, and kids can enjoy free samples of Batch Craft Soda and draw on the Chalkmobile.

END_OF_DOCUMENT_TOKEN_TO_BE_REPLACED 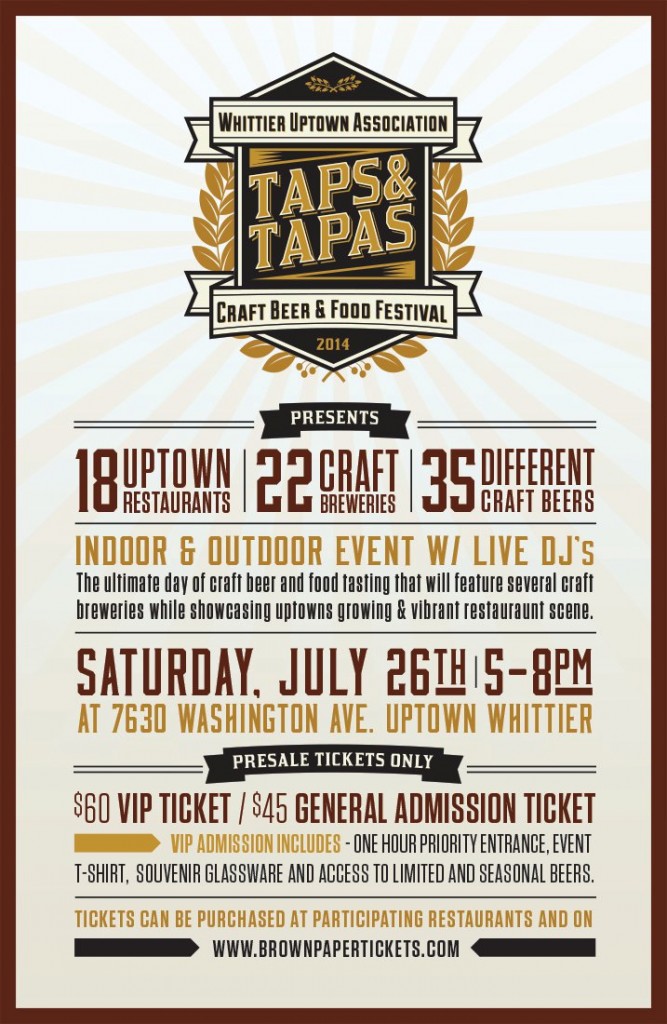 Read more below for a list of participating breweries:

END_OF_DOCUMENT_TOKEN_TO_BE_REPLACED

Running the Village Runner 5k in Redondo this 4th? We open at 830am for the post race celebration! @VillageRunner pic.twitter.com/NonvYRSEhK

Here’s some other beer related events this weekend. What did we miss?:

In case you were wondering… we're OPEN at 9am on #FourthOfJuly! Spend your #IndependenceDay w/ @GoldenRoadBrew+#WorldCup soccer!