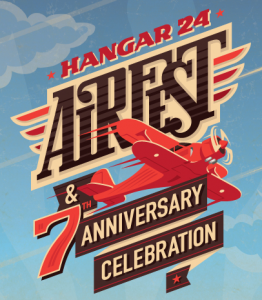 The event will take place from noon to 10 p.m. Saturday (May 16) at Redlands Municipal Airport, 1755 Sessums Drive.

The fête mashes together an air show, a rock festival, a food truck fest and, of course, a beerfest.

All tickets are available by clicking here.

The event will go on, rain or shine.

35+ beers are promised, including the brewery’s 7th anniversary pils and its American Craft Beer Week offering Double Betty. Click over the jump for a peek at what’ll be available on a rotating basis from the specialty release trailer.