Fans of barrel-aged beers will want to head to Redlands on today (March 26) as two breweries will be releasing barrel-aged brews today.

Hangar 24 Craft Brewery will be pouring its Wing Over Barrel Roll series beer.

Previously known as Hammerhead, Wing Over is an American barleywine made with two English caramel malts and four American hops and aged for six months in charred oak rye whiskey and bourbon barrels.

The brewery will also release a variation called Esperanza, made with Guatemalan coffee beans from Augie’s Coffee. A limited number of 750mL bottles of Esperanza will be available for $25, with a two-bottle limit.

Wing Over and Esperanza, along with the 2015 batch of Hammerhead, will all be on tap — while supplies last — at the brewery’s tasting room Saturday. 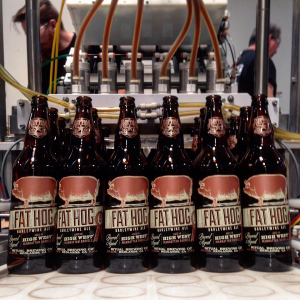 Across town, Ritual Brewing Co. will be releasing its barleywine, dubbed Fat Hog. The brewery will also release a version aged in High West Manhattan barrels.

Both beers will be available on tap and in 22-ounce bottles beginning at 1 p.m. at the brewery, 1315 Research Drive.