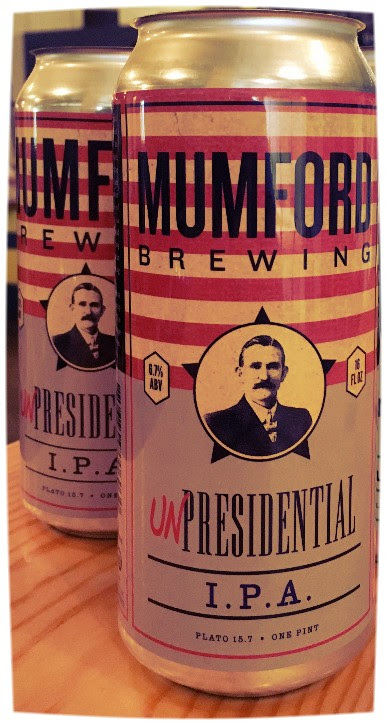 With an unprecedented Presidential campaign in many regards drawing to what many voters see a merciful ending this Tuesday, downtown Los Angeles brewery Mumford Brewing will release for the first time in cans Saturday a craft beer with a name many Americans might appreciate: Unpresidential IPA.

For the 5th iteration of this hazy, juicy IPA, we used heaps of Amarillo, Citra and Galaxy hops to create a beer with a big fruit aroma and well defined stone fruit flavors on the palate. Enjoy a can as we count down the days to Election Day 2016 (and you’ll probably want to have one after it’s over).