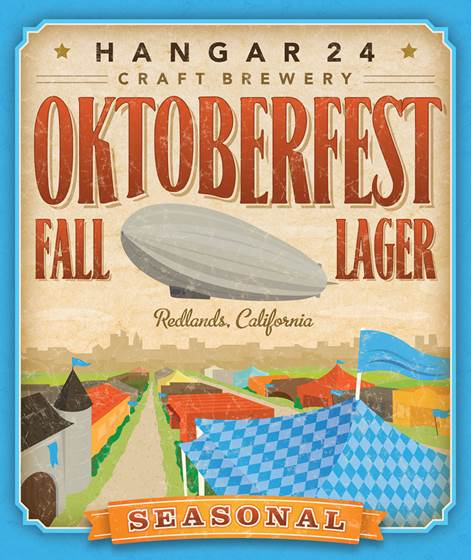 Is summer really over?

Well, not quite, but Hangar 24 Craft Brewery is getting a jump on the fall season by releasing its Oktoberfest fall lager today (August 26).

The seasonal release — which pairs nicely with roast chicken, pork, German sausages, hearty breads, dumplings and sharp Munster or Dutch fontina cheeses, according to the brewery — will be available for a limited time starting today at the Redlands and Lake Havasu City, Ariz., tasting rooms.

It will be available in retail outlets next week.

The Redlands taproom can be found at 1710 Sessums Drive. The Lake Havasu City taproom and grill is at 5600 Highway 95, Unit 6.