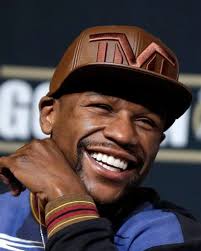 It didn’t take long for the other shoe to drop. Only hours after Richard Schaefer announced Monday he was resigning as CEO of Oscar De La Hoya’s Golden Boy Promotions, Floyd Mayweather Jr. declared through the CEO of Mayweather Promotions – Leonard Ellerbe – that he will no longer use Golden Boy to help promote his fights, according to a report on ESPN.com

Mayweather had been using Golden Boy to promote his past nine fights on a handshake. But it was not surprising that Ellerbe told ESPN.com that Mayweather will “absolutely not” use Golden Boy any longer.

Mayweather and De La Hoya have never liked each other much. To the contrary, Mayweather and Schaefer and Ellerbe have solid relationships.