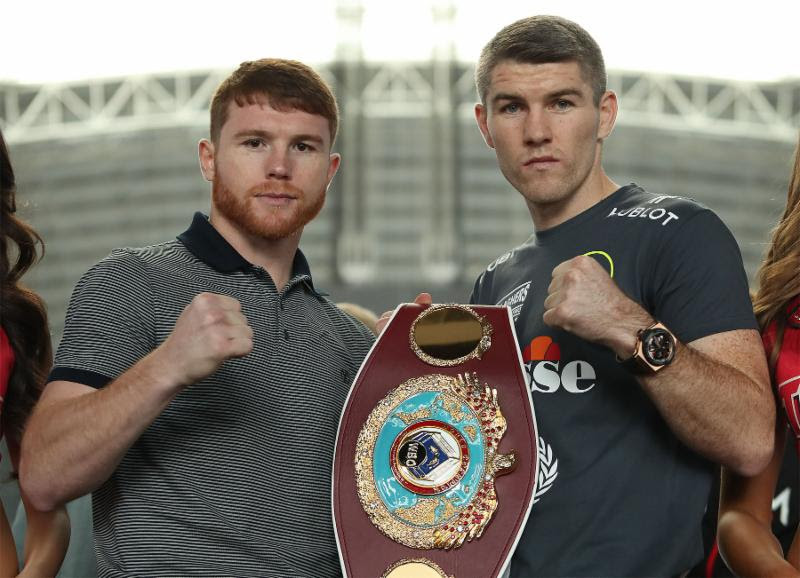 Promoter Frank Warren is pumped up about his fighter, Liam Smith, getting a chance to defend his title Saturday against Canelo Alvarez (47-1-1, 33 KOs) of Mexico at AT&T Stadium in Arlington, Texas (on HBO pay-per-view).

Smith (23-0-1, 13 KOs) has never fought in the States, so he’s unknown to most here. Warren promised this week American fans will jump on Smith’s bandwagon once they’ve seen him fight.

“You guys are going to be great fans of him,” Warren said. “He is coming in as a lion, an undefeated fighter on an eight-fight knock out streak.”

That’s all well and good. But the eight consecutive knockouts haven’t exactly come against top-notch competition. Check out Smith’s ring record and judge for yourself.