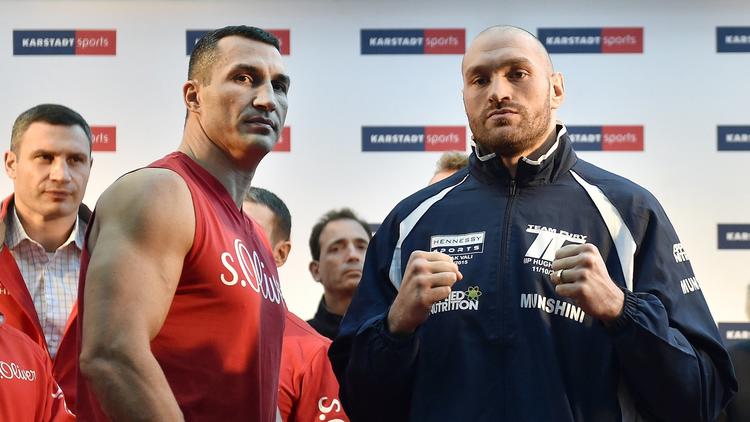 Tyson Fury, right, and Wladimir Klitschko pose after weighing in for their heavyweight title fight this past November in Germany/Associated Press photo by Martin Meissner

The much-maligned Tyson Fury on Wednesday gave up the two remaining major heavyweight championship belts he won from Wladimir Klitschko this past November in Germany.

Fury since has twice pulled out of scheduled rematches with Klitschko, and recently Fury admitted to doing cocaine. He is also reportedly suffering from depression.

His promotional company, Hennessy Sports, released a statement. It read, in part, that Fury was giving up his titles “to fully focus on his medical treatment and recovery.”

Fury said, “I feel that it is only fair and right and for the good of boxing to keep the titles active and allow the other contenders to fight for the vacant belts that I proudly won and held as the undefeated heavyweight champion of the world when I defeated the long-standing champion Wladimir Klitschko. I won the titles in the ring and I believe that they should be lost in the ring, but I’m unable to defend at this time and I have taken the hard and emotional decision to now officially vacate my treasured world titles and wish the next in-line contenders all the very best as I now enter another big challenge in my life which, I know, like against Klitschko, I will conquer.”

Fury, 25-0 with 18 knockouts, won three major titles from Klitschko. Fury, 28, had already been stripped of one of them for agreeing to fight Klitschko in a rematch rather than his mandatory challenger – Vyacheslav Glazkov. 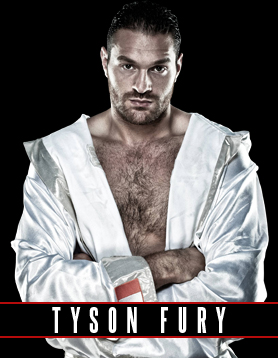