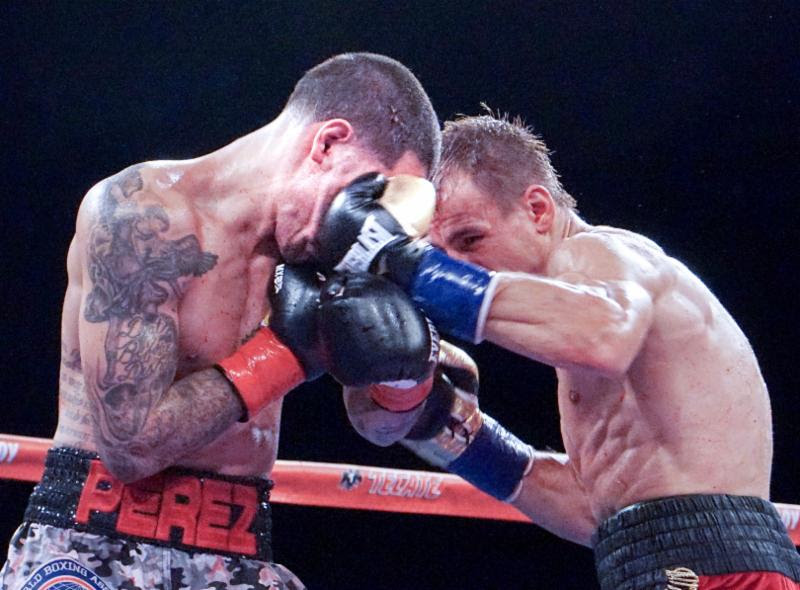 Petr Petrov of Russia has been a professional boxer for nearly 16 years, but he has never held a major world title. Petrov should now get his second opportunity to fight for one.

Petrov on Friday night stopped Michael Perez (24-2-2) of Newark, N.J., after six rounds of their lightweight main event slated for 12 rounds at Fantasy Springs Casino in Indio. It was a title-elimination bout, which means Petrov (38-4-2, 19 KOs) could get a shot at WBA champion Jorge Linares.

“This victory is what I have been working for, to be so close to a world title shot,” said Petrov, 33. Petrov previously fought for a super lightweight world title, but was stopped in the fourth round by Marcos Maidana in September 2011.

“Petr looked sensational,” Pelullo said. “He has been getting better every fight, and this is the best he has looked. He has really earned his title opportunity. … Now we will look to make the WBA world title bout as quickly as possible.”