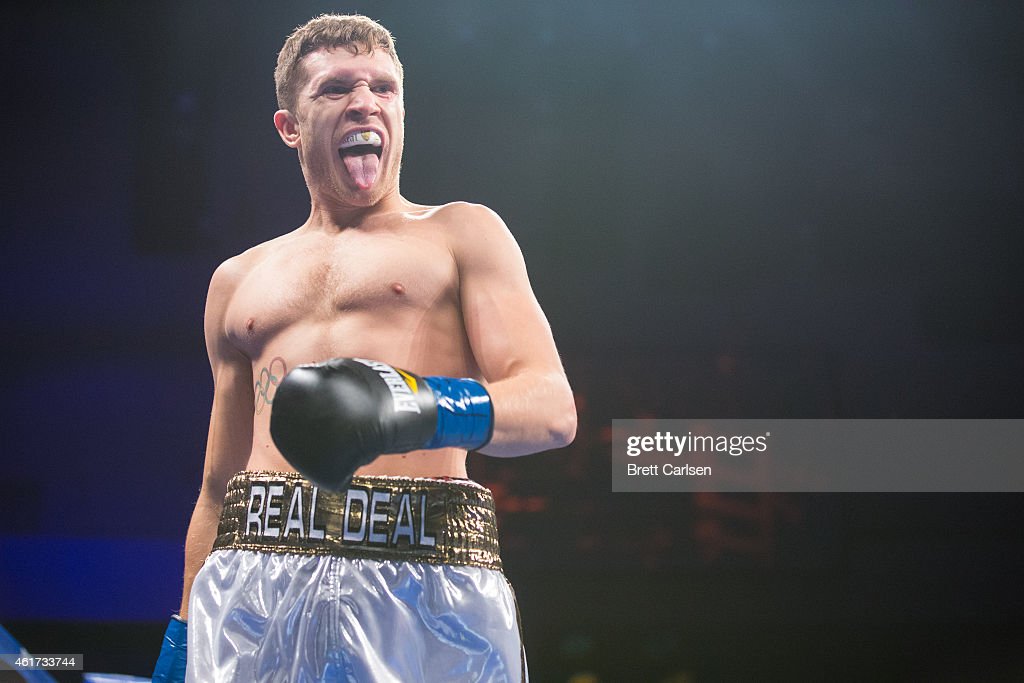 Taras Shelestyuk celebrates after knocking out Antonio Fernandez in the first round in January 2015 in Verona, N.Y./Getty Images

Undefeated welterweight contender Taras Shelestyuk of the Ukraine will take on Jaime Herrera of Franklin Park, Ill., in the main event Nov. 4 at Omega Products International Event Center in Corona. It is part of a tripleheader that will be televised by Showtime as part of its ShoBox series.

Shelestyuk, 30, did not make his pro debut until he was 27, so time is of the essence for him if he’s going to make a big splash in the pro ranks.

“My training is going great, I am more powerful and my speed is better,” said Shelestyuk, who is trained by Eric Brown at the Wild Card gym in Hollywood. “Herrera is a rough fighter, but it doesn’t matter to me because I am looking to step up and get into championship-level fights.”

Herrera (15-3-1, 8 KOs) knows this is a terrific opportunity for him to make his name bigger.

“Taras is a great fighter and I know I’m the underdog, but I’ve surprised some fighters before and I’m confident and ready to give it my best and win again,” Herrera said. “I’m coming into this fight with the same mentality I had in those fights against the other unbeaten guys. The way I see it, Taras has everything to lose and I fight as (if) I have nothing to lose.”

Jarrell “Big Baby” Miller (17-0-1, 15 KOs) is on the rise in the heavyweight division. He has the knockout power and he isn’t afraid to speak his mind. He returns to the ring Friday night against veteran Fred Kassi (18-5-1, 10 KOs) on the newest edition of ShoBox: The New Generation (10 p.m. ET/PT).

Jerry Odom is coming off a draw with Ronald Ellis in a super middleweight bout in February in Atlantic City. Ellis was supposed to next fight Julius Jackson on July 22 from Foxwoods Resort & Casino in Mashantucket, Conn. Ellis on Thursday sustained a hand injury that will prevent him from fighting, and now Odom will be tangling with Jackson (on Showtime).

“I have been training for a few fights that fell through,” said Odom, of Bowie, Md. “I’m in shape and ready to go. When my team got the call, we decided it was the right decision to take this opportunity.”

“My power will be a big factor,” Odom said. “Jackson has faced punchers before, but he hasn’t faced one like me. This is a great opportunity, and I will put on a show next Friday.”

Jackson (19-1, 15 KOs) is the son of former two-division world champion Julian Jackson. They are out of the Virgin Islands.