Floyd Mayweather Jr. and Conor McGregor are separated by Dana White, president of the UFC, at a Los Angeles news conference in July/Photo by Gene Blevins

Once Saturday’s fight between Floyd Mayweather Jr. and UFC star Conor McGregor at T-Mobile Arena in Las Vegas is over, chances are Mayweather will have dominated like most think he will. It will probably be a very one-sided victory for Mayweather.

That doesn’t mean the combatants aren’t going to talk the talk all the way up to fight night, with an emphasis on saying things that will help drive up the pay-per-view numbers to record-breaking heights.

That was evident this week at the so-called “grand arrivals.”

While Mayweather’s comments were reasonable, one of McGregor’s was laughable.

“Floyd can talk about whatever he wants to talk about,” he said. “He can talk any kind of trash he wants, because he’s talking to the new God of boxing.” 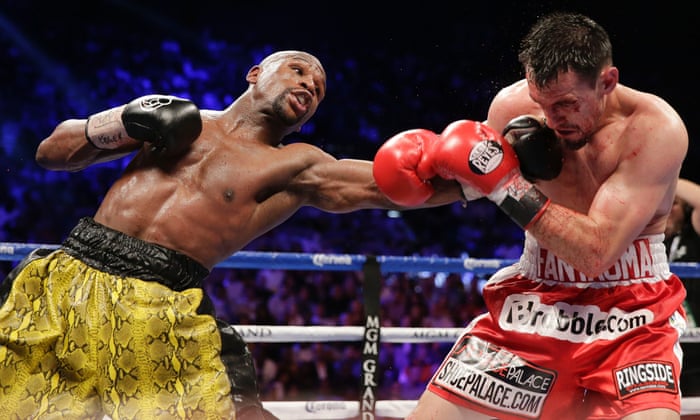