Two of the most important composers of the second half of the 20th century, John Corigliano and Morten Lauridsen, will be featured on programs during the next fortnight in Southern California.

Corigliano’s Symphony No. 1 will open the Los Angeles Philharmonic programs this weekend at Walt Disney Concert Hall. L.A. Phil Music Director Gustavo Dudamel will lead the concerts, which will also include Brahms’ Symphony No. 2. 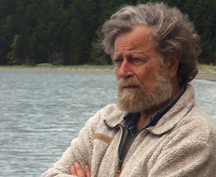 Meanwhile, the Los Angeles Master Chorale will offer two evenings in tribute to Lauridsen (pictured right) — long-time professor of music at the USC-Thornton School of Music, the Master Chorale’s composer-in-residence from 1994-2001, and a recipient of the National Medal of the Arts from President Obama in 2007.

On March 14, the Master Chorale will honor Lauridsen at the Alex Theatre in Glendale with a screening of the documentary Shining Light: a Portrait of Composer Morten Lauridsen, followed by a discussion between the composer, LAMC Music Director Grant Gershon and film director Michael Stillwater.

On March 16, Music Director Grant Gershon will lead 48 singers of the LAMC in an evening of Lauridsen’s music with the composer accompanying one of the pieces at the piano. The program will include Mid-Winter Songs, Ave Dulcissima Maria, Canticle/O Vos Omnes, O Magnum Mysterium, , Madrigali, Nocturnes and Les Chansons des Roses (Lauridsen will accompany the last two pieces on the piano). Ironically, the only major piece the Chorale won’t be singing is Lux Aeterna, which has become a choral landmark since it was premiered and recorded by the Master Chorale in 1997.

Lauridsen, who turned 71 this week, lives in Hollywood but spends his summers composing on remote Waldron Island, located off the coast of Washington State in the Pacific Northwest’s San Juan Archipelago in the Pacific.

The 74-minute film being screened Friday has won several awards and features interviews with Lauridsen in both of his homes and in Scotland, interspersed with his music. Other composers and critics are also interviewed, including Southern California musicologist and conductor Nick Strimple, who describes Lauridsen as “the only American composer in history who can be called a mystic … and the most frequently performed American choral composer. “ Terry Treachout has an online review of the film in the Wall St. Journal HERE.

Following their performances this weekend, Dudamel and the Phil will make Corigliano’s Symphony No. 1 a centerpiece of their North American tour, which runs March 11-23 (DETAILS). The work, paired with Tchaikovsky’s Symphony No. 5, will be played in San Francisco, New York City’s Avery Fisher Hall, Washington, D.C., Toronto, Montreal and Boston.

The alternate program — Brahms’ Symphony No. 2; Blow bright, by Icelandic composer Daníel Bjarnason, which received its world premiere in Disney Hall last December; and Rachmaninoff’s Piano Concerto No. 3, with Yuja Wang as soloist — will be played in Kansas City and New York.

Dudamel has elected to pair the uber-familiar Tchaikovsky fifth on tour with the far-less-known Corigliano work because, “[although] they were composed nearly a century apart, these two works communicate similarly deeply human messages … and highlight core aspects of the Philharmonic’s unique programmatic philosophy” of spotlighting significant contemporary works.

Written in 1988 when Corigliano was age 50 and first performed by the Chicago Symphony under the baton of Daniel Barenboim in 1990, the 41-minute-long Symphony No. 1 was the composer’s first large-scale work and was written as the AIDS crisis was raging in the United States. 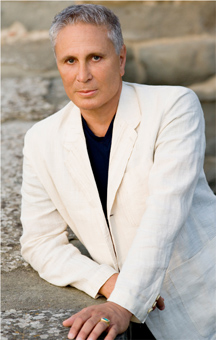 “At the time,” said Corigliano (pictured right) in an e-mail interview just after his 76th birthday last month, “I had lost over 100 friends and colleagues. My closest friend (for three decades) was dying, and came to the performances, accepted the dedication to him, and passed away a week later. This was a horrible time and writing my symphony was all I could do. So my feelings at the premiere were enormously influenced by my friend, Sheldon [Shkolnik], his state and the world then around me.

“Since then,” continued Corigliano, “many things have changed, especially concerning the treatment of AIDS. So hearing the work now has been more of a nostalgic experience. The memories of my friends come back to me, and I feel grateful to be able to mourn them in this different way.”

Symphony No. 1 won the prestigious Grawemeyer Award for Composition in 1990 and captured Grammy Awards in 1991 for “Best New Composition” and “Best Orchestral Performance” (by Barenboim and the CSO). Six years later the piece won another Grammy, for “Best Classical Album,” a recording by the National Symphony led by Leonard Slatkin. That combo played the work at Disney Hall in 2005.

Dudamel will be conducting piece for the first time. It’s just the second time that the Phil has played it; the first was in 1993 with David Zinman conducting. Corigliano will be in town for the rehearsals this week. “I always listen to any of my works in two ways,” said Corigliano, “one, as a trouble-shooter in rehearsal, and the other remembering the genesis of the work and the people I wrote the piece for.”

In his program notes for the symphony’s premiere, Corigliano wrote: “A few years ago I was extremely moved when I first saw ‘The Quilt’ (LINK), an ambitious interweaving of several thousand fabric panels, each memorializing a person who had died of AIDS, and, most importantly, each designed and constructed by his or her loved ones. This made me want to memorialize in music those I have lost, and reflect on those I am losing.

“I decided to relate the first three movements of the symphony to three lifelong musician-friends,” Corigliano continued. The dramatic opening of shimmering dissonant strings punctuated by a clanging bell and pounding percussion boldly proclaims the opening-movement’s title, Apologue: Of Rage and Remembrance.

“The first movement is highly charged,” wrote Corigliano, “and alternates between the tension of anger and the bittersweet nostalgia of remembering. It reflects my distress over a concert-pianist friend contracting the disease.

“The second movement, Tarantella, was written in memory of a friend who was an executive in the music industry. He was also an amateur pianist, and in 1970 I wrote a set of dances (Gazebo Dances for piano, four hands) for various friends to play and dedicated the final, Tarantella, movement to him.

“This was a jaunty little piece whose mood, as in many tarantellas, seems to be at odds with its purpose. For the tarantella, as described in Groves Dictionary of Music, is a “South Italian dance played at continually increasing speed [and] by means of dancing it a strange kind of insanity [attributed to tarantula bite] could be cured.” The association of madness and my piano piece proved both prophetic and bitterly ironic when my friend, whose wit and intelligence were legendary in the music field, became insane as a result of AIDS dementia.

“In writing a tarantella movement for this symphony, I tried to picture some of the schizophrenic and hallucinatory images that would have accompanied that madness, as well as the moments of lucidity.”

“The third movement (Chaconne: Giulio’s Song),” continues Corigliano, “recalls a friendship that dated back to my college days. Giulio was an amateur cellist, full of that enthusiasm for music that amateurs tend to have and professionals try to keep. After he died several years ago, I found an old tape recording of the two of us improvising on cello and piano, as we often did. That tape, dated 1962, provided material for the extended cello solo in this movement. Still other friends are recalled in a quilt-like interweaving of motivic melodies.

“The symphony’s final part (Epilogue) … is played against a repeated pattern consisting of ‘waves’ of brass chords. To me, the sound of ocean waves conveys an image of timelessness.”

While knowing the symphony’s origins provides rich background reading, it’s not essential to enjoying the work, says the composer. “There are no rules on how to listen to this piece,” he said in his email. “When it was played in Kiev, with no program notes written, it was heard as a tragic symphony. When it was played a month later in San Francisco, many of the audience heard it in an intensely personal way. Both are correct.”
_______________________