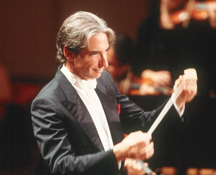 By now you’ve probably heard the news that Michael Tilson Thomas will retire as music director of the San Francisco Symphony at the end of the 2019-2020 season. He will be age 75 at that point and will have served 25 years in the post (LINK).

Those of who have grown up in Los Angeles cannot think of M.T.T. without considering his strange stint as principal guest conductor of the Los Angeles Philharmonic from 1981-1985 (Sir Simon Rattle held the same position at approximately the same time).

However, despite Thomas’ precocious and prodigious talent, Ernest Fleischmann, the Phil’s executive director, preferred Esa-Pekka Salonen to succeed André Previn as the orchestra’s music director and so Thomas moved on, first to head up the London Symphony Orchestra and then San Francisco.

It’s a case of what might have been, but things did seem to work out for all concerned.