The 45-year-old Frenchman, who will lead the Los Angeles Philharmonic on July 25 at Hollywood Bowl (INFO), will succeed David Robertson beginning in 2018. 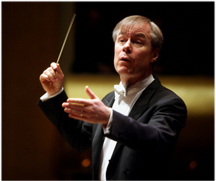 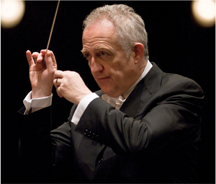 My “regular” job as Director of Administration and a member of the pastoral staff at Pasadena Presbyterian Church has caused me to lay aside my music critic/columnist role during an ultra-busy holiday season but I’m back on a semi-regular basis now.

During my hiatus, we’ve lost some musical giants to death — including Kurt Masur and Pierre Boulez — and retirement — Michelle Zukovsky (LINK).
In addition, the National Symphony Orchestra of Washington D.C. has made a fascinating choice for its next music director in Gianandrea Noseda (LINK)

During the past several seasons, the Los Angeles Chamber Orchestra has played a single concert at Ambassador Auditorium in Pasadena (which long ago was its home). During these “Discover” concerts, Music Director Jeffrey Kahane takes the first half of the evening to explain a major work and then leads the orchestra in a complete performance of the work.

This year’s 8 p.m. concert tomorrow will feature Bach’s Cantata No. 140, known as Sleepers Awake because of the Advent-themed tune that dominates the work. For tomorrow night’s performance, LACO will be joined by the USC Thornton School Chamber Singers, the Los Angeles Children’s Chorus and three soloists.

For a choral experience of a totally different sensation, consider the Los Angeles Master Chorale performances of Verdi’s “Requiem” on January 30 at 2 p.m. and Jan. 31 at 7 p.m. in Walt Disney Concert Hall. Artistic Director Grant Gershon will lead 110 choristers, four soloists and an orchestra in this monumental work with dynamics ranging from the softest solos to roof-rattling full-ensemble climaxes.

The latter will be accentuated by antiphonal trumpets placed around Disney Hall and a custom-built double bass drum to be used in the Dies Irae section. True confessions: while singing the Verdi Requiem would be a real treat, what I always wanted to do was whack that double bass drum.

Speaking of rattling the Disney Hall rafters, organist Paul Jacobs and soprano Christine Brewer will make an unusual combination in a duo-recital at Disney Hall on this Sunday at 7:30 p.m. Among the unusual choices of repertoire will be several pieces by Nadia Boulanger, who was better known as a teacher in the early 20th century than for her compositions.

The program comes from a recently released recording, “Divine Redeemer,” by the artists who will sign copies of the CD after the concert. For organ traditionalists, the evening will end with Jacobs playing the famous “Toccata” from the Symphony No. 5 by Charles-Marie Widor.

Among the notable orchestral concerts coming up, Music Director Marcelo Lehninger will lead his New West Symphony in concerts tomorrow night in Oxnard, Saturday night in Thousand Oaks and Sunday afternoon in Santa Monica. The program will feature music by George Gershwin and Maurice Ravel. Finnish pianist Denis Kozhukhin will be the soloist in Ravel’s G Major Concert.

Esa-Pekka Salonen, Los Angeles Philharmonic Conductor Laureate, returns to Disney Hall for a nearly month-long series of concerts that begins Jan. 29, 30 and 31 when he leads the Phil in performances of Mahler’s Symphony No. 1 and Beethoven’s Piano Concerto No. 1, with another familiar figure, pianist Yefim Bronfman as soloist.

It would be tempting to call this a program of “firsts,” except that the concerto was actually the second that Beethoven wrote. Since it was published before the B-flat major concerto, the C Major concerto became listed as No. 1.

Salonen will return to lead the Phil during mid-February in two programs as part of his “City of Light” festival, which features French music spanning a century. Among the other programs in the festival will be Music Director David Robertson leading his St. Louis Symphony in a performance of Olivier Messiaen’s Des canyons aux étoiles, a 90-minute work inspired by Utah’s national parks, including Bryce Canyon.

Full information on the “City of Light” festival is HERE.