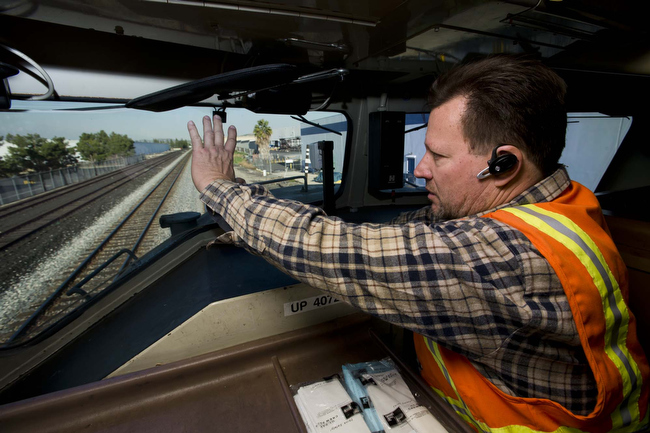 Train conductor Russ Avery never thought he’d feel the way he did when he collided with a commercial big rig that stopped on the Fairway Drive crossing last week.

“The impact was so hard, I couldn’t believe it,” the 10-year Union Pacific Railroad train operator said. “It was kind of terrifying.”

It was the first time Avery had ever crashed into a vehicle, the driver of which escaped unharmed.

“I don’t get it. Why don’t people understand?” Avery asked. “I’ve been caught by trains and it sucks, but it’s not worth your life.”

As part of its UP CARES (Union Pacific Crossing Accident Reduction Education and Safety) public safety initiative, the railroad franchise on Friday gave an insider’s look at locomotives and what its engineers go through on a typical day to avoid accidents.