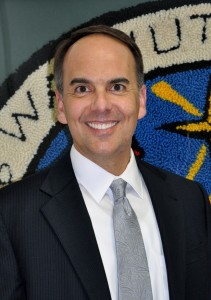 The Walnut Valley Unified School District Board of Trustees approved Matthew Witmer as the new Assistant Superintendent of Educational Services. The veteran educator brings 18 years of experience to his new post.

Witmer has a strong background in the area of curriculum and instruction, and has led the transition into Common Core State Standards.

“I look forward to working with Witmer.  He will make a great addition to the Walnut Valley family,” he added.  Witmer assumed his duties on March 3, 2014.

Since 2012, Witmer served as Director of Educational Services in the Corona-Norco Unified School District.  He was responsible for all areas of the division in the 54,000-student district.  During Witmer’s tenure, CNUSD was selected as a 2012 and 2013 finalist district of the Broad Prize for Urban Education.

Under his leadership, as Director of 7-12 Instruction, the Garden Grove USD was named winner of the 2004 Broad Prize for Urban Education.

Additionally, Witmer is an adjunct professor of Educational Leadership at the University of California Irvine Extension and Azusa Pacific University.  Prior to that, he worked as an associate professor, director, interim program director, principal, assistant principal, and teacher.

“The reputation of the Walnut Valley Unified School District has been outstanding for a long time, and I look forward to supporting our students’ learning and contributing to the district’s future success,”  Witmer said.

Witmer has filled a vacancy in the Educational Services Department