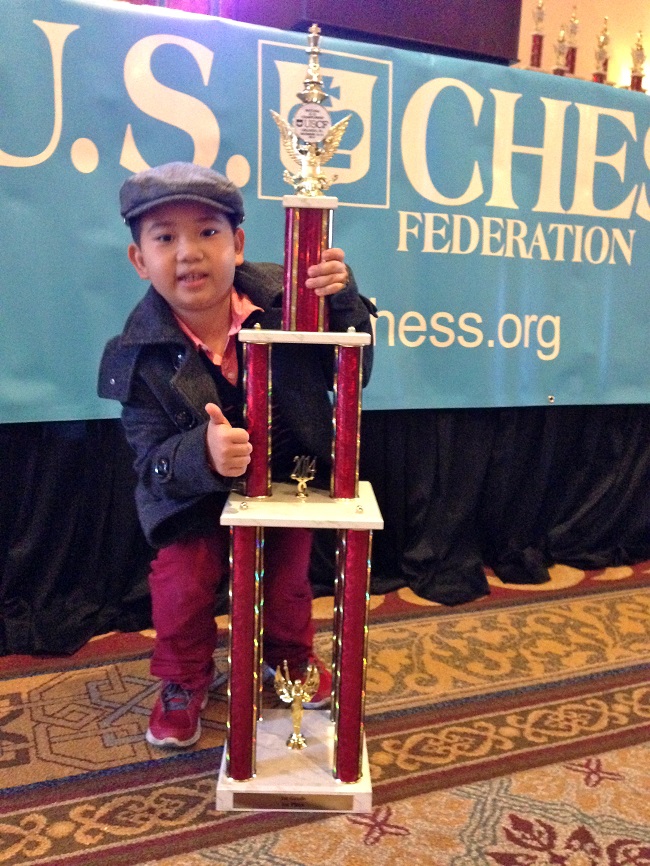 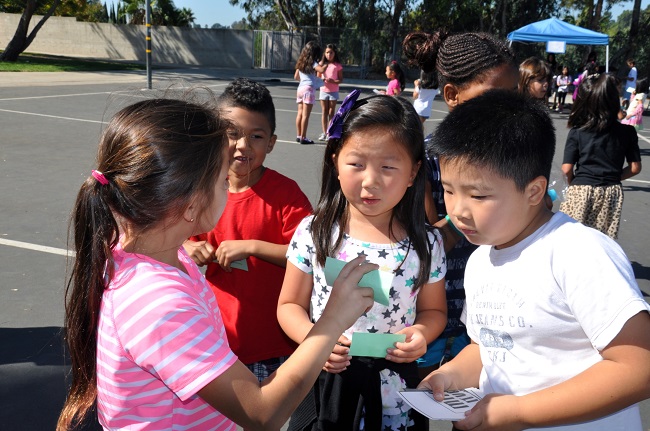 Students stepped out of their comfort zones to connect with other students during Mix It Up Day at Quail Summit Elementary.

Quail Summit Elementary students joined the national Mix It Up at Lunch Day on October 28. The event provides students with an opportunity to move out of their comfort zones and connect with someone new.

And that’s just what they did! As the youngsters came out for lunch recess they visited three stations where parent volunteers passed out conversation starter cards.

“The best thing about today is that they are making new friends!” said parent Vivian Liao.

After the boys and girls met a new friend that matched their inquiry, they received a puzzle piece, and a new card. When they earned four pieces to solve the puzzle, the kids received a green Mix It Up Day wristband, frozen treat, and hand stamp. They could also join the Cupid Shuffle dance party hosted by teachers Jessica Cabral and Erin Ruhl.

“I remember doing this in 1st grade!” recalled Asha Longsworth. She buddied up with second grader Whitney who liked being with her new big friend.

The innovative activity helps to create a school environment where respect and inclusiveness are core values. Quail Summit was designated as a Mix It Up Model School in 2013.