Quietly and without fanfare, the Mount San Antonio College board extended the college president’s contract for three years and also gave him a $10,000 tax-sheltered annuity. 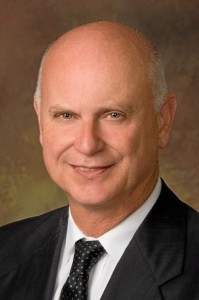 Bill Scroggins, 66, is under contract to serve as president of Mt. SAC until June 30, 2017, when his new contract will expire, according to a board agreement enacted Sept. 10.

This is the third $10,000 annuity given to Scroggins during his three-year tenure. He received one in July 2012 after the board amended his original contract, and in July 2013. Scroggins will receive a $10,000 “tax-sheltered annuity” every year for the next three years, according to his new contract and college officials.

The college also pays a portion of his retirement into a statewide retirement system which is separate from the annuities, said Jill Dolan, director of public affairs for the college.

Though the trustee board did not adjust his salary this month, Scroggins has received a $22,000 raise since he came on board. His salary rose from $225,000 in July 2011 to $247,428, his current annual compensation, according to records and college officials.

Trustee David Hall said during the meeting that it was not unusual for a college board to grant its president/CEO annuities and added Mt. SAC had indeed given an annuity to President Bill Feddersen, who served from 1991 to 2002, said Yen Mai, Mt. SAC’s marketing and communications director.

During the discussion in December 2012 to amend Scroggins’ contract to allow the board to provide an annuity, Trustee Fred Chyr, now board president, said the annuity was not based on the president’s performance. The item raised an objection from Student Trustee Elisa Marin who said students would not agree to any kind of pay increase during these difficult economic times, according to minutes obtained by this newspaper.

Giving annuities is just another way of giving a bonus to keep an administrator, experts said. But the type of cash add-on, in this case a tax-sheltered annuity available after a person retires, suits older administrators more than younger or middle-aged managers, said Heidi Gallegos, board president of the Rowland Unified School District and a recent member of the Mt. SAC bond oversight committee.