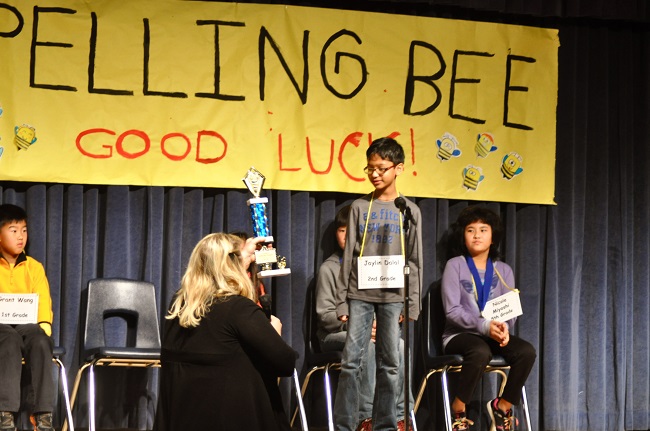 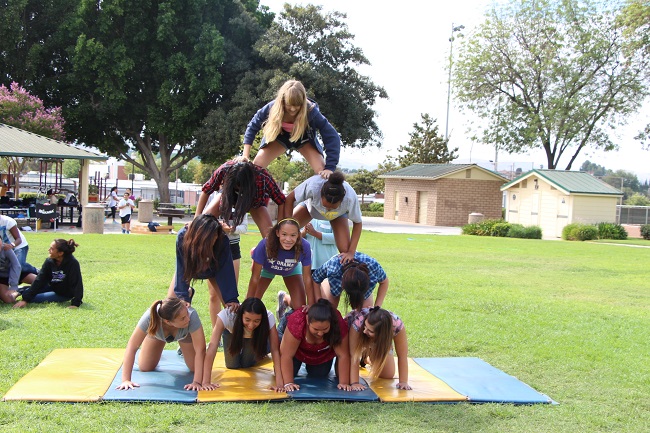 Suzanne Middle School 8th graders took a giant step forward in breaking down the walls of stereotypes and learning about the people around them during the 6th annual Summit. The exciting day of activities included workshops, discussions, and a motivational speaker.

About 475 students were divided into three groups to rotate through breakout sessions in classrooms, the field, and the multi-purpose room. The topic of the day was “Understanding and Overcoming Stereotypes”

“Students were mixed up into groups so they could get to know peers that they might not otherwise meet,” explained counselor George Ann Cusson.

The entire 8th grade class participated in a day of reflection and opportunities of personal growth,” said teacher Marla Rickard.

Classroom sessions allowed students to look at the impact of judging people and to reflect on personal impacts on all the parties. Some of the activities included If You Knew Me Well, the Tootsie Pop, and the Playing Card.

The field activities focused on team building through physical activities, a favorite was the Human Pyramid.

During the Stand Tall challenge in the MPR, students learned more about themselves and each other. They analyzed the Iceberg Theory to find ways to drop below the water level to get to know their fellow classmates.

Rickard and Cusson created the event made possible with the help several teachers and staff members, PLUS and PALS service club members, and leadership students. Thirty-one Walnut High School students and two graduates also come for the day to facilitate and lead all the breakout sessions.

“Without them the day would not be as successful. It’s a true team effort,” Rickard said.

“I think the kids are learning more about what they say to each other and to think before they speak,” said WHS senior and ASB president Phillip Silesky,

In one game, students asked their neighbor questions from a bowl. Some were serious  – what would you do if you knew one of your friends was taking drugs? And some were funny – if you were invisible for one day what would be the first thing you would do?

“I probably wouldn’t even know I was invisible and just go to school!” one student replied.

After lunch, WHS graduate and motivational speaker, Dee Hankins spoke to the class about goal setting, rising above any situation, and encouraged the students to live their life with purpose.

The Walnut Valley Unified School District Board of Trustees has approved two administrative positions for the 2014-2015 school year.

Dr. Sergio Canal in the new Director of Pupil Personnel 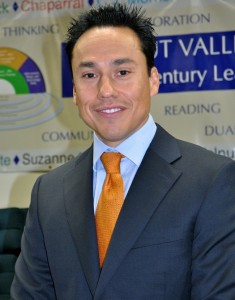 Services/Secondary Education in the Educational Services Division. Sergio brings 18 years of expertise in the K-12 educational system. Most recently, he served as principal at Nogales High School. He has also been an elementary teacher, middle school assistant principal, and high school administrator.

David Suarez was approved as Director of Maintenance, Operations, 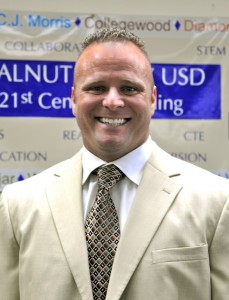 Transportation and Facilities.  David comes highly recommended and brings a wealth of experience and leadership to the district. For the past five years, he supervised over 300 employees as director of maintenance at Veolia. David is also a retired Air Force E-7 technical sergeant and served our country for 20 years.

Walnut Valley administrators remembered friends and family as they joined in the ALS Ice Bucket Challenge. It began at the high schools, before spreading to the school district headquarters.

Superintendent Bob Taylor answered the challenge from Walnut Principal Jeff Jordan on Friday. Jordan had taken the challenge during football practice the day before.

“I was happy to take the challenge because it’s a fantastic cause,” said Taylor. “It helps raise awareness for ALS. A relative of mine passed away from the disease so this has a special meaning for me.”

The challenge reached its peak on Wednesday, when six administrators answered Taylor’s challenge at the administration building. They lined up on a hot afternoon with temperatures reaching 100 degrees.

The brave educators waited their turn as bucket after bucket of ice cold water doused them. The shock cause several to jump out of their plastic chairs on the front lawn.

But they all agreed it was for a good cause, raising money for ALS, also known as Lou Gehrig’s disease. And for one it was very personal.

“I’ve had a couple of friends die from the disease,” said Assistant Superintendent Witmer.

The gregarious administrator remembered one friend, Mark Plum, who died from the progressive neurodegenerative disease that affects nerve cells in the brain and the spinal cord.

“We had a group of friends who would go to Disneyland every Christmas to see the decorations and the rides,” Witmer recalled. “His family and mine always enjoyed this Christmas tradition together.”

After the computer businessman became disabled with ALS, his friends decided to take him to Disneyland one last time. They packed his wheelchair and headed to the “happiest place on Earth.”

“We were all so happy he could go,” Witmer said. “We took turns pushing his wheelchair and took him on a couple rides.”

The adventure gave Witmer a “lasting memory” when his friend died, leaving a wife and two young children.

“It was hard, but we pitch in help his wife when she wants to clean the garage or fix something,” Witmer added.

Maple Hill Elementary students found a new school when they arrived Monday morning for the first day of the new year.

Diamond Bar families have waited patiently the past year while workers renovated the Diamond Bar campus.

Lush landscaping greets parents as they drive up to drop off their children. The vibrant shrubs and trees set the tone for the striking campus.

Inside, architects have balanced energy efficiency with high technology to produce a state-of-the-art school.

“We can have rainbows all day long,” said kindergarten teacher Lisa Esse.

Esse explained how light tubes channel sunlight into each classroom. Teachers can control shutters to allow just the right amount of light into their room.

“If you tweak the control just right, the prisms will form a faint rainbow,” Esse laughed. “The kids will love it.”

Ruiz turned off the lights to show how much natural light pours into the classrooms. It was still be easy to read a textbook.

“We have also installed new LED lighting throughout the school,” said Jeff Roule, construction manager for Walnut Valley Unified. He estimates the new lighting systems will save the school 20 percent on its electric bill. 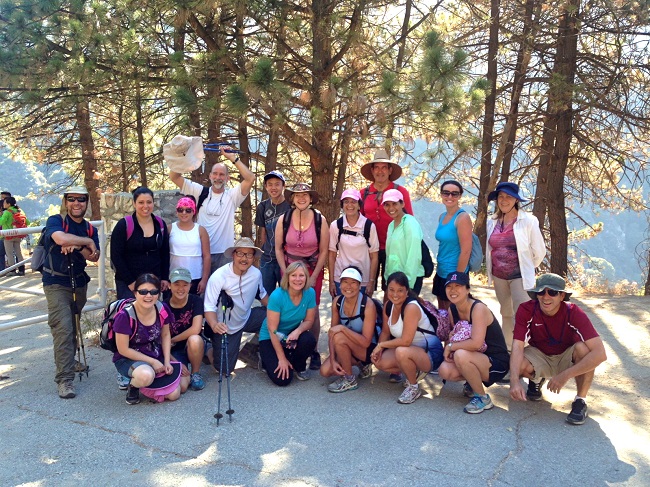 “We had a great time!” Principal Denise Rendon said after the four-mile hike.