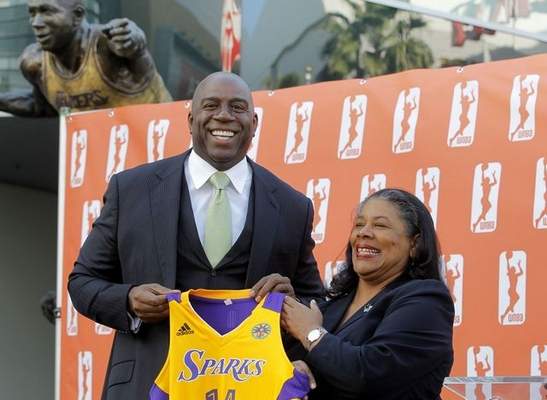 Despite his initially public denials, Magic Johnson confirmed the obvious.

He would like to be a part of an ownership group that buys the Clippers.

“I will be owning an NBA team sometime,” Johnson told a gathering of business leaders Wednesday at the Milken Global Conference in Beverly Hills, as reported by KPCC. “Is the Clippers the right situation? Of course. It’s one of the premiere franchises.”

Various league sources has suspected the Lakers legend would have such interest well before it was official NBA Commissioner Adam Silver issued a life-time ban to Clippers owner Donald Sterling for making racially insensitive remarks on an audio tape. Johnson sold his 4.5-percent ownership stake with the Lakers in 2010 and remains an unpaid vice president. He then became part of Guggenheim Partners, the investment group that bought the Dodgers in 2012. In February, Johnson’s ownership group also purchased the WNBA’s Sparks two months ago.

But Johnson had stayed silent, until now.

“I think the fans have already spoken,” Johnson said. “They would like us to own the team. But we have to wait and see.”