– Blake Griffin has now played eight games since missing the previous 15 with a staph infection in his right elbow. He was outstanding in this one, going for 21 points on 7 of 14 shooting. He made 7 of 9 from the free-throw line, pulled down nine rebounds and doled out four assists. He also had a block and a steal and did not have a turnover. Other than that, he didn’t do a thing. He apparently hit his elbow on the floor in this one, but he told the Orange County Register that although it was a bit sore, he’d be OK.

– As poorly as the bench performed, the starting five was darn good. Besides Redick’s 27 points and Griffin’s 21, Chris Paul had 21 points and 10 assists; Matt Barnes scored 18 and DeAndre Jordan had 15 points and 14 rebounds. But to be perfectly clear, everything was not terrific. Barnes was just 4 of 13 from 3-point range and Jordan made just 3 of 15 from the free-throw line.

– We can’t forget the defense. Yes, it slacked off when the Celtics made their belated run. But on the whole, it was very good. The Celtics shot just 41.9 percent from the field, only 25.8 (8 of 31) from beyond the arc. Those are numbers that Rivers would take every time.

J.J. Redick scored 27 points and the Clippers on Sunday won their seventh consecutive game with a 119-106 victory over the Boston Celtics at TD Garden in Boston. Interestingly, the Clippers held a 35-point lead (96-61) with 4:20 left in the third quarter and the Celtics were able to whittle that gigantic deficit down to 14 (111-97) with 4:16 to play in the game.

The Clippers’ starters came back in and then Boston’s Luigi Datome buried a 3-pointer to bring the Celtics within 11 points at 111-100 with 4:01 left before Matt Barnes made a huge put-back after the second of two missed free throws by DeAndre Jordan, who again fell victim to the hack-a-DJ ploy by making just 3 of 15 from the free-throw line.

Isaiah Thomas led the Celtics (32-41) with 19 points off the bench and Tyler Zeller scored 16.

The Clippers (49-25) now return home to take on the Golden State Warriors on Tuesday at Staples Center. The Warriors have the league’s best record at 60-13.

The Clippers led the Celtics by as many as 23 points in the third quarter, but Boston fought back and now trails by just 12 (74-62) heading into the fourth quarter.

Jamal Crawford had 12 points in the first half Monday/Photo courtesy of Los Angeles Clippers, NBA.com

Jamal Crawford led the Clippers with 12 first-half points and they led the visiting Boston Celtics 47-37 at halftime of a Martin Luther King Day matinee at Staples Center.

Crawford made a 3-pointer with 6.1 seconds to play for the final points of the half.

DeAndre Jordan had 10 points, six rebounds and four blocks in the half and J.J. Redick scored seven points.

The Celtics (13-25) shot just 29.2 percent from the field in the half. They got nine points from Jared Sullinger. 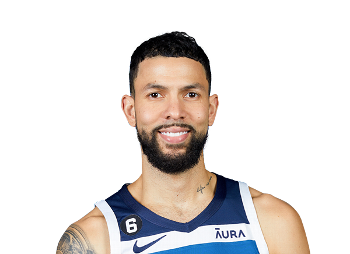 With all the rumors swirling about the possibility of guard Austin Rivers coming to the Clippers in a trade with Boston – the younger Rivers is part of a deal that apparently will send him from New Orleans to Boston , though official confirmation has yet to come on that – Clippers coach Doc Rivers was asked about all that Sunday morning before his team took on Miami at 12:30 p.m. at Staples Center.

Coach Rivers couldn’t say much because of league rules, so everything was hypothetical. Among those questions came one asking the elder Rivers if he was concerned he might play favorites with his son, who would likely be a reserve.

“I probably show favoritism to Blake (Griffin) and Chris (Paul),” Rivers said. “I love my son, but I’m still going to favor Blake and Chris and those guys first. The only one that would be upset with that would be Kris Rivers”

Kristen Rivers is the wife of Doc and mother of Austin.

Again, the Austin Rivers to Celtics trade is not official. The Pelicans and Celtics play each other Monday at Boston. Austin Rivers was still listed on the New Orleans roster as of Sunday. Memphis is also involved in the Rivers-to-Boston deal, according to multiple reports.

Doc Rivers on Monday night paid the Lakers and their fans quite a compliment. Rivers on Sunday went to Staples Center as a fan to watch his son Austin toil for the New Orleans Pelicans against the Lakers. Austin Rivers is a reserve guard for New Orleans.

As Doc Rivers played host to reporters in his pre-game news conference Monday ahead of the Clippers’ game against the Phoenix Suns, he was asked how he was treated by Lakers fans.

“They were very nice last night, they were very good,” he said, smiling. Rivers then discussed what he though about the turnout of 18,997.

“I’ll say this, one of the things I was impressed with was how crowded it was,” Rivers said. “Really, when you have the record that they have, it says a lot about their fan base and their loyalty. And I thought that was impressive. I went through that in Boston and I was always amazed how crowded it was every night. Celtics fans showed up every night, whether we were winning or losing.

“And the Lakers fans are doing that, too, and there are not a lot of fan bases in our league – or in any league, for that matter – that would do that. And I think that’s something that we’d love to be able to achieve some day. I don’t want to do that part of losing to find out, but I thought that was really impressive.”