Diligent readers will recall this blog’s lament about the paucity of non-Americanized Chinese restaurants in the Inland Valley. My hope was that Chino Hills, with its proximity to Diamond Bar’s Asian population, might have something a bit more interesting. A friend recommended a place, and some Internet research turned up a second.

We tried the second one — we’ll go back for the first — on Tuesday. That was Peking Deli, which is in a strip mall off the 71 Freeway at Pipeline. It’s a simple storefront operation with table service. Nothing fancy, but comfortable.

The menu has 118 items, and while it includes such American staples as orange chicken and pork fried rice, there are plenty of dishes one doesn’t encounter in the 909. As another friend said after scanning the takeout menu later, “This is totally Taiwanese style.”

There are two dozen soups, not just hot and sour and egg flower but seafood tofu, shredded pork with preserved pickle, and salted duck. Cold appetizers don’t even have English translations but include beef brisket, duck leg, tripe and pig ear. (Try ordering pig ear at Panda Express and see what happens.)

We had pork fried rice cake ($5.25), dry noodle with Peking sauce and sesame sauce ($4.50) and beef with spicy sauce ($8.75). My friend liked the latter two best; I preferred the rice cake. It’s not like the diet-food rice cake but rather slices of soft, chewy rice that resemble bamboo shoots.

All the customers but us were Asian, a good sign. Peking Deli has been in business four years and survives on word of mouth, our server told us. But she was delighted to learn that the restaurant had been well-reviewed on Yelp.com.

The only downside to the place is that it closes at 8:30. They didn’t kick us out, but within two minutes of our departure, the lights were out.

I hope to go back sometime — after first sampling that other Chino Hills Chinese restaurant.

* Update October 2014: Well, “that other Chino Hills Chinese place,” Good Time Cafe, has since closed, but Peking Deli is still in business. I returned recently for dinner, getting shrimp chow mein ($8), wonton in chili oil ($4) and a boba tea ($1.50). I had actually asked for No. 62, shredded pork with bean curd, but they brought me No. 26, the chow mein. Well, I like chow mein, so no harm done. (I didn’t want to waste food by sending it back.) I liked my dinner and took home enough for a second meal. Peking Deli is still among the most authentic Chinese restaurants in the Inland Valley, one actual Chinese American people eat at. By 6:30 p.m. that Sunday, when I left, every table was in use. 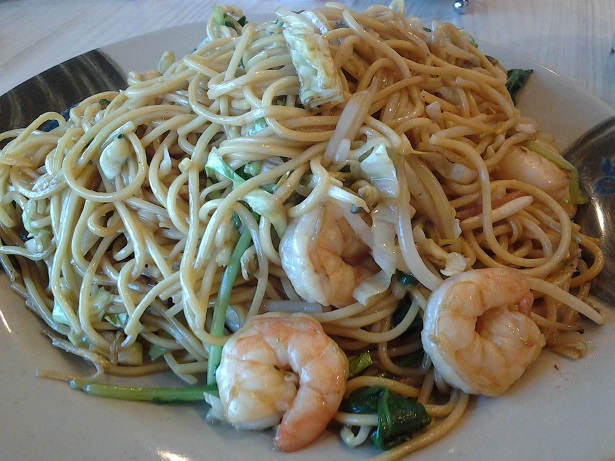 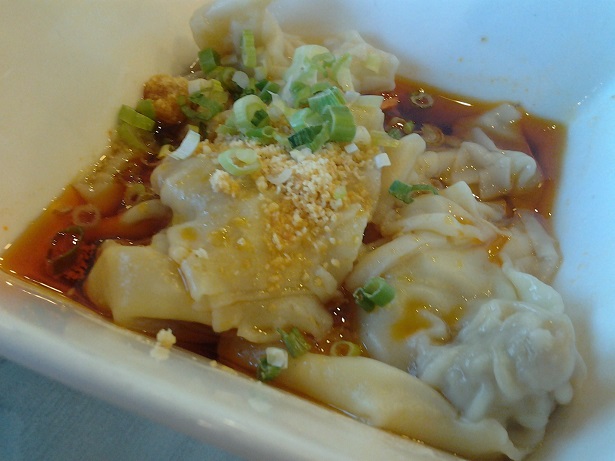