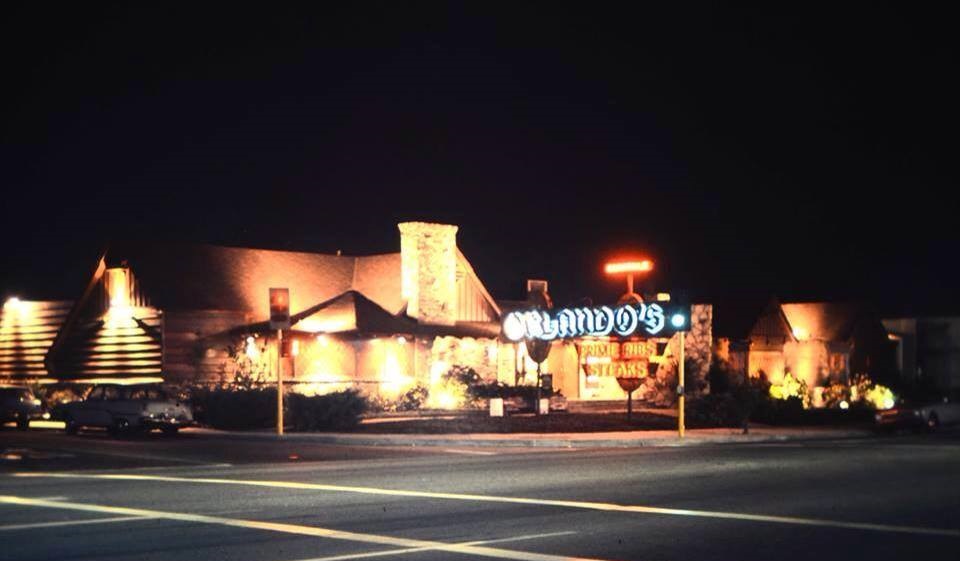 “My father has been trying to come up with the name of a Pomona restaurant that was extremely popular for many years. After many weeks of pondering, he believes the name of the place was Orlando’s.

“A quick check of the ‘Things that aren’t here anymore’ responses comes up with a few references but not too many details.

“As I recall, Orlando’s was not far from the Pomona DMV, but I never ate there. Dad remembers it as being ‘the best place for steaks in Pomona,’ and puts it on a par with RoVals in Cucamonga and The Golden Bull (in Fontana?). Dad also remembers Orlando’s featured a large and lively bar and that the restaurant was usually packed.

“Can anyone out there help with this one?”

My files indicate that Orlando’s was at Holt and Dudley, by the DMV, and was known for its steaks and its dumplings. But it was before my time. Anyone able to tell us more?