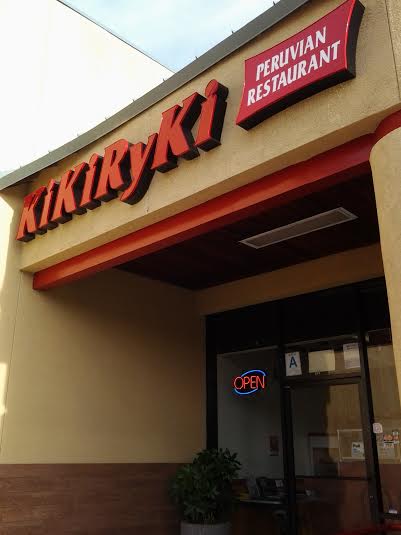 That dull, gray shopping plaza at Indian Hill and Arrow was updated into a more colorful, eye-catching design in 2013, but even before that, it had a couple of intriguing eateries, among them KiKiRyKi, which I tried at the urging of a friend who’s a fiend for the place.

It’s Claremont’s other Peruvian restaurant, the finer one being Inka Trails on Foothill near Towne. That place has atmosphere and is a bit pricey. KiKiRyKi is cheaper and you order at the counter, but the food seems practically as good.

Before you ask, I don’t know what the deal is with the upper-lower name, which reminds me of Sarah Jessica Parker’s character in “L.A. Story” — you remember, SanDeE* (“capital S, small A, small N, capital D, small E, capital E, star”). Just as confusing, you walk up to the entrance under the sign and a small sign tells you to use the entrance to the left, which is under a sign reading Pollos.

The ceviche was dressed in lime, cilantro and slivered onion, with a hunk of sweet potato on the side. Simple and tasty. Our lomo dishes were beef with chunks of tomato and onion, mine served on papas fritas (french fries), with rice on the side, the other with spaghetti. Mine was quite good. The sole disappointment was the dry rice, but as it was on the side I just left it. The Inka Kola was pleasantly unnatural, tasting like a Fanta soda crossed with bubble gum.

People on Yelp like the place too but, alas, none explain its name. In fact, Yelp calls it Pollos Kikiryki. 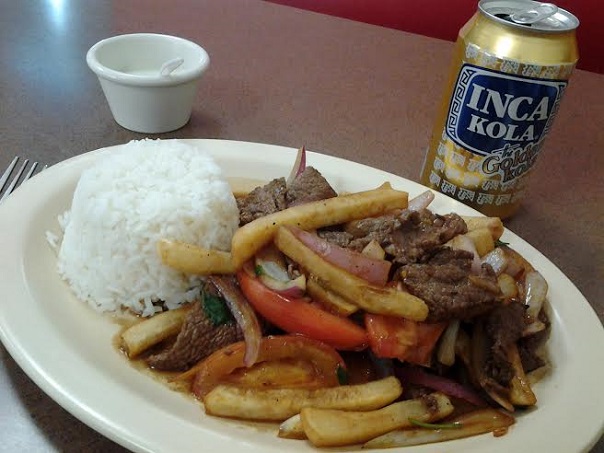