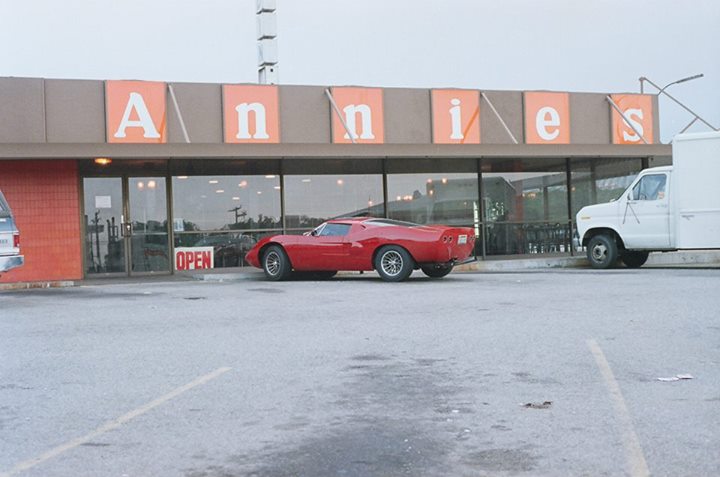 Thunderbird Lanes, 1555 N. Mountain Ave., was a bowling alley just below the 10 Freeway in Ontario that operated from 1960 until about 1991. It was torn down in 1996 to make way for the Edwards 14 multiplex. A vertical pole sign spelled out the name Thunderbird and was crowned by a neon-edged bird, wings extended.

As Charles Phoenix’s “Cruising the Pomona Valley, 1930 Thru 1970,” the source of the above rendering, put it:

“Visible from miles around, perched high above the action below, the giant spread eagle thunderbird with a 17 foot wingspan was aglow in yellow neon and alive with red light bulb eyes.”

I never bowled there, arriving after the center closed, but I remember the sign being just tall enough that from the freeway the bird could be seen peeking above the barrier.

At the Ontario Library’s Model Colony History Room, I paged through some phone books for information. The nifty 1960 ad at right notes that the Thunderbird, 1555 N. Mountain Ave., had 32 lanes and “free instruction.” The 1968 ad boasts that the Thunderbird had a “Daytime Housewives’ Leagues” (!) and was open 24 hours (!!). Definitely a good era for bowlers.

By the 1980 ad, the only portion still open 24/7 was the Thunderbird’s coffee shop, named the Trucker’s Spot. Makes me wonder if passing truckers had been among the night-owl bowling crowd.

Anyway, as I said, the bowling alley was demolished, but the Thunderbird figure atop the sign was saved, repaired and placed in the city’s Museum of History and Art. That’s the bird below. The museum, at 225 S. Lemon Ave. (essentially, the southeast corner of Holt and Euclid), is definitely worth a visit.

The two photos above were contributed by reader David Sutherland, who took them circa 1986. Annie’s was the coffee shop name at that point.

You’re encouraged to leave a comment if you have a memory of the Thunderbird, or even if you just think the bird is cool.