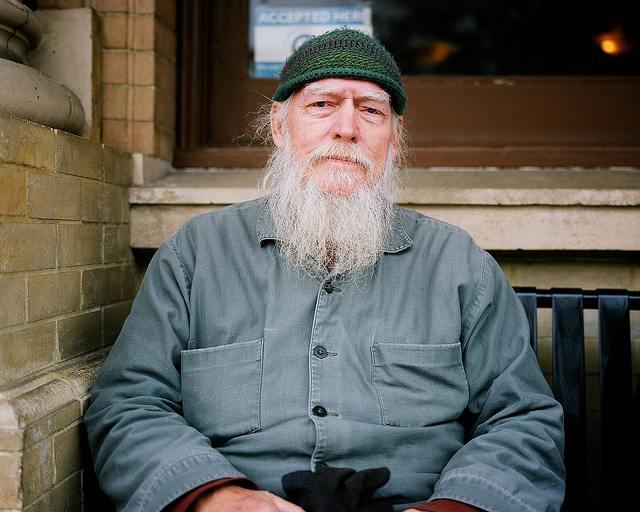 The Claremont fixture and Pomona native was 75. In 1964 Collins invited Frank Zappa to join his Pomona R&B band, the Soul Giants, which became the Mothers of Invention, a ground-breaking avant-garde rock band.

I wrote his obituary today and my Friday column fleshes out the story. Collins was press-shy, but he granted me an interview in 2009 for a column. If you met him, knew him or otherwise wish to comment, please do. (Photo by Peter Barwick outside Claremont’s Pizza N Such from the Ray Collins Fan Page.)

* Obituaries have appeared in the New York Times and Rolling Stone.