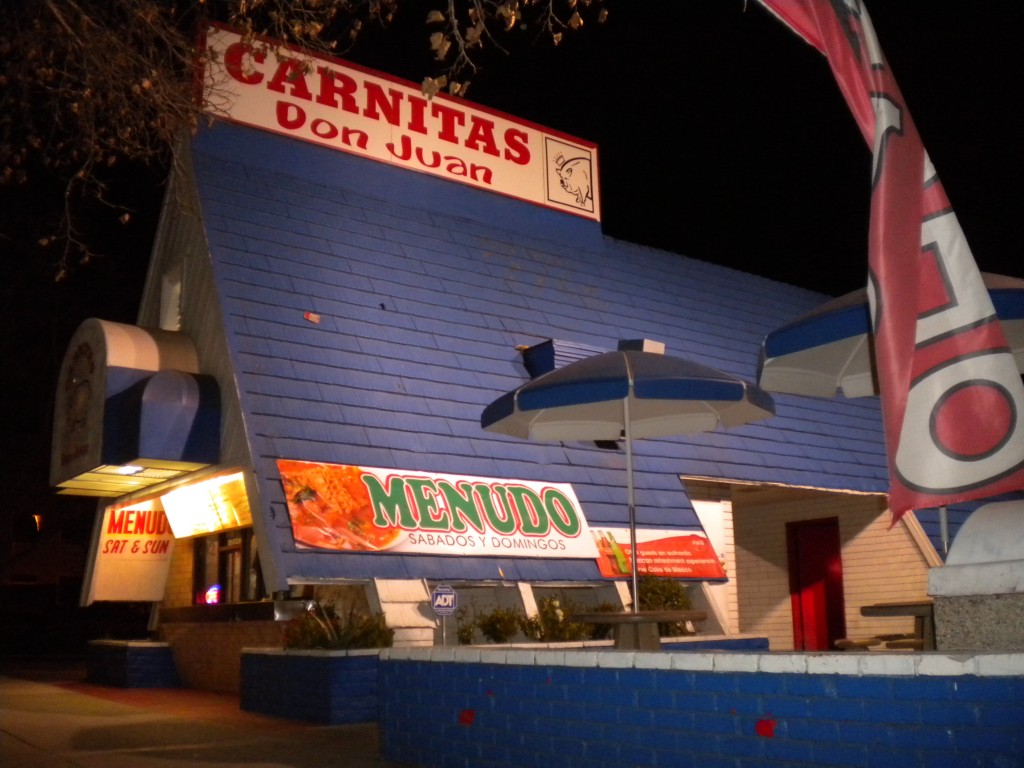 Opened in 2012 in a former Wienerschnitzel way out on Pomona’s West Holt past the Catholic church, Carnitas Don Juan has received enthusiastic ratings online. I met a friend there for dinner on what was one of the coldest nights of the year, and naturally the place has no indoor seating. Well, in the quest for taco excellence, we made the best of it.

They have tacos, burritos and tortas with various meats, many of them pork-based as you’d expect from the name, all served out of a blue-and-white A-frame building with a pig on the sign. Two friendly guys were in the kitchen, whose warmth felt inviting through the sliding order window. One joked that it’s not so great inside during the heat of summer. Regardless, I was about ready to ask for an application and tell them I could start immediately.

I had carnitas and chicharron tacos ($1.25 each, pictured below with carnitas on the right); the carnitas was crispy pork, the chicharron was pork rinds, i.e., even crispier. (They also have a chile verde carnitas that’s not crispy.) These were some of the best tacos I’ve had in Pomona. My friend had carnitas, al pastor and chorizo tacos, and other than concluding the al pastor was a bit dry, he was also impressed. We sat at a table on the otherwise-empty patio in our coats and stocking caps, warmed by the food. One of the guys came out to make sure we liked our food, which was nice of him.

I’m looking forward to going back, but maybe not on a night when it’s 38 degrees and dropping.

It’s relatively easy to get here from the 10, by the way: Exit at Dudley, drive south on Dudley and turn left on Holt; the restaurant is about two blocks east, on the south side. Just like Wienerschnitzel, they have a drive-thru. 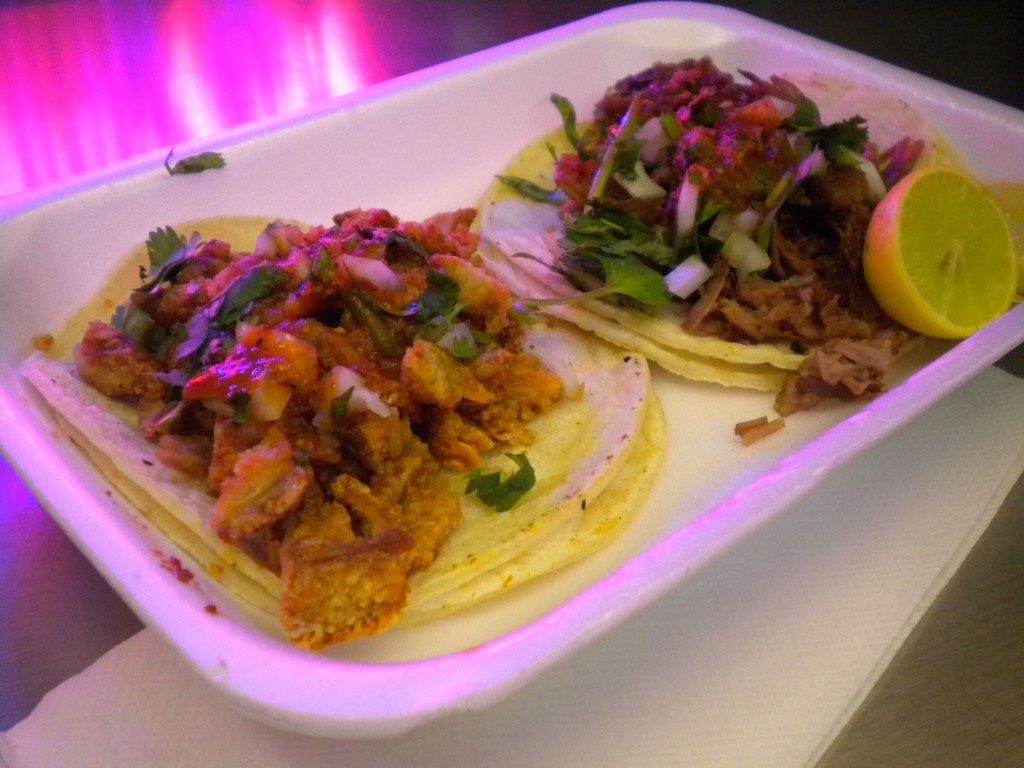