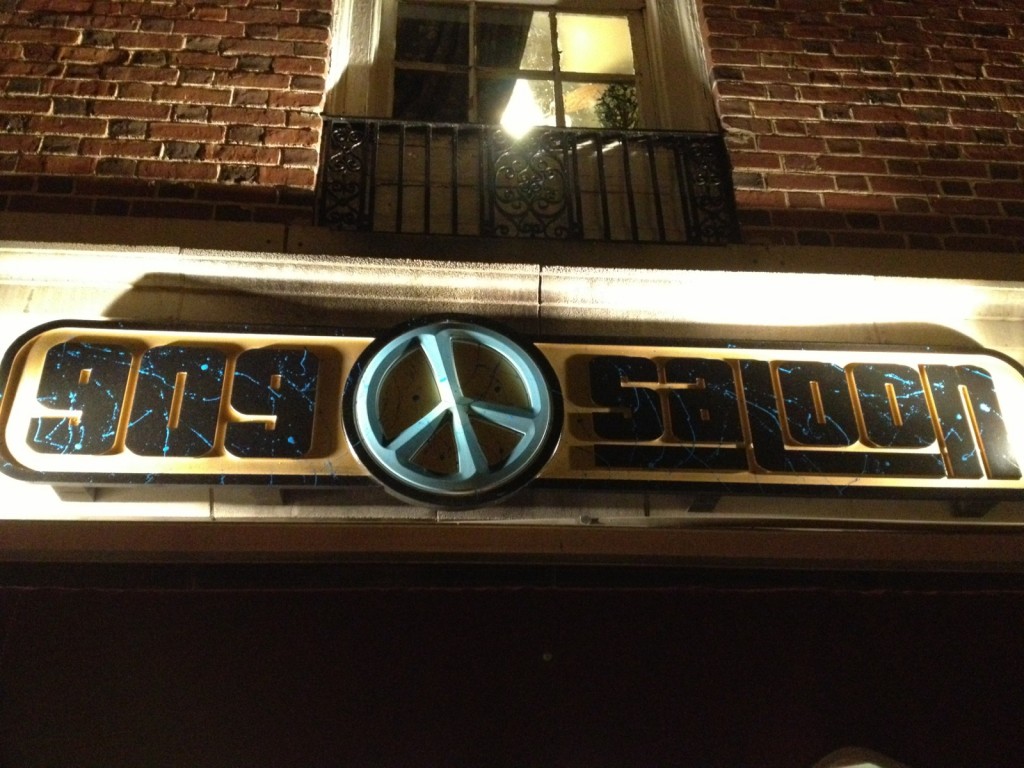 The 909 Saloon — with a peace symbol, no less? This was spotted not in the Inland Empire but on the other side of the country, specifically, in downtown Fredericksburg, Va., by Brad Kaylor, Ontario’s deputy police chief, who was attending the FBI academy in Quantico and snapped this shot for the folks back home.

The name, unsurprisingly, has nothing to do with an area code on the West Coast but rather relates to the saloon’s address, 909 Caroline St., according to the “about us” portion of the saloon’s website, which says the bar pays homage to the owner’s love of classic rock, hence the peace sign.