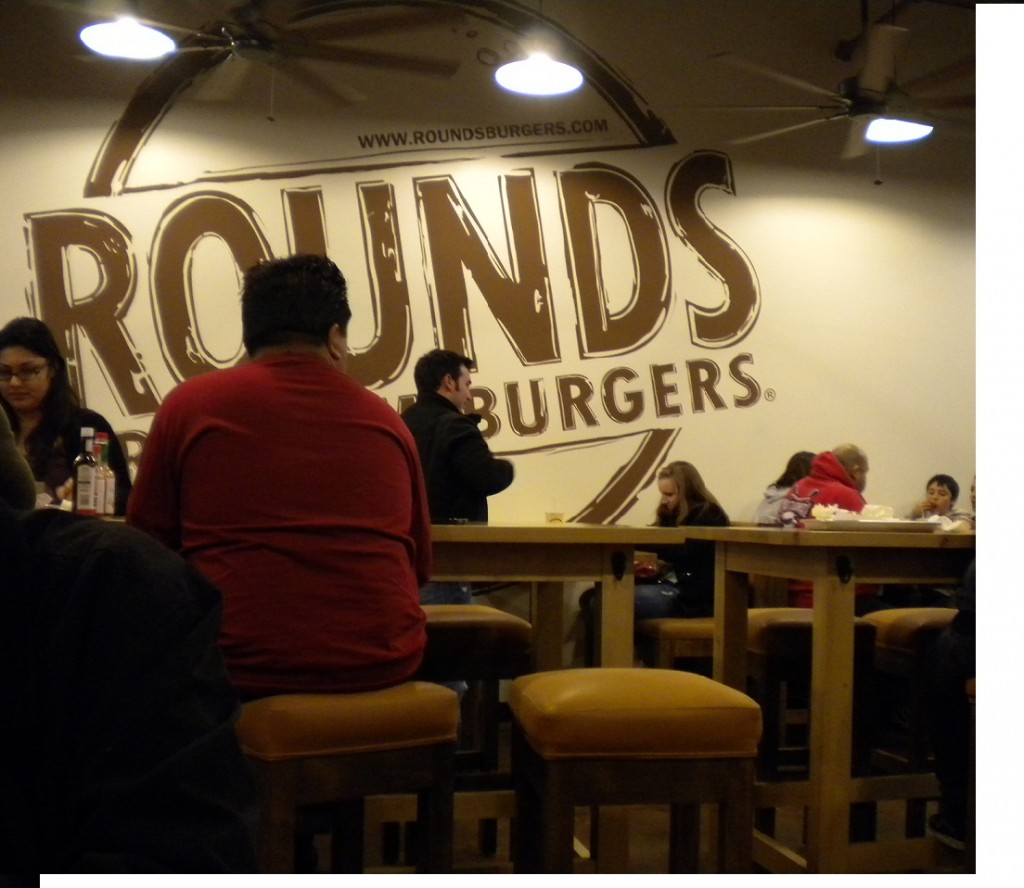 The premium burger wars are heating up in Claremont, where the Village’s Back Abbey and Eureka have been joined by Rounds, which opened in January near the 10 Freeway and Norms.

The only other location is in West Hollywood, a rare moment of hipness for Claremont; Pasadena and Sherman Oaks locations are said to be coming soon. The chain’s website is here.

I met a friend at Rounds in Claremont for dinner on a rainy Friday night recently. It was busy, but not as busy as Back Abbey or Eureka, where requesting a table at that hour might have sent a greeter into hysterics. At Rounds, where you order at the counter, there was still seating available. The feel is LA-ish, what with the centerpiece being a communal table. The seating is much more comfortable than a Five Guys and the music volume more restrained.

They have some burgers that can be ordered right off the menu, but they also provide slips  and pencils (a la The Counter) with which you can build your own burger in six steps, choosing from an array of sauces, toppings, cheeses and buns. It’s a little like doing homework, or maybe voting, as there are bubbles to fill in next to your choices, but it’s preferable to standing at the counter and trying to wing it.

I got a 1/3-lb. beef burger, cooked medium rare, with Swiss, mushrooms and pesto mayo on a fresh bun, as a combo with fries and drink ($9.65); my friend had a turkey burger with bleu cheese crumbles as a combo ($1 less because my mushrooms counted as a premium topping).

We liked ’em both: good burger, substantial bun, above-average skin-on fries. The burgers are made by hand and the buns are baked on the premises. Another friend opines that the result is somewhere between The Habit and Umami, or between fast food and gourmet, and priced accordingly.

(Somewhat pretentiously, though, the servers will tell you you can’t drop any toppings from the selection burgers because it would “harm the flavor combination.” Yet you could fill out a slip and come up with the same sandwich without the objectionable topping. Which part of “build your own” don’t they understand?)

While perhaps not as good as Eureka or Back Abbey, and with a more limited menu, Rounds makes pretty good sandwiches, and cheaper too, and you won’t walk in hearing the wait for a table is an hour. You might find the setting more restful and the attitude better. At the same time, Rounds isn’t in the Village, isn’t yards from the movie theater and it doesn’t have the style or beer selection of the other two places. Depends what you’re looking for. I like all three but I’m happy Rounds is here. 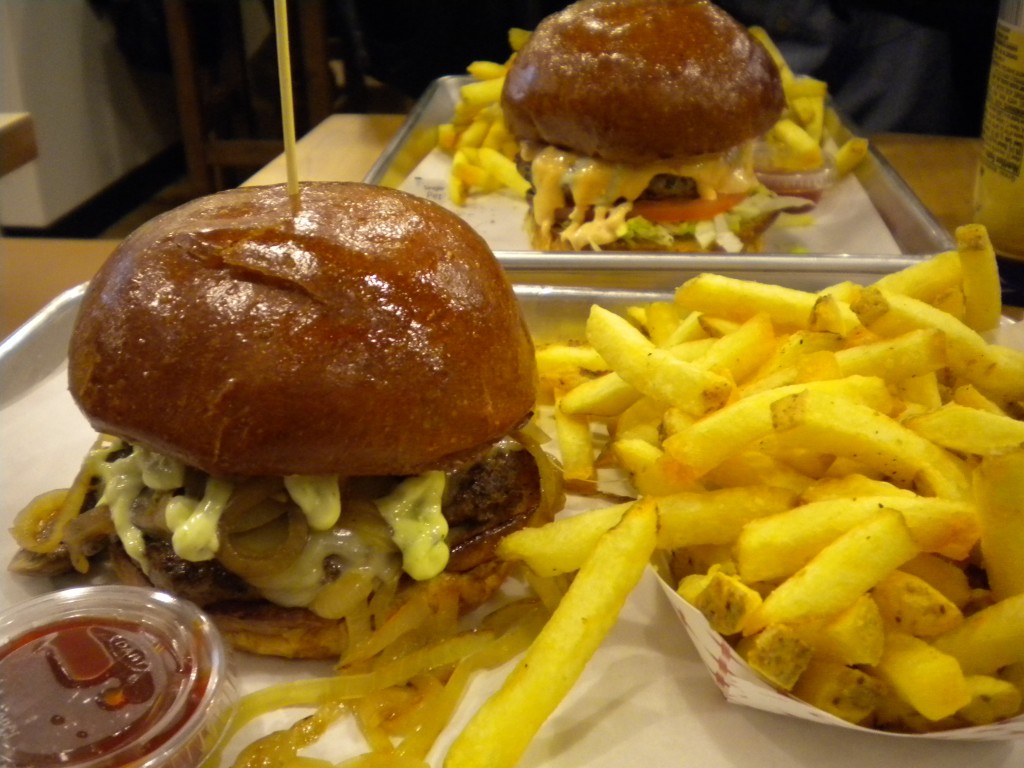