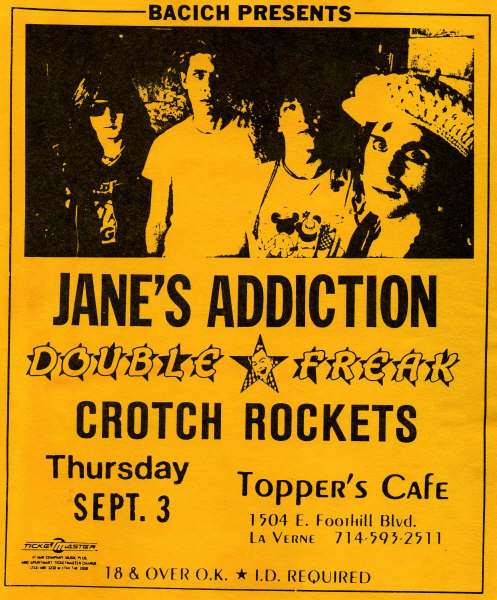 Strange but true: The alt-rock band Jane’s Addiction performed on Sept. 3, 1987 at Topper’s, a nightclub that took over the Cattleman’s Wharf location in La Verne. (A previous blog post about Cattleman’s, with a photo, can be seen here.) It’s not as momentous as Van Halen playing at Walter Mitty’s in Pomona in 1976, but it’s still peculiar.

Reader Eric alerted me to the gig after seeing an eBay listing for a bootleg from the show.

Why were they in La Verne? It’s slightly mysterious. Eric notes: “At that time, they were on a tour and playing larger venues like Irvine Meadows (now Verizon Amphitheater) just a few weeks before. Maybe they were playing as a favor to the owner?”

* Update: Two readers tell me the crucial factor was probably Pat Bacich, who “presented” the concert. He was also involved with Montclair’s Green Door bar, where a lot of bands played, and his brother, Mike, was a keyboardist for Oingo Boingo. One thought Jane’s Addiction might also have performed at the Green Door. 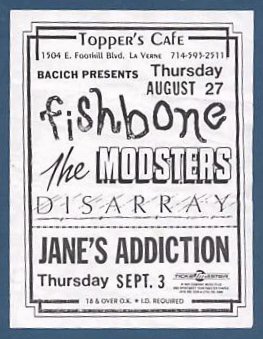