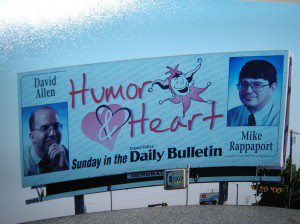 The other day on my Facebook page, reader John Bredehoft happened to ask if any of my billboards were still up, and I had to break it to him that those came down probably a decade ago. A couple of days later, out of the blue, a friend sent me a photo of that billboard which she’d found on the Internet while, she said, doing a Google image search for “clouds.” Huh.

The “Humor and Heart” slogan (dig the court jester!) jointly promoted my column and another’s, who wrote more heart-warming stuff.

Here are both photos for posterity. The billboard was up circa 1999 and maybe for a year or two beyond, on Central Avenue at the Montclair-Chino border, and maybe somewhere else too. Of course I took a lot of ribbing about it at the time, and also very recently when friends weighed in on the photo. As one commented: “Wait. Which one has the humor?” 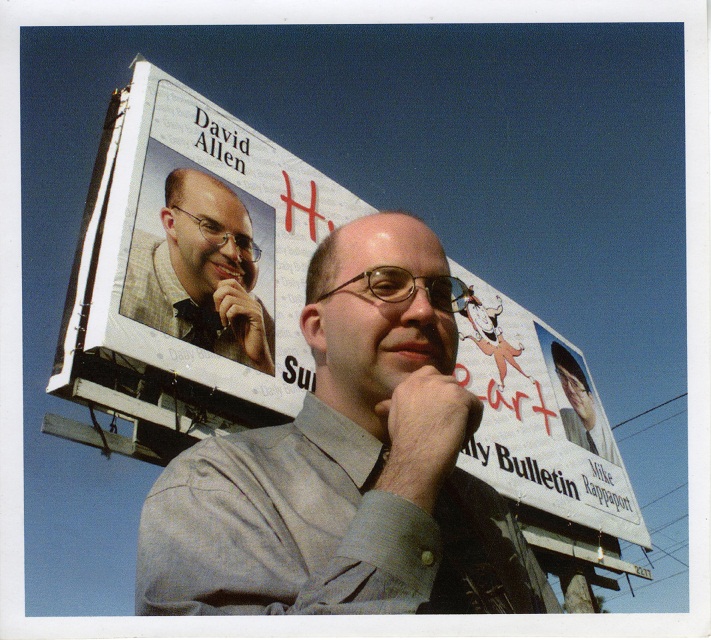