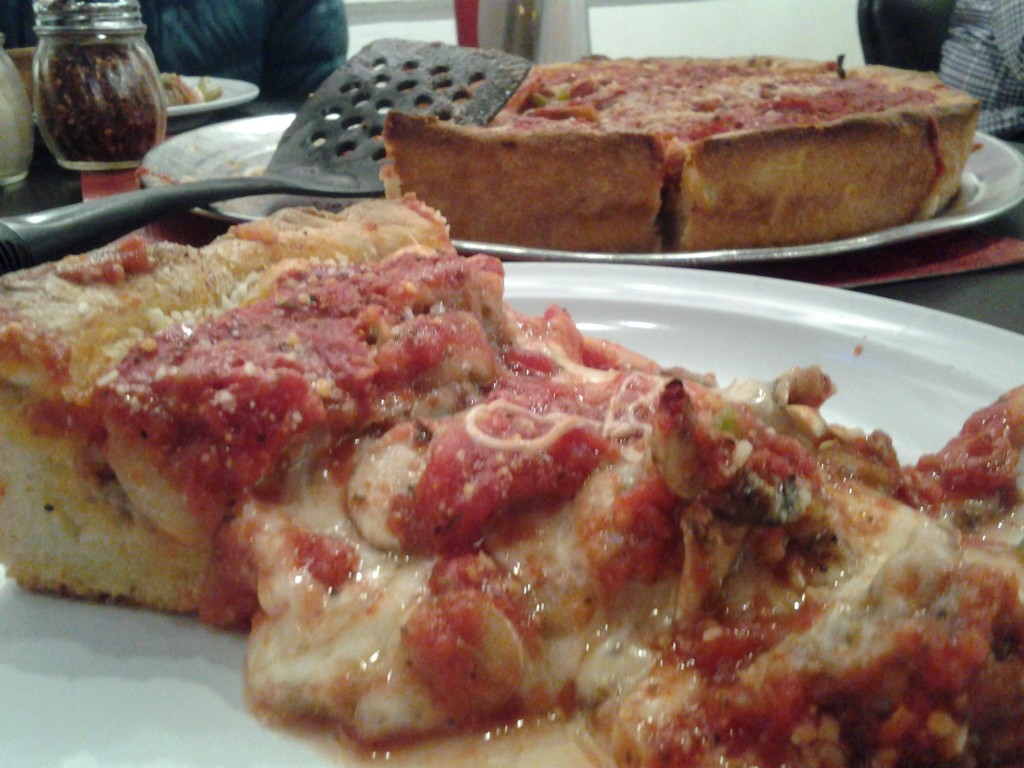 Ever had Chicago-style pizza? It’s deep dish, almost like a pie, with “toppings” usually found under the cheese and a crust along the edge that’s an inch or more high. And this kind of pizza isn’t that easy to find in Southern California.

After reading that two friends in Pomona had recently relocated from Chicago, the New Diner blogger sent me a list of Chicago-style pizza parlors in the region. They’re in Riverside (Romano’s), Yucaipa (AJ Barile’s), Echo Park (Masa), Yorba Linda (PHAT) and Placentia (Tony’s). To mix my food metaphors, it’s as if the Inland Valley were the hole in the doughnut.

It hasn’t always been thus. Rancho Cucamonga has had two outlets in the Numero Uno chain, and Upland used to have a mom and pop named Joe Chicago’s. You may know of others. The closest thing now is the BJ’s Restaurant and Brewhouse chain, with a location in Rancho Cucamonga near Ontario Mills, which serves deep-dish pizza.

Other than that, nada. If you like New York pizza, which I happen to prefer, we have the excellent San Biagio’s in Upland, and there may be more; certainly it seems New York pizza is easier to get and better known around Southern California than Chicago pizza, its total opposite. Don’t a lot of Chicago-ites flee its frigid winters for balmy SoCal, yet crave a taste of home?

Well, we tried the place the New Diner recommended the most highly, Tony’s Little Italy in Placentia, which as luck had it was also the closest, 16 miles from Pomona and a straight shot down the 57. We got a Tony’s special (sausage, mushrooms, onions, peppers), the 14-inch large ($22, I think). They have Chicago sports pennants, photos and other items on the walls for that Chicago touch, and of course you can watch Chicago teams play, and probably lose, on the TVs.

You have to wait 30 minutes for a crust that thick to bake. But the pizza was very good, with the crust especially coming in for praise. It’s so rich and crunchy and buttery. Getting a large was a mistake, in a sense. Chicago pizza is so dense, we could eat only two slices apiece, or 1 1/2 each in my friends’ case. We split up the remaining half (!) to take to our respective homes. I jokingly suggested we simply cut around the rim, share the outer crust and leave the pizza. But of course we wanted the guts of it too. In the end the oversized pizza wasn’t really a mistake because the leftovers were great as well.

Have you had Chicago-style pizza, here or in Chicago, and if so, what did you think? 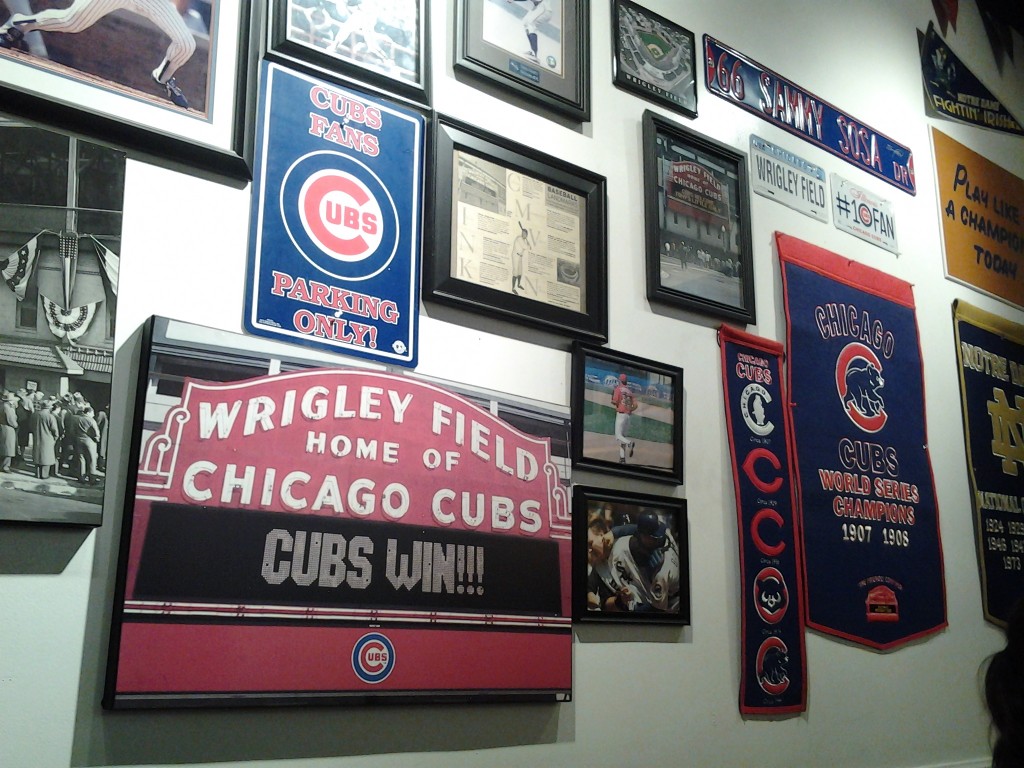