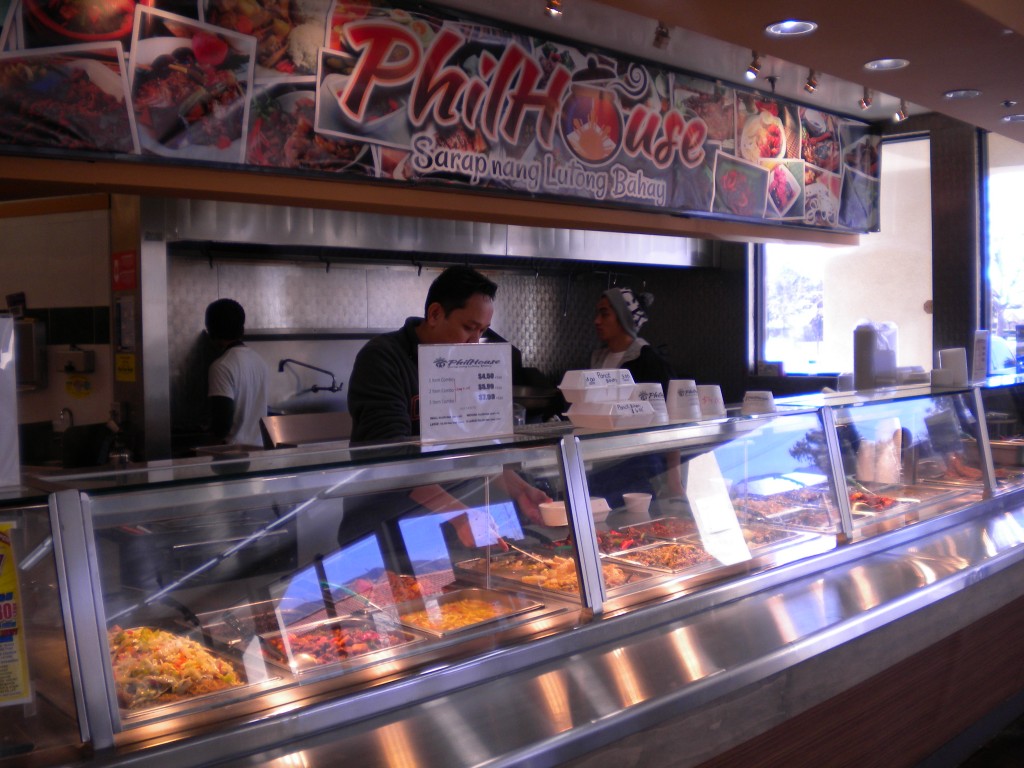 Like Market World, the Korean market chain that occupied this old Alpha Beta (and later IGA), the similarly Asian-grocery specialist Island Pacific Market has a small food court. Having never dined inside a supermarket before, I invited a friend for lunch.

The main food stall is a Filipino buffet, and there’s also a small dim sum stall. A couple of other spots are vacant. The market only opened in November. We lined up at the buffet, named Phil House. (Presumably no relation to reader Bob House.) It’s a little like a Panda Express: If you want a combo of one or more items, they grab a styrofoam container that already has rice in it and will add whichever items you request.

They had various pork, chicken, beef and seafood items, including barbecue skewers, and soups and stews. Other than an eggplant dish, we didn’t see any vegetables. Nothing is labeled, but we asked about various items that looked appealing. I had a pork dish and a soup with fish ($6, pictured below). My friend had a different pork dish and some kind of barbecued fish. No way you’re going to duplicate our order because even we don’t know what we had.

We sat in a nearby roped-off area of tables and chairs near the other stall. My grilled pork was tasty and the sauce at the bottom, flavored with onions and peppers, was great with a little rice mixed in. The soup, a broth with chunks of whitefish, was also enjoyable. My friend liked his fish (even though he had to pick out all the bones) and his other dish.

His wife arrived and got steamed buns from the dim sum stall. I had a pork bun (price unknown), and that was good too. The staff could be seen making them in the kitchen. About the only place I ever get steamed buns is the Famima in Union Station, and as you’d expect, these were better.

So, yes, you’d be eating inside a supermarket, but the food was good, fresh and cheap. Even if it might not have catchy names. 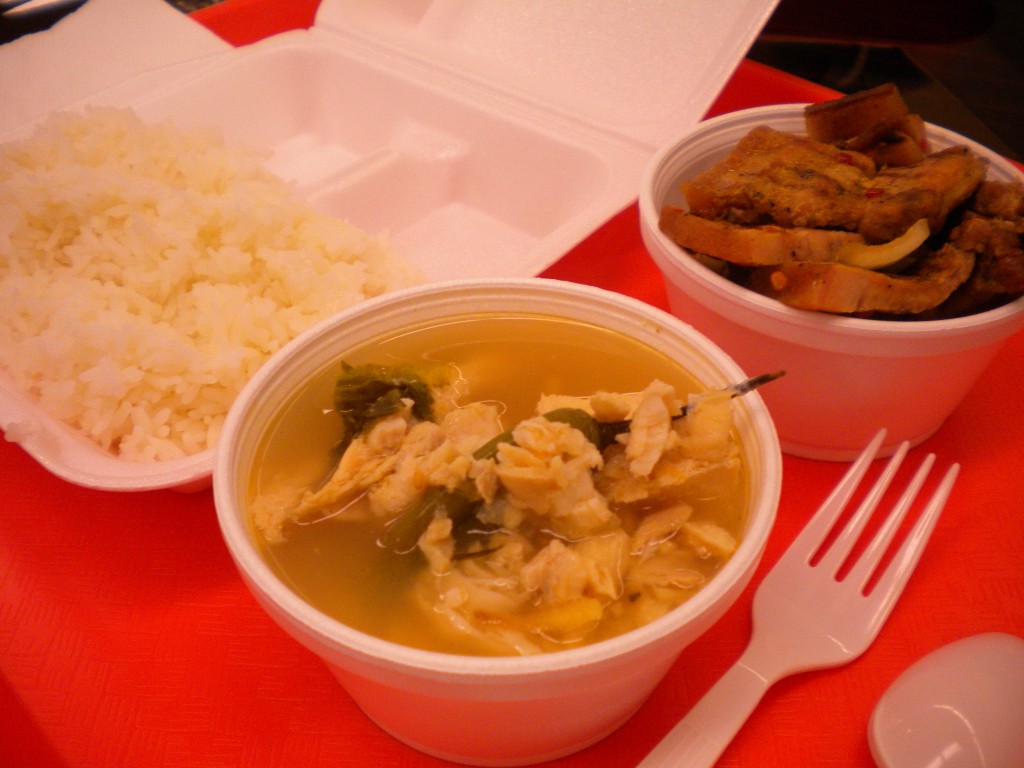