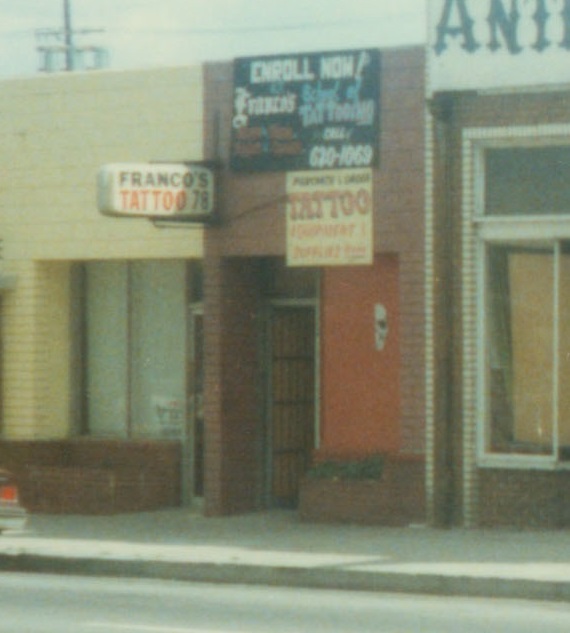 When Ontario officials told me (upon the opening in December of the first licensed tattoo shop within city limits in recent memory) that they didn’t believe there had been a tattoo parlor since the 1950s, I was skeptical and made sure not to treat that as fact.

Good thing, because two readers soon contacted me to say that a man named Franco had a tattoo shop on East Holt Boulevard, two blocks east of Euclid Avenue, in the late 1970s-early 1980s. Note that this puts his shop within blocks of both City Hall and the Police Department, so if he was hiding, he was doing so in plain sight.

One reader said she got her second tattoo there circa 1979. (She asked me not to use her name because “my mom would cringe if she read that as she still hates my tattoos!”) Another said Corey Miller, now of the Six Feet Under tattoo shop in Upland, apprenticed at Franco’s.

“A year later [1984], Corey went to Franco’s, the local tattoo parlor in Ontario, California. Franco was a 360-pound Sicilian with gold teeth, a Mohawk, and a .357 magnum slung in a shoulder harness. Corey and his buddies would go to Franco’s after school to drink beers and do whatever else they wanted to do. By summertime, Corey was drawing designs and taking out the trash at the shop, and Franco and the boys started calling him the shop hand. Franco’s soon closed after what Corey describes as some ‘pretty insane nights of fights, drunkenness, gunfire, arrests, and tattooing,’ but not before Franco sold Corey what he thought was a broken tattoo machine that turned out to work just fine.”

I asked Kelly Zackmann of the Ontario library’s special collections room to see if she could find anything on the shop. It was never listed in the phone book, but in the archives she found, amazingly, two photos of that block, taken April 1, 1985, that have a sign for Franco’s.

A city survey that year resulted in every building along Holt being photographed. Franco’s was either 224 or 226 E. Holt.

It wasn’t technically a tattoo parlor. The name on the sign is Franco’s School of Tattooing. Under that it appears to say “Learn a Trade” and “Begin a Career.”

“Not sure what the ’78’ means, unless that was when he opened,” Zackmann adds.

With barber, cosmetology and dental schools, you might find yourself served by a student. At a tattoo school, could you get a cut-rate tattoo from a student? A bad haircut grows back, but a tattoo seems like a lot to entrust to a trainee.

Click on the photos for a larger view of the buildings. If anyone remembers the shop, please leave a comment! 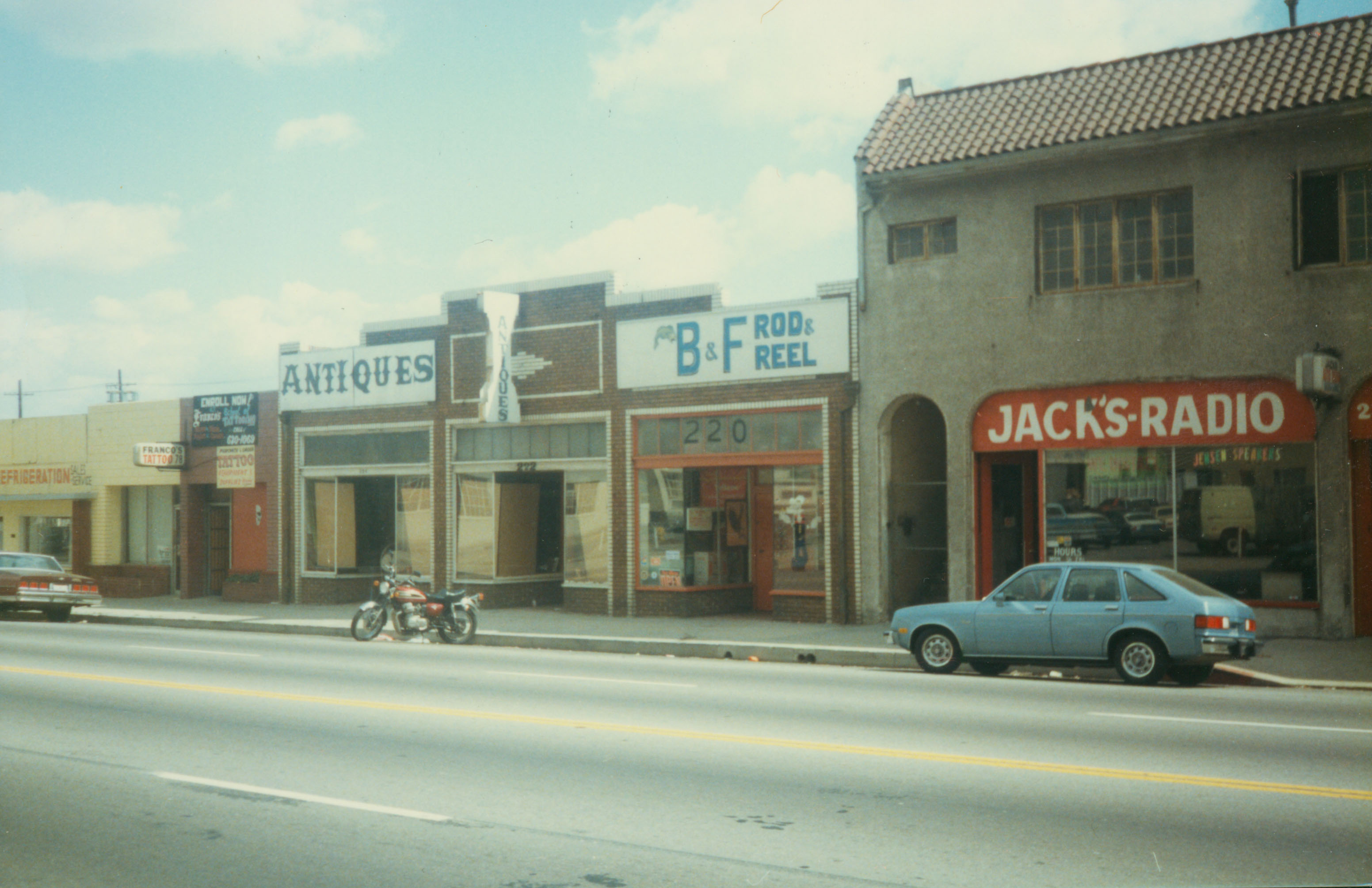 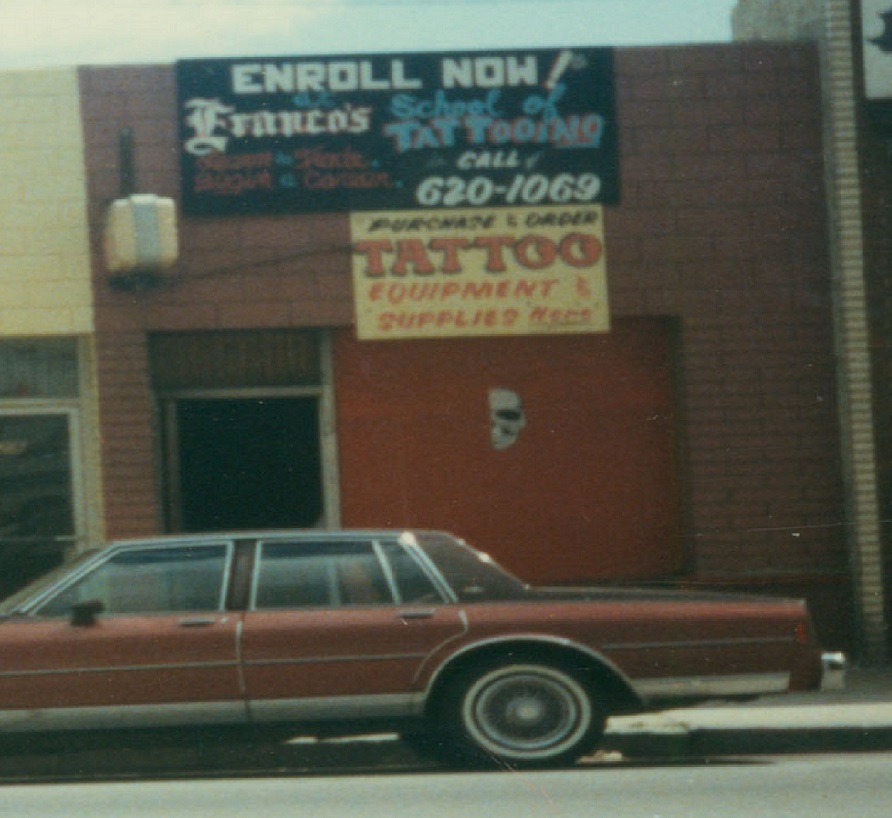 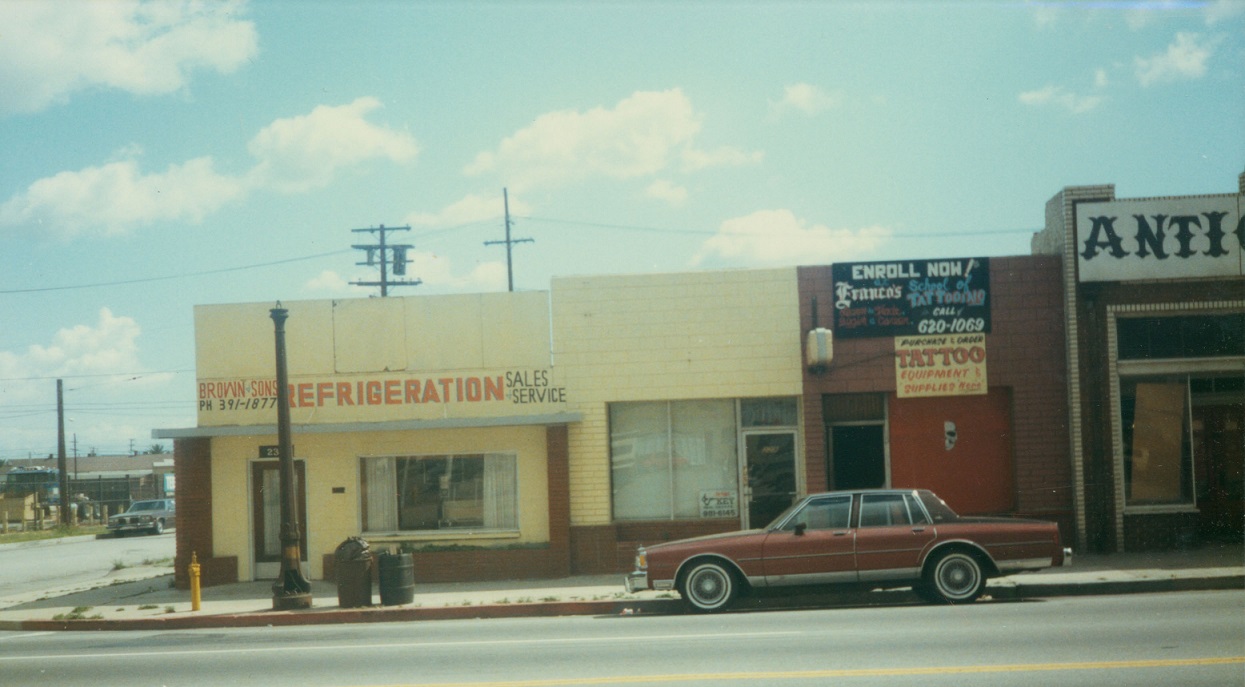