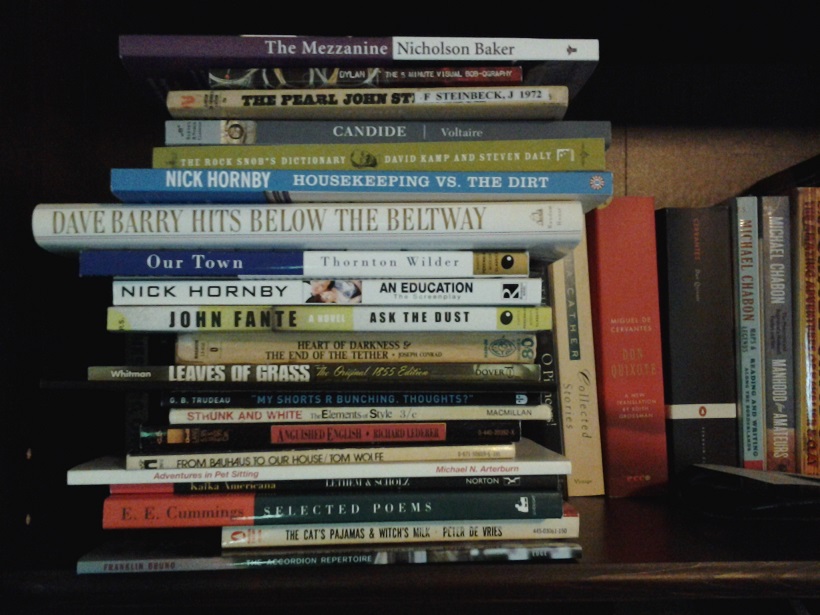 I can look at the spine of any unread book on my shelves and within a minute be mad at myself that I haven’t read it. There’s even less excuse in the case of some of my slimmest books, the ones that could be read in a couple of days, or even in an afternoon. So in March, I gathered up all the latter and read as many as I could, which turned out to be 22.

Low-hanging fruit, as far as my unread books go, and it was high time I went for it. All these books were 200 pages or less, usually quite a bit less. Other than two on my nightstand that I read over the course of the month, none took me longer than three days. For the first 11 days of March, assisted by a staycation, I read a book a day, everything from the top of the list above through Willard Hunter’s book.

It was an interesting experiment and it accomplished what I’d hoped, which was to clear some of the most obvious books from the unread category. Twenty-two books — or, more accurately for this blog’s purposes, 21 1/2, as I read the other half of “The Cat’s Pajamas & Witch’s Milk” in February — is far too many to discuss here. “Our Town” and “Housekeeping vs. The Dirt,” a collection of book reviews, were among my favorites. Feel free to ask in the comments section if any title above strikes your fancy.

To take the photo below, I got on a stepstool. One dismaying fact about the photo above: I shot it so that I could easily crop the photo from the right, and as I began to do so, I realized that of the seven visible books on the shelf, I’ve read one. (Of the ones hidden behind, only two are unread.) I decided to leave the photo as is.

Conrad’s “The End of the Tether” is the oldest book from my collection read this month, dating to my childhood; I read the other half of it, “Heart of Darkness,” back then but never read the longer piece. (My procrastination habit began early.) The Dave Barry book, which was disappointing by the way, was bought upon publication in 2001. All the others are more recent, including one that was given to me this month and was read almost immediately; it took only 15 minutes, but it’s between two covers, so I counted it.

Twenty-two books was fun. At various points, I would finish a book one afternoon and be faced immediately with the choice of which one to start next. I was on fire, reading-wise. I could have employed an aide whose job would have been to toss me the next book. Some blazing-fast readers go through normal-sized books every day or two, but for most of us, we linger over a book for a week or more. This was a novelty.

Twenty-two doubles my previous best and will not be repeated, at least not before retirement, or the collapse of the newspaper industry. I’m not looking forward to either. I may have enough slim books left for another month: say, 10 books, one every three days. But the low-hanging fruit is gone. Onward to another month of the typical five or six books.

As always, we want to hear what you’ve been reading. Even if you read only one book, take heart, because surely it was longer than anything I read last month.

Next month: He reads five or six books. 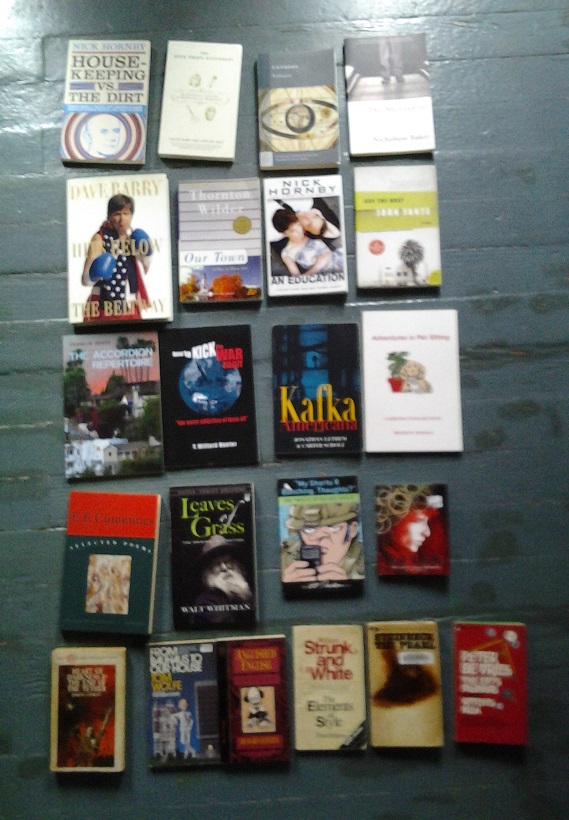