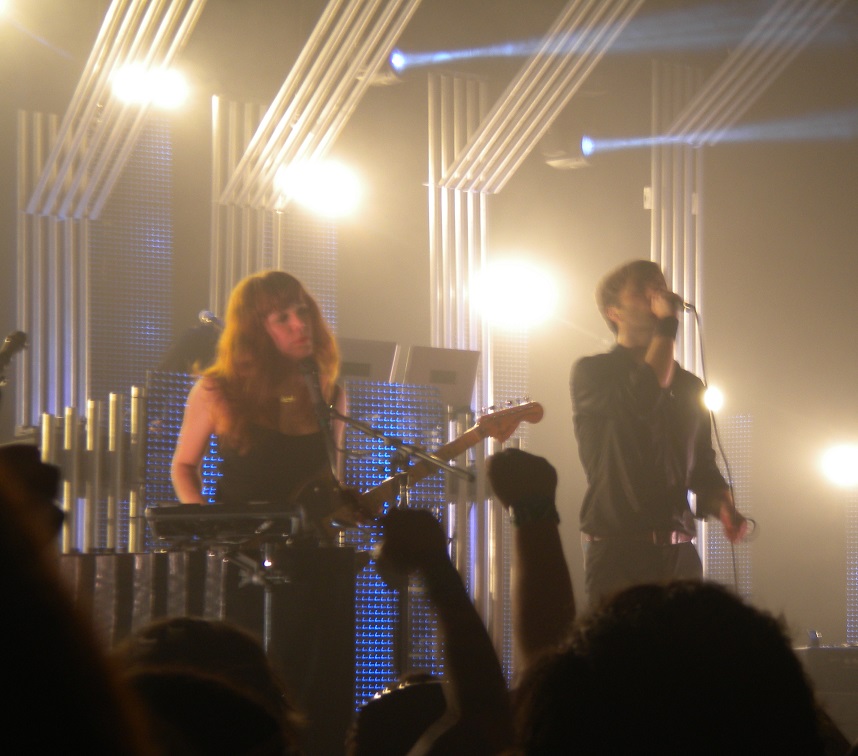 Above are Jenny Lewis and Ben Gibbard of the pop group Postal Service, performing at the Fox Pomona on Monday night. Excellent show and my new favorite band. Is it possible to say that about a lineup that released its one and only album 10 years ago? It was reissued with bonus tracks last week, and purchased by yours truly, who had never heard of them until recently. The band has reunited for a spring tour and Coachella festival appearance, but probably not for new recordings. Well, I love them anyway.

They performed every song off their album (how could they not have?) but in arrangements that were more urgent and guitar-driven. Beautiful stuff.

Below, fans congregate outside the Fox afterward. Third Street is blocked off at Garey and Thomas streets, allowing fans to take photos of the blazing marquee without fear of traffic. A nice touch. 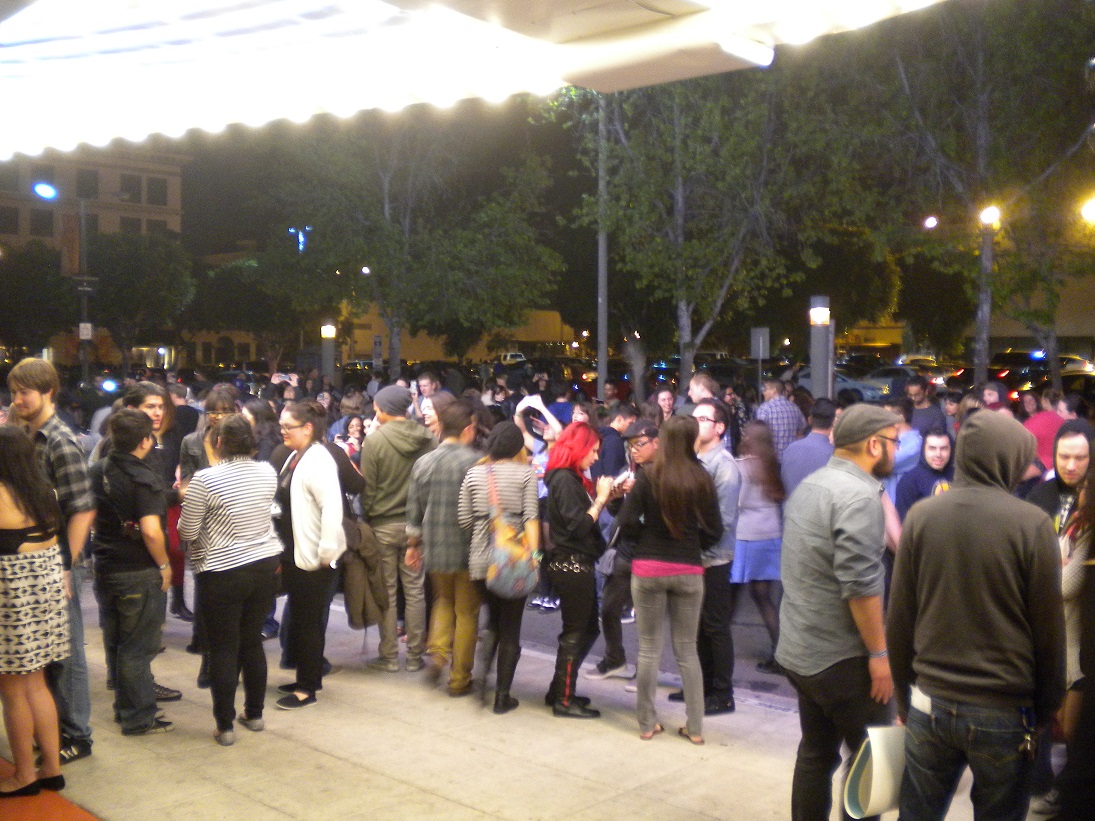