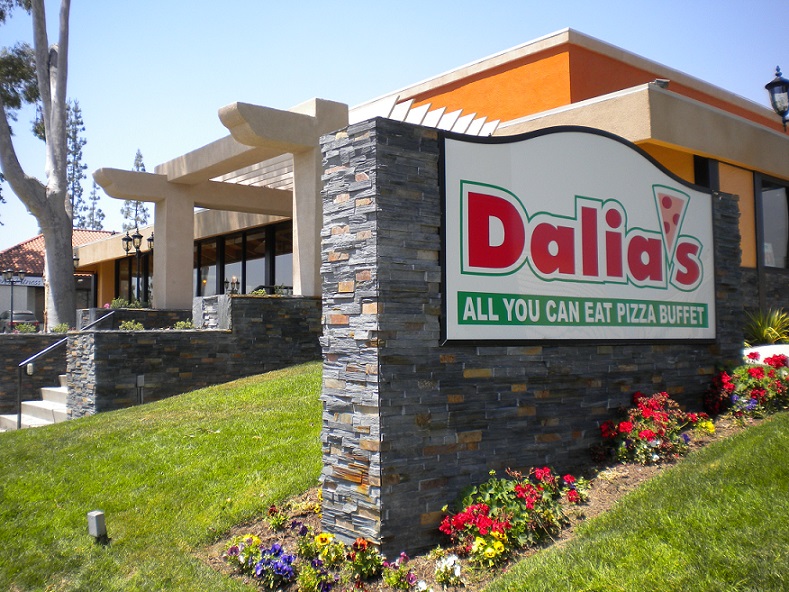 The former Sizzler on Base Line Road has been converted into something almost unique to the area: a pizza buffet. No, not just like Shakey’s or someplace where they have a buffet at lunchtime. I mean it’s all-you-can-eat all the time, like HomeTown Buffet. There is no menu to order from.

Curious, I went there for lunch one day last week. I paid my $7.49 at the cashier for a buffet and $2.39 for a soda (“all you can drink”) and then checked out the offerings.

There is pizza, obviously, seven or more at a time, even at 1:30 p.m. when I arrived. And there is salad, soup, pasta and garlic knots. They also have fried chicken, french fries and onion rings. And there is soft-serve ice cream, cookies and even chocolate-covered strawberries.

The salad was fine, the Italian wedding soup not bad, and a ravioli was unexpectedly meaty. The pizza, oddly enough, was the weak link, blandly sauced, bready and unmemorable. I ate six slices anyway. It seemed like the thing to do.

(I didn’t take pictures of my plates of food. With a buffet, photos seemed kind of beside the point.)

When I left, after 2:30, the buffet had eight pizzas out, and there were still a handful of customers. A manager told me that during the afternoon lull, customers can request a pizza, saving the kitchen from putting out a lot of food no one is there to eat. But by 5 p.m., he said, people start coming in for dinner ($9). Putting out individual-serving submarine sandwiches is under consideration, and customers can place to-go orders.

Dalia’s has six other locations in the area, most of them take-out or delivery only. I thought Dalia’s pizza buffet might be unique, but CiCi’s Pizza, a Texas-based buffet chain, now has a location in Chino Hills (4200 Chino Hills Parkway).

It’s an interesting concept and Dalia’s does seem to be trying. I might even go back for the novelty factor. I wish the pizza were better, though. 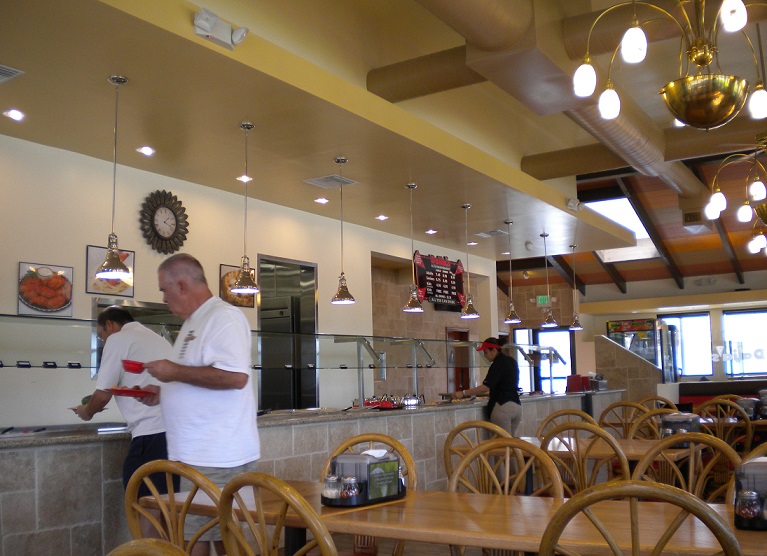