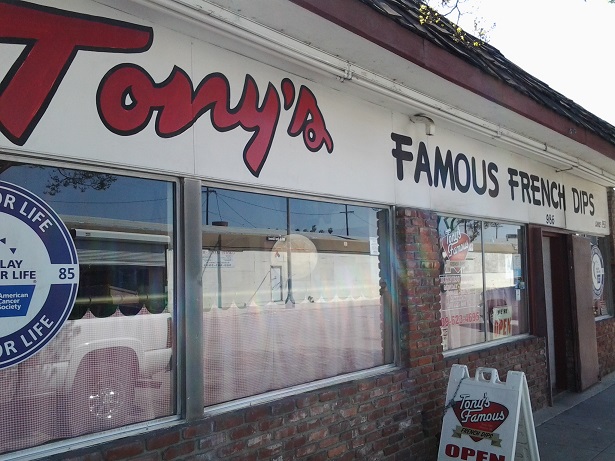 It’s called Tony’s Famous French Dips, but chances are you’ve never heard of it. Located in an unassuming building in an industrial zone, Tony’s is 10 long blocks east of Garey, and thus on the far edge of anything that could be considered downtown Pomona (although the skyline is visible in the distance, like Oz).

That said, Tony’s has been dipping roast beef into au jus since 1958 (55 years in 2013!), and somehow hangs in there, the Inland Valley’s counterpart to Philippe’s or Cole’s (both in L.A. since 1908). I’ve eaten at Tony’s maybe a half-dozen times over the years and returned recently, a few years since my last visit, for a fresh look.

Comfortingly, nothing seems to have changed, including the staff, the cane chairs and vintage Pomona photos on the walls, although presumably the sawdust on the floor has been swept out a few times. OK, one change, which is that due to the Health Department, you now have to ask for a small refrigerated container of horseradish sauce instead of using a shared dispenser on the counter. Hey, even Philippe’s had to put its mustard in squirt bottles after inspectors frowned on the open mustard and tiny spoons.

I went for lunch with a Tony’s veteran, who hadn’t been there in a long while, and two newcomers. We all got beef dips. “That was really good!” one of the first-timers exclaimed, pronouncing himself stuffed. More critically, the weak spot is the soft rolls, no match for Philippe’s crunchy, fresh-baked rolls. On the other hand, Tony’s is a lot closer, and you won’t have to wait in line. 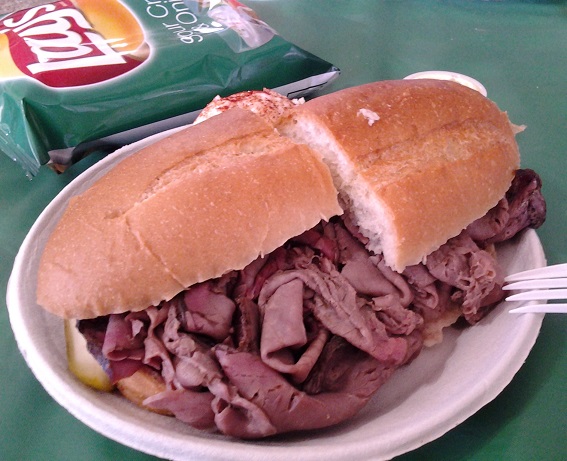 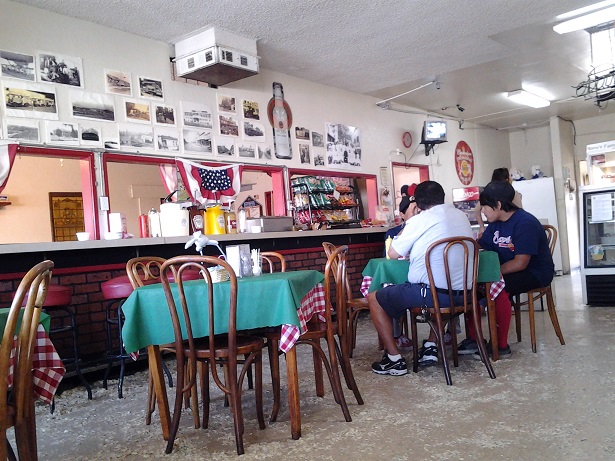