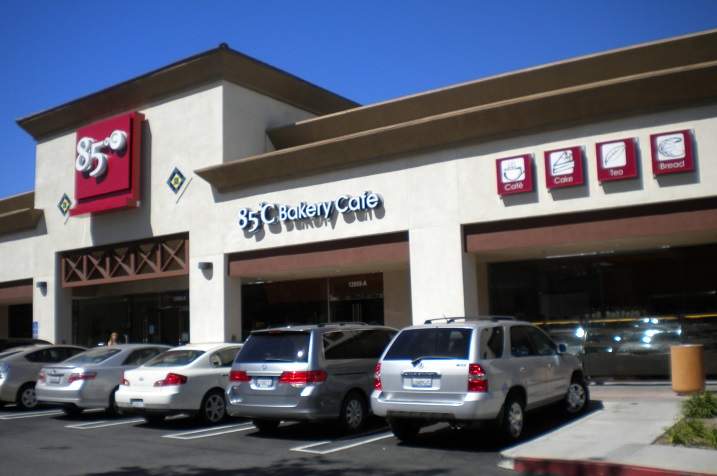 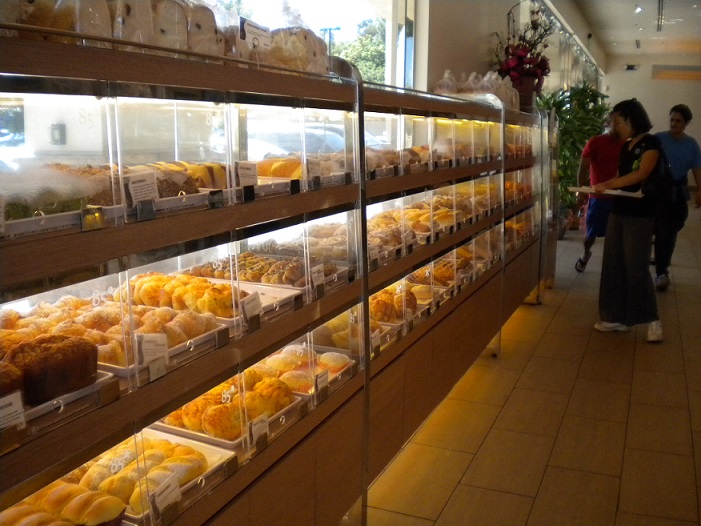 Sometimes called the Starbucks of Taiwan, 85 Degrees Celsius has been sprouting in Southern California’s Asian enclaves, with locations to date in Irvine, Hacienda Heights and West Covina. A Chino Hills outpost opened in July. It’s the largest at 5,000 square feet and took over the defunct City Broiler.

It’s been radically transformed, with lots of windows and lots of seating, as well as a shady, pleasant rear patio. I met a friend for lunch who had previously shown me the one in West Covina, so I knew what to expect.

Breads and pastries, both savory and sweet, are displayed in clear plastic cases, from which you pluck whatever you want with tongs and place them on a cafeteria tray. If you’ve been to a panaderia, you’ll recognize the concept. When you pay, each item is put into a clear bag. They also sell coffees, smoothies and other beverages.

So it’s basically a bread buffet, a carbohydrate cafeteria. Three pieces will generally fill you up. We had a pork sung bun, wheat germ mushroom, garlic cheese, and ham and onion roll, with red bean bread and mocha bread for dessert. Each was from $1.10 to $2. I also had a taro slush drink ($3.75). So, two of us had a satisfying lunch for $13, and I saved the mocha bread for breakfast the next morning. It was too bready for me, and the pork sung bun, essentially a bun dusted with powdery pork, was too dry for my taste. The rest were delicious, and I liked my drink too.

Definitely worth a visit: The items are different and really good (people rave about the sea salt coffee too), and as there will be more 85 Degrees locations, you may as well try one now so you can brag to your friends when one pops up in, say, Rancho Cucamonga that you already know all about it. 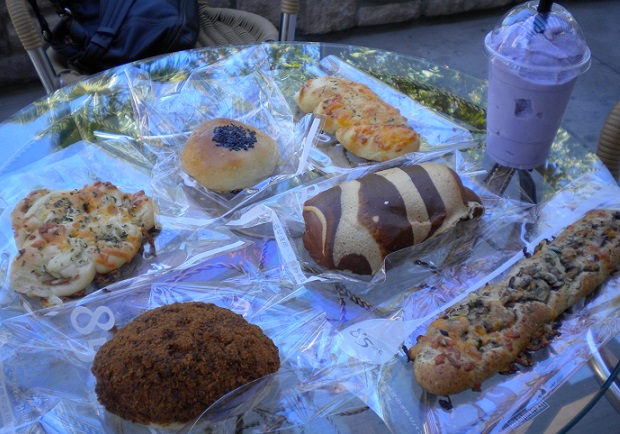